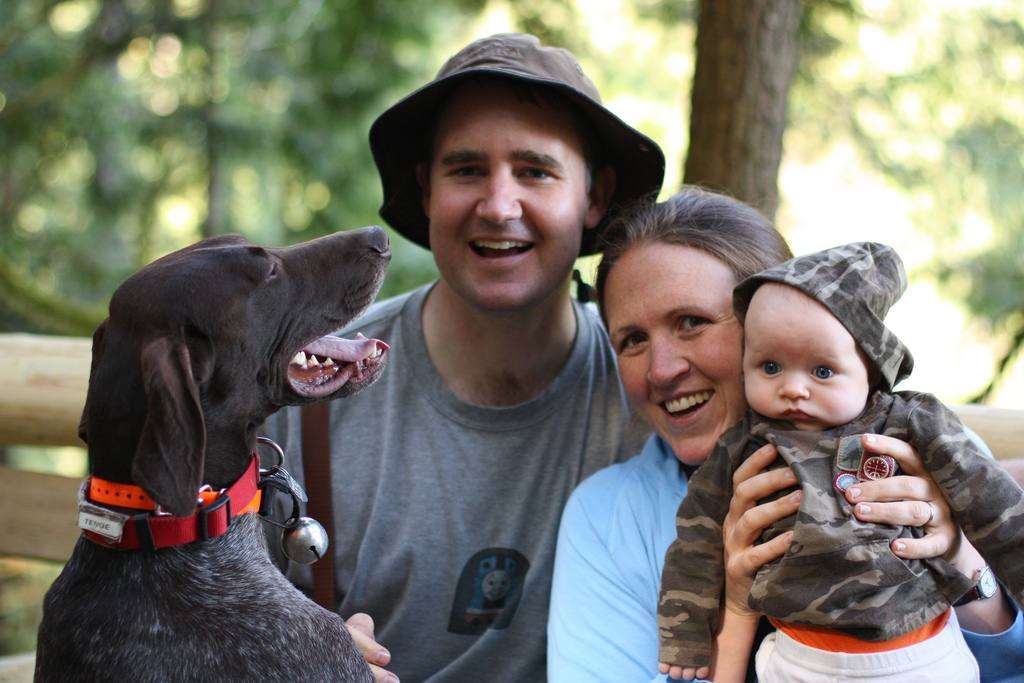 The Great British Family Report 2017 has been released today, and you can grab the headlines right here, before anywhere else.

The report was commissioned by Nationwide and saw 2,000 families polled on everything from work to finance. The results are fascinating and have some big implications for us dads.

What are the Great British Family Report headlines?

Who knew that the average family consists of two children, a pet dog, an income of £29,688 a year, a three-bed house and a Ford Focus? Well, whatever the ‘average’ family is, the report also shows that parents work an average of 30 hours a week and invest as much time doing household chores as spending time together (18 hours).

The survey also reveals that women are far more likely to manage the household finances than men and also do an average of seven hours more housework per week.

Let’s pause there for a moment…

We spend as much time doing household chores as we do with our family? On top of working 30 hours a week?

That to me just doesn’t sound ok – granted, for many, we have little choice when work is concerned, but when household chores start eating into quality time with the kids and partners, there’s something wrong.

I guess it’s fairly historic that women do more housework per week; the traditional stereotypes still haunt the British culture, despite the best efforts of us stay at home dads swimming up stream.

The report shows that women are more likely to control the family finances, with over a third of women saying they manage the budget.

Surely this should be a mutual effort?

Apparently, the average household earns £29,688 a year – and linked closely, the biggest worry for British families is income and money. I guess this is no surprise when the average family owes an average of around £6000 to various lenders. (Car, student loans, credit cards, personal loans).

Childcare and school costs (This never ceases to amaze me!)

Just over half of British families surveyed use childcare, including breakfast and afterschool clubs, with children attending sessions two days a week on average.  This costs families around £2,000 each year.

Are we all playing happy families?

The report states that 91% of parents’ class themselves as happy with family life, with nearly a third saying they are extremely happy. This is despite parents conceding they argue with family members on average twice a week and, like I said at the start, find themselves spending the same amount of time doing household chores as the time they spend together.

I don’t want to sound pessimistic, but this can’t be right – were these parents being honest?

We asked the 7000+ in The Dad Network closed group and it turns out that actually, these stats may just be accurate.

How do you keep the kids entertained?

Families spend an average of £558 per annum keeping their children entertained or busy, although many manage to keep their kids busy without needing to spend a penny. The top five ways parents keep their children busy are:

Gadget time also plays a large part of keeping children entertained in British households, with a third of parents admitting to using gadgets in this way.

I’ve never been a fan of chores – and apparently I’m not alone – parents despise a whole range of chores, with constantly tidying up after children considered the worst chore of all. The top five worst chores include:

What do you worry about?

When it comes to worries, money tops the poll for two in five, while around third worry about their children’s happiness and almost a third feel they don’t spend enough quality time with their children.

Which is exactly why I decided to find a way of giving up ‘work’ and become a stay at home dad.

Dad’s worries centre around work, with over a quarter concerned about work life balance. Don’t you think it’s time that we did something about this?

Around one in six regret working too many hours, with dads regretting this more than mums.

Losing patience with children so easily topped the poll when it comes to guilt and I think we can all empathise with. A close second is allowing too much gadget time and third was wishing they had spent more time together as a family.

Are there trends coming from this report? It’s definitely made me think about a few things. What about you?