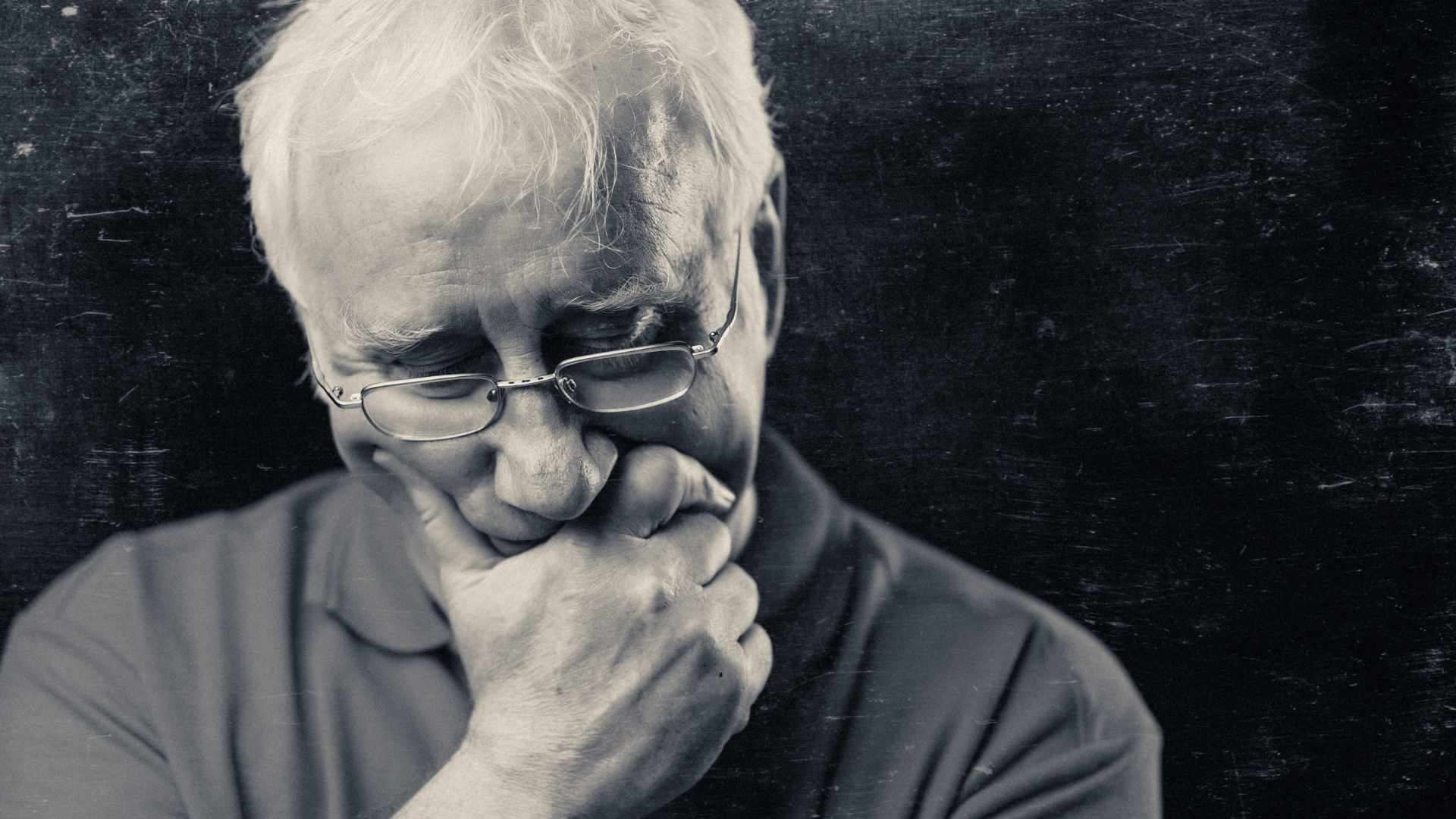 It is Grief Awareness Week and a time when we seek ways in which we can help support others who have lost someone. Grief can occur for many reasons and can manifest in multiple ways. This means that identifying when someone needs help can be tough, but if you do think a loved one is struggling, ask them if they are okay.

In order to show that talking about grief can be a positive experience for many people, we have collected together some quotes from celebrities who have publicly discussed their feelings over loss. If this inspires you to find support, the Good Grief Trust will help match you up with the course of action that best suits your position.

The doctor-turned-author and comedian wrote a memoir called Undoctored earlier this year and, amongst other themes, he touched on losing a child. The writer of This is Going to Hurt, which was made into a BBC series, said at the time of release: “I feel extremely scared about this stuff I’m saying being in the public domain. But I think if it can make one person decide to get help about something, then it’s worthwhile.”

He also reveals that he and his ex-wife lost a child, which they discovered during an ultrasound scan in the hospital where he worked. He admits he was determined to press on with work. “I was really struggling,” he admits, “and I was made to feel that you shouldn’t say anything, which made things worse. But if you’re struggling with something you have to talk about it.” 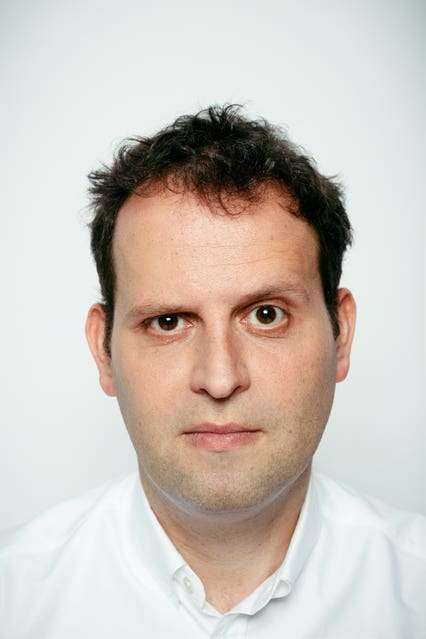 Kay considered asking if he could step out of early pregnancy clinics for a while, but was too embarrassed to ask any of his colleagues to cover. He also felt jealous and resentful when every day, people were having healthy babies all around him. He was denied time off, wasn’t offered counselling, and tried to move on.

“Losing a child didn’t make it easier to work on labour wards and in fertility services,” he reflects. “The more you push something away, the bigger the explosion when it comes to the surface, and a couple of years down the line I found myself really struggling with that. It was acutely difficult when I was working on the labour ward and remains difficult when I hear happy news from friends who are having a child.”

Kay says he held on to the grief, hiding it for years, and hopes that his honesty in the book might prompt other doctors who are struggling to speak to someone too.

Joe Swash on losing his father as a child

Former EastEnders star Joe Swash found therapy in cooking after the death of his dad. When Swash was 11, his taxi driver father Ricky passed away suddenly. “He would do a lot of half marathons, he would run three or four times a week,” Swash recalls with pride.

“He really ate healthy. Like he would cut the fat off his bacon – I love the fat on my bacon! The doctor said it was a thing called sudden death syndrome,” he explains.

But, without counselling, he found it hard to come to terms with his loss. “My mum and my sisters were crying – I sort of couldn’t ever open up and do that myself. I’d only ever cry or show any emotions if I was by myself,” he recalls. 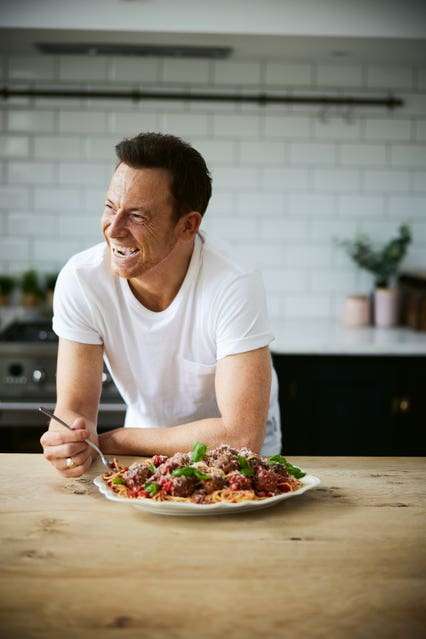 “It was a really sad, sad time in my life. I sort of detached myself from it a little bit. It almost feels like I’m talking about another little boy, not really me.”

“It’s something that’s always been with me, something that I feel changed me quite a lot. I always wonder what I’d be like if my dad was still with me, you know. Some of the bad decisions I’ve made in life, would they have happened?”

He admits that the kitchen is the place where he finds himself happiest and has now learnt to appreciate the time he had, rather than regret the time they didn’t. “Overall, I’ve got to thank my lucky stars that I had him for the amount of time I did, and the impact he had on my life,” says Swash.

Tom Allen on losing his dad as an adult

Recalling the last text he received from his dad before he died suddenly late last year, comedian and TV presenter Tom Allen admits they were very different people. Paul, a working class coach driver from Bromley in Kent, was very practical compared with his “creative, flouncy, oversensitive” son, says Allen.

“He was saying he should come and bleed the radiators in my house,” he recalls, “He had the best heart and, rather than poetic mantras, and in contrast to my quasi-‘posh’ outlook, would say things like ‘Shove it!’ to dismiss anything stressful.”

In his book Too Much, he pays homage to his late father, who died aged 80 from a heart attack on his way to a London show. 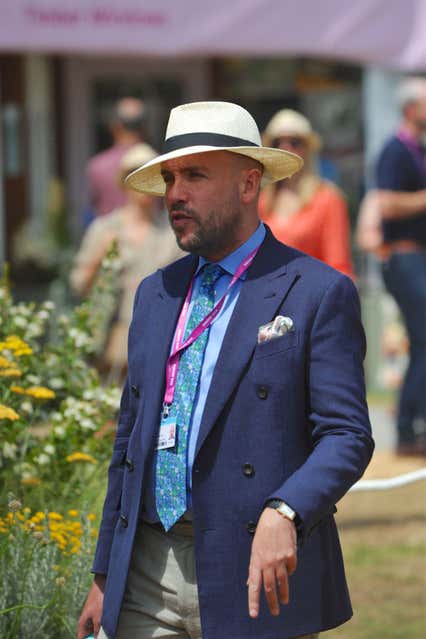 “There’s a catharsis putting things on the page, and you come to understand your own emotions by relating them like that,” he says. “I hope that in doing that, it makes other people realise there are good days and bad days in this world.”

Allen was on holiday in the Caribbean with his partner, Alfie when his father died. “We were there for a day when I got the call. Then we had another odd day waiting to fly back to the UK. I don’t normally do extravagant things like going on that sort of holiday and part of me thought, ‘That’ll teach you!’”

He realises he was in shock in the immediate aftermath.

“In those moments, you have to cry when you feel like it. You’re suddenly given this permission to be emotional and honest with people around you, and I feel it’s brought my mum and my brother and I very close together, in a positive way.”

How to support someone going through grief

Grief Awareness Week is a good time to think about how to support loved ones through grief. Mental health charity Mind suggests that you don’t avoid the topic of loss with friends and family who have suffered loss. They suggest:

Do you have any advice on dealing with grief? Leave it in the Comments