Wrong…
For as long as I can remember I’ve always wanted to have kids. I always imagined I’d be a great dad. I looked forward to having so many adventures and being someone they could look up to. So when my wife told me she was pregnant I was so excited.
Our pregnancy was fairly uneventful but the day Fawn was born I can honestly say was the best day of my life. It was such a magical experience watching my daughter enter this world.
The day after she was born we took Fawn home and were immediately hit with the realisation of how difficult having a baby was. Fawn is our first child and I don’t care how much you get told about how hard it is, nothing really prepares you for what’s it’s actually like.
I took paternity leave for the first two weeks so I could be at home. They were tough but we both worked together (in between the sleep deprived arguments) and with the help of our family we were able to slowly get the hang of this parenting lark.
Those first few weeks went by pretty fast. Lawrie, my wife, was amazing and watching her grow as a Mum and connect with Fawn was beautiful. However, at the same time it was heartbreaking because although I’d not had the courage to even admit it to myself, I knew deep down something wasn’t right.

I didn’t want to admit it at first but the longer it went on, the more unavoidable it became. There was no doubt in my mind that I had a paternal instinct. I wanted absolutely no harm to come to her at all and I would have died to protect her. But that bond so many people talk about, just wasn’t there. Fortunately the madness of being first time parents kept me busy enough to keep my mind of it most of the time and I convinced myself it would come.
Going back to work was when it hit me the most. I was inundated by the same questions over and over again.

I could hardly answer them truthfully, could I? I knew what a “normal” new parent would say so I told them what they wanted to hear.

“Everything is great, were so happy”
“Fawn is perfect”
“It feels amazing to be a dad, I can’t tell you how much I love it!”

I told these lies over and over again to more and more people; work colleagues, friends and even family. I watched as they accepted this truth so easily. This “truth” that was so far from it. The only person I couldn’t convince was myself.
I felt like my dreams of being this amazing Dad had been stolen away from me. I felt empty, substandard. The words “not good enough” rattled through my thoughts and the guilt I felt was immense.
That guilt of not loving my own daughter consumed me and I was terrified it would never change. I would never get “that bond.”

As time went on, resentment crept in. Resentment of this person I was sharing my house with. Who I had to look after but struggled to feel anything more than a sense of duty for.

I got myself caught in a vicious cycle. I didn’t feel connected with Fawn so I didn’t want to spend time with her. On my way home from work I would hope to get stuck in traffic so I wouldn’t have to feign affection towards her. On the nights I got home early there was always an excuse as to why I couldn’t cuddle her.

I know now that the more I avoided her, the harder it actually was to make a connection with her. And even today as I sit here and write this I feel ashamed.

My Wife had asked me what was going on multiple times and I gave her the same fabricated story I gave everyone else. She was the one person who could see through it and she knew I was drifting further and further away.

I remember vividly the day I told her everything. We were stood in the kitchen and she wouldn’t let it go. I was terrified. Absolutely terrified. What would she think of me? How would she react when I tell her that I don’t think I love our child?

I literally felt like the weight of the world had been lifted off my shoulders. For the first time, I told someone exactly how I felt. My lack of connection with our daughter and my fear that this would never change. She didn’t recoil in horror or judge me. She was amazing. We talked it over and set out a plan. I spent more and more time with Fawn, interacting, making sure I got up with her on my own in the morning and taking her out for some Daddy Daughter time on a Sunday etc.

Braking that vicious cycle was the best thing I could have done.

It didn’t happen overnight but that first step. as hard as it was, it lead to the next step, then the next and took me to where I am today. To a place where I can say, I truly, deeply, madly LOVE my daughter! 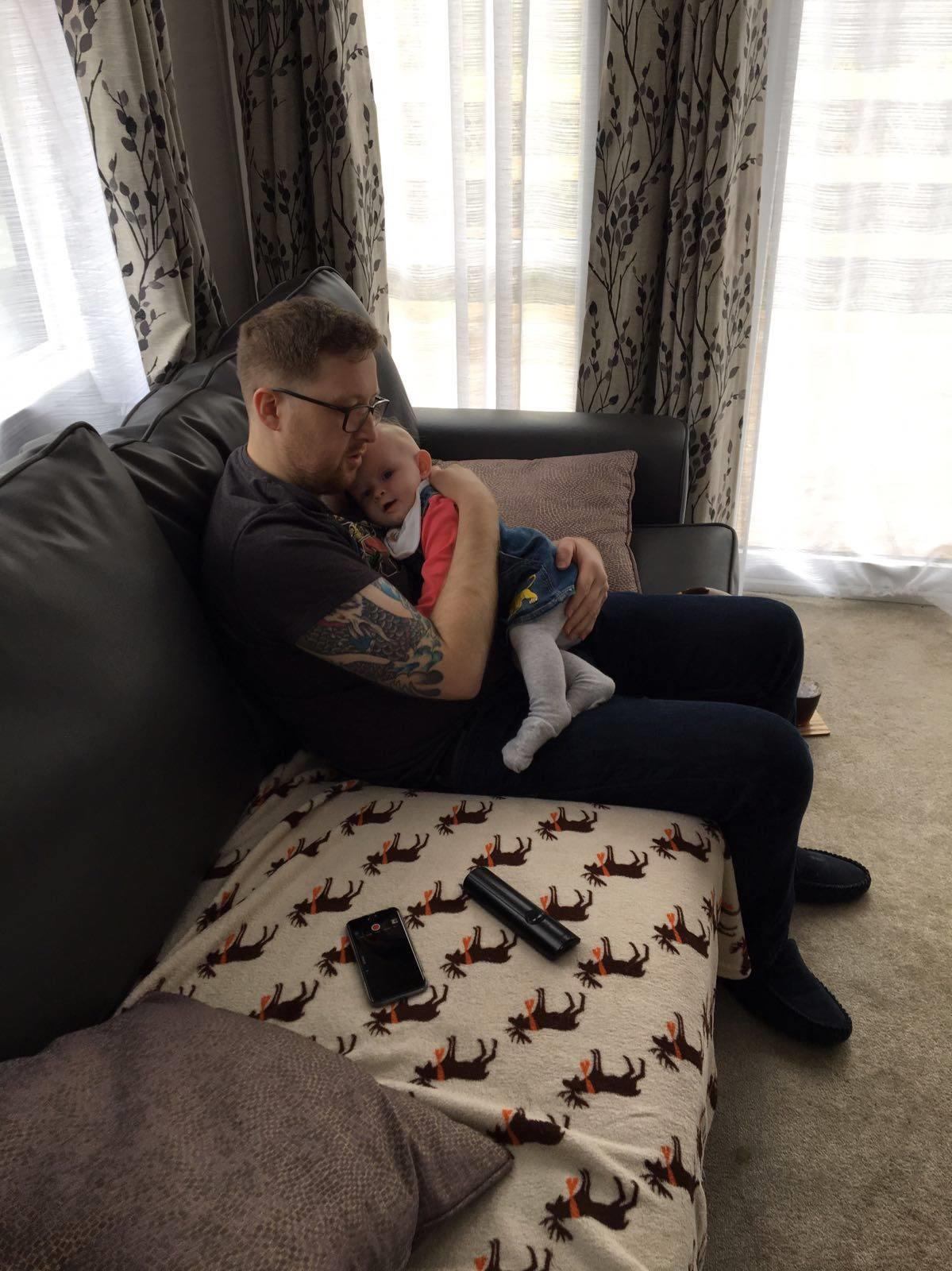 Breaking the stigma of PND for men

This was my story. It wasn’t sugar coated. I was as honest as I could be and tried to articulate how I felt as best I could. And I think it is so important that others do the same.

One of the biggest reasons I put off admitting how I felt for so long was because I thought I was alone. Men suffering from PND just wasn’t on my radar. I, like most others didn’t think it happened to men.

The truth is the total opposite and I think more needs to be done about this so that others know they are not alone.

We need to break down the walls surrounding this issue and start the conversation.

My only hope is that someone, somewhere sitting at home struggling as a new Dad reads this post and realises that they are not on their own.

And it does get better….