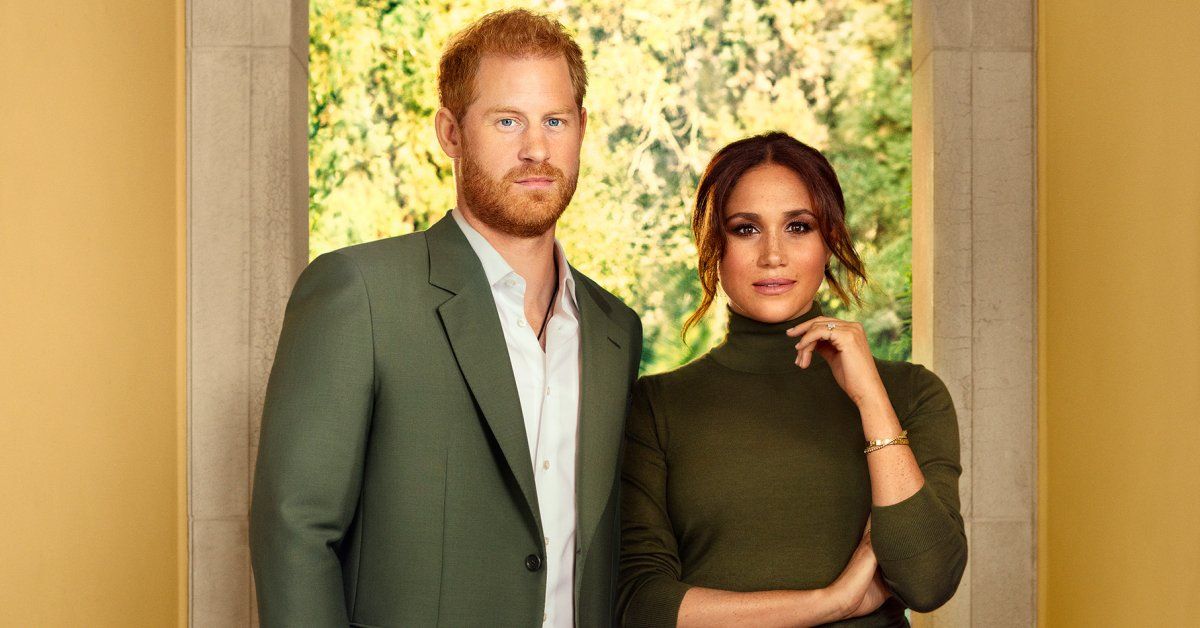 HRH Prince Harry and Meghan The Duke and Duchess of Sussex have been named in the Times 100 Most Influential People.

The article written by a Spanish chef, José Andrés, discusses the Duke’s past military service, likening it to the Duchess’s humanitarian mission.  In it, Andrés states that ‘They give voice to the voiceless through media production.’

Hand in hand with nonprofit partners, they take risks to help communities in need—offering mental-health support to Black women and girls in the U.S., and feeding those affected by natural disasters in India and the Caribbean.

Twitter has gone into a melt-down over the cover photo which is heavily edited and airbrushed, with some noting that the prince’s famously receding hairline has been adjusted.

This looks like Harry is her hairdresser and he’s looking into the mirror explaining what he did to her layers. pic.twitter.com/pLA9Ox034r

The former “Suits” star, 40, and her royal husband, 37, made the Time 100 list for their charity work with the Archewell Foundation, which they named in honour of their son Archie.

Other people included on the list are Dolly Parton, Tim Cook, Xi Jinping, the General Secretary of the Chinese Communist Party, and a co-founder of the Taliban, Abdul Ghani Baradar.

This isn’t the first award that the couple has received this year.  Back in July, they were commended by an environmental charity after they decided to reduce their environmental impact by only having two children.  Population Matters, a UK-based charity that campaigns for a “sustainable human population” said it had chosen the couple to receive an award for taking “this enlightened decision.”

What do you think about the Duke and Duchess’s latest award?  Tell us in the comments below!