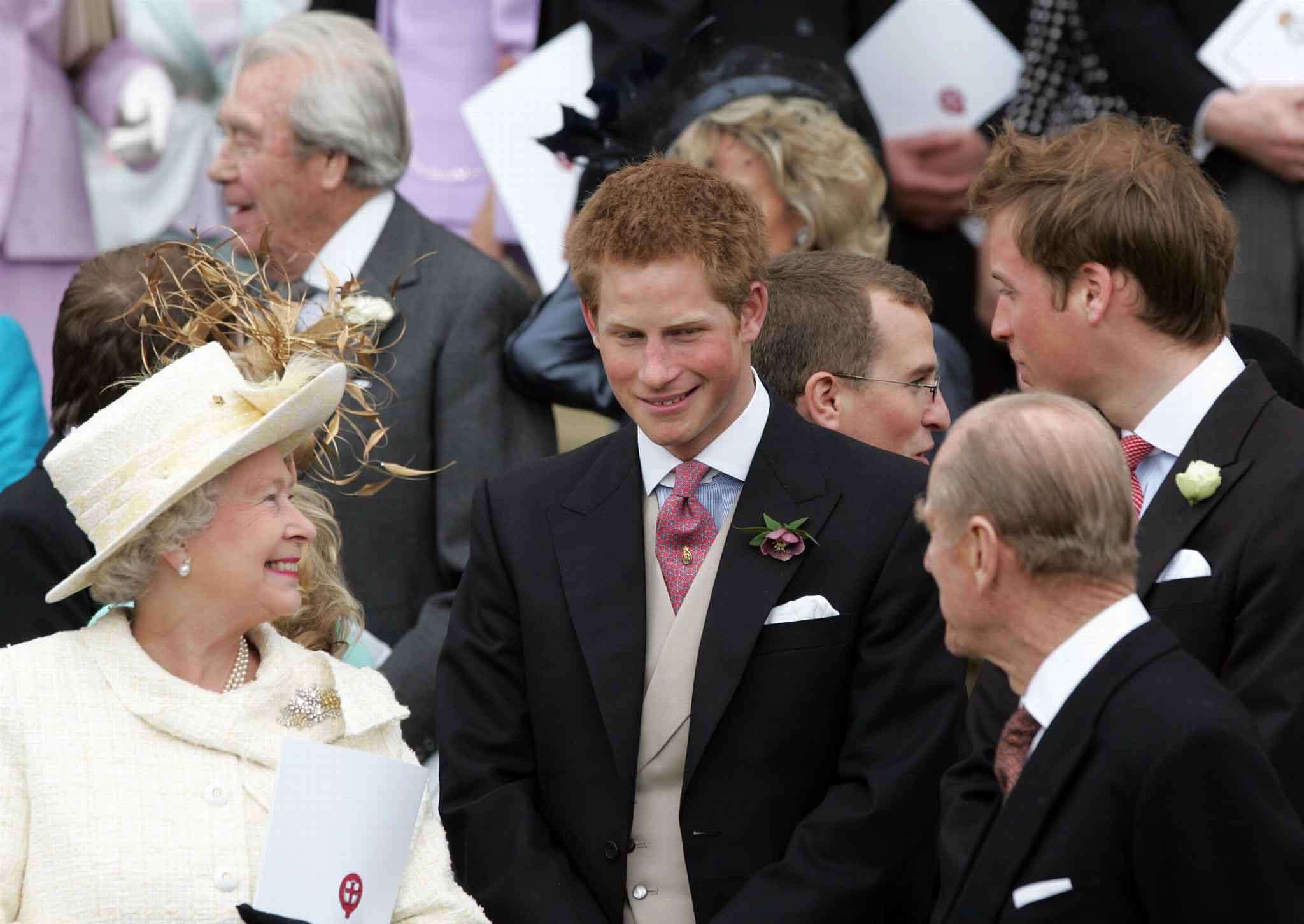 The royal family aren’t exactly known for displays of emotion or physical affection, and that stiff upper lip parenting mentality shines through in the Duke of Sussex’s new memoir.

In his autobiography, Spare, Harry tells tales of how his grandmother, the late Queen, “swerved” to avoid a hug from his mother, Diana, and how after going on a royal tour for several months, the Queen returned to greet the five or six-year-old Charles by offering him a firm handshake.

And the lack of overt affection seems to have permeated throughout the family. After coming home from Afghanistan and giving a press conference, Harry writes: “I walked out of the room, straight into Willy and Pa. I think Willy hugged me. I think I gave Pa a kiss on each cheek. He might also have… squeezed my shoulder? It would’ve appeared, to anyone at a distance, a normal family greeting and interaction, but for us it was a flamboyant, unprecedented demonstration of physical affection.”

While experts can’t pinpoint how Harry’s childhood might have impacted him later in life, psychologist Dr Audrey Tang speculates a stiff upper lip parenting style can have potentially damaging ramifications…

What we can learn about stiff upper lip parenting

It can stunt emotional expression

Harry says when he was at a Jubilee concert with the Queen: “More than ever before, I wanted to give my Granny a hug” –  the implication being that he couldn’t.

Tang says plenty of research shows the importance of physical touch and role modelling emotional expression. “One of the biggest problems a lot of people have is if parents haven’t been able to model emotional expression in a healthy manner, because that’s where you actually learn a lot of your behaviours in the formative years of your life.

“When it comes to hugging in particular, touch creates trust, and it’s actually faster to calm someone than anything anyone can say.”

However, she points out that in 1928, when the Queen was two years old, the prolific psychologist John Watson suggested touch wasn’t to be encouraged between parent and child.

“You’ve got to think back to how the Queen was brought up,” says Tang. “Not just because of the formality of being royalty, but if this was the research back then, and that Victorian behaviour passed through generations where children were to be seen but not heard, you do have to have a lot of changes in yourself when you’re demonstrating emotion to your family.

“Society is changing, we need to change with it, but not everybody is able to or wants to.”

But Tang also says you shouldn’t blame someone for not hugging. “It can just be some people simply don’t enjoy hugs, and that’s OK.” This could explain some of what is termed stiff upper lip parenting.

Tang says it can be very difficult for new partners to understand the unemotional behaviour in the other person’s family. “It can take a lot of getting used to, but it’s not impossible. It does take open communication and ownership of your behaviour,” she explains.

And kids who’ve been parented with a stiff upper lip mentality won’t necessarily raise their own children the same way. “They may go on to imitate the way their parents behaved, but alternatively they can become over-loving, seeking a corrective experience,” she says.

“They know what the ‘sins of the father’ were. and the problems in their own family. People who’ve had an emotionally neglectful family may become therapists, psychologists and teachers, seeking somewhere they can use the love and nurturing they never had themselves.

“But unfortunately, that may never solve the problem of having a better relationship with their own parents.”

Kids who are taught to keep a stiff upper lip become adults who hide their suffering.

Appearing composed doesn’t mean they aren’t hurting. They might be reluctant to show vulnerability or impose on others.

The emotions people express aren’t always a clue to the pain they feel. pic.twitter.com/TF2gzl4HhJ

Harry also reveals he didn’t cry over his mother’s death for 17 years, and recalls speaking to his then-girlfriend Cressida Bonas, saying: “‘This is the first time I’ve been able to cry about my mum since the burial’.

“Wiping my eyes, I thanked her. She was the first person to help me across the barrier, to help me unleash the tears.”

Tang suggests crying in public makes many people feel uncomfortable, because it can feel like someone’s lost control. “It’s much easier to tell someone to go and calm down rather than actually speak to them about why they feel so upset,” she says. And this might be the reaction of someone carrying out stiff upper lip parenting.

“There’s nothing to be ashamed of when we cry, and if you do cry in front of children, explain to them why it’s OK to feel sad and cry. It gives you the chance to reassure the child that it’s not their fault, because if you don’t explain it, they can assume they did something bad.

“Damage is most often caused not by the expression or the lack of expression of emotion, but rather by how it’s explained or managed. If a child doesn’t get things explained to them, or the explanation isn’t helpful, the child will make up the story in their own head.

“It’s certainly terrible to imply that emotions are bad, because this will result in the child struggling to express emotion in the future.”

Tang says how much stiff upper lip parenting very much depends on the child, and whether the parent explains why they behave in certain ways.

“If a family isn’t very expressive, you can grow up expecting to see that same behaviour, because that’s normal to you,” she says. “Unless it’s been explained to you that this person doesn’t show emotion, but it’s OK to do so [a child might be confused].

“It’s important that a person is validated for their feelings, rather than being told that the family doesn’t express emotions and just keeps a stiff upper lip. The child is then better able to form a more balanced opinion. We’re all wired differently, and just because someone else in the family isn’t hugely expressive, for example, it doesn’t mean their children will be, or vice versa. It’s the nature/nurture debate.

“However, what does tend to happen is no matter how a child is born, depending on the strength of the family and the culture where they spend their formative years, their behaviour can be shaped very quickly.”

Have you experienced stiff upper lip parenting? Comment below if you are willing to share your story