Helen Skelton: 10 ways to reignite the outdoor fun and freedom kids lost because of Covid 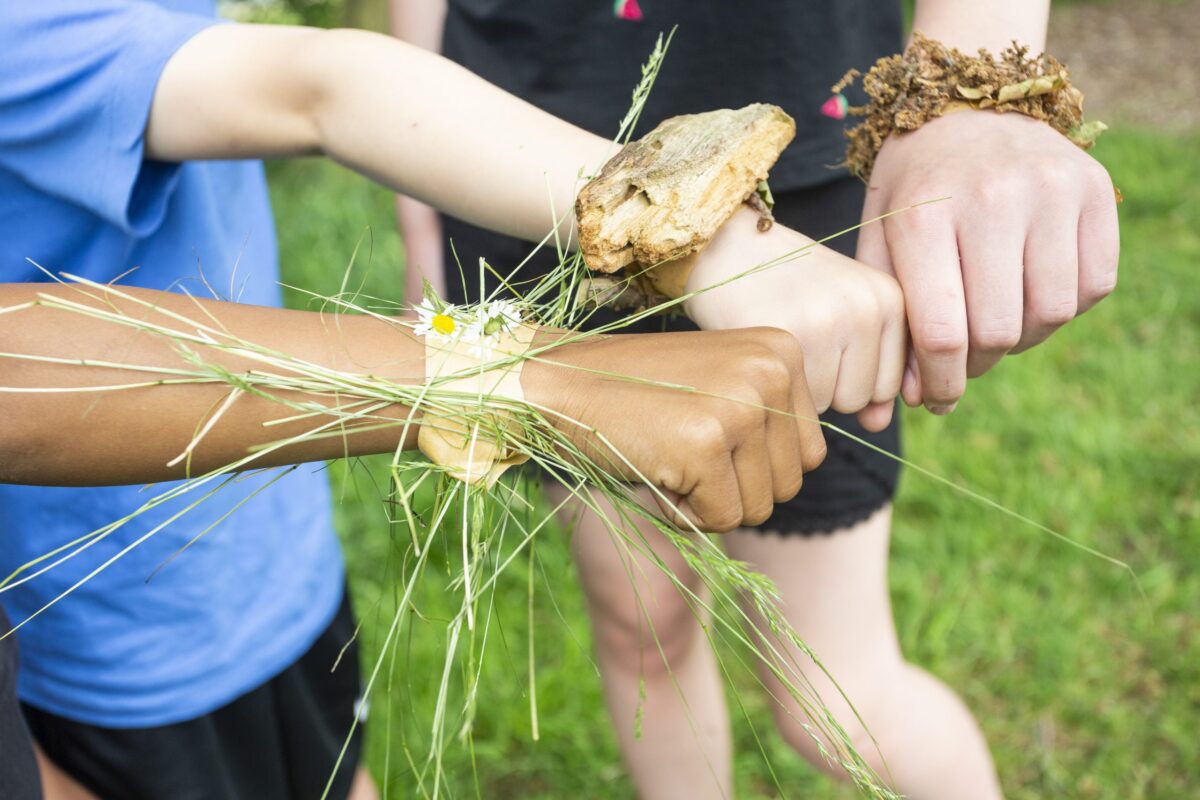 But fortunately for other entertainment-exhausted parents, Skelton has a few new ideas to keep her sons Louis, aged four, and Ernie, aged six, happy in the great outdoors, and she’s sharing them with other mums and dads.

“That’s why we’ve come up with these suggestions – the whole point is to offer easy, free ideas for outside to reignite the fun and freedom that we’ve all lost over the last year.”

Skelton, 37, who has teamed up with Soltan to suggest the ideas, adds: “When you’re a parent you’ve got so many things going on, and sometimes you think ‘What shall I do next?’ – but hopefully this is job done for them.”

The bubbly presenter insists parents don’t need to make much effort to keep their kids busy, happy and safe over the summer, and stresses: “I completely empathise with busy, tired parents – we’re all struggling a lot. I work crazy hours and I’m here, there and everywhere, and sometimes when you get home you just want to flop. But my kids are better behaved, they sleep better and they eat better if they’ve been outside and they’ve done something and had some fresh air.

“I definitely find with my kids that the busier they’ve been in the day, the more likely they are to sit down at night. It’s 100% true that if as a parent you invest a little bit of time on your kids, you get a lot of time back for yourself. You reap what you sow, that’s for sure!”

As an outdoorsy-type herself – Skelton was brought up on her parents’ farm in Cumbria, and often presents nature-related programmes including the BBC’s Countryfile and Channel 5’s Summer on the Farm – it’s no surprise that her sons, who she shares with her rugby player husband Richie Myler, thrive in the outdoors. “My two are very busy and active, but I’m lucky they like being outside,”  she says.

“They’re the kind of kids that are climbing on everything and that’s why I was so happy to get involved with this campaign. Anything that takes the stress and the hassle out of parenting is great.”

She’s also happy that not only were her boys too young to realise what they might have been missing during the pandemic, but they were still at an age where they were happy to just play with her or mess about outdoors.

“I’m lucky because my kids are so young that they didn’t realise what they were missing,” she says. “They weren’t bothered about going to school because they were only in reception, and they hadn’t done it for that long for it to become a habit for them, and they weren’t asking to see their mates because they weren’t the age where they went off for independent play dates anyway.

“I feel very lucky that during the hardest lockdown they were the age when they were quite happy to play with me and climb a tree and play with sticks and paddle about by a stream. They’re happier outside than in, like me – I’m hoping that lasts well into their teenage years, but I’m not naive, they’re like every child and the lure of screens is inevitable, I suspect.

“There’s no point nagging kids to do something they don’t want to do, so for me it’s all about creating enough distractions and activities for them to want to go outside. And long may that last!”

And those mum-driven distractions will have to last throughout the summer, as Skelton doesn’t think there’s much prospect of a foreign holiday to break things up a little.

“To be honest, I think we’re so spoiled in this country for all the things on our doorstep, I’ll just be exploring things closer to home. We’ll be in the park, and my parents are in Cumbria so hopefully I’ll spend a lot of time in the Lakes. Like everybody, I’ve not really seen my  parents – it’s been a testing time.”

Before you go outside, make a list of the creatures you’d like to spot and see if you can find them all.

Hop to the closest tree and back, crawl under the park bench, run up the hill and roll back down again. Once you’ve planned your course, make it into a game by timing how long it takes you to get round, or have a race with friends and family.

Put a piece of masking tape around your wrist, sticky side out. Once you’re outside, find pieces of nature to stick on to the bracelet: twigs, grass, fallen petals. Remember – don’t pick anything that’s still growing. Skelton says: “My kids are always trying to stick twigs to their wrists so they’re Power Rangers or something, but my friend’s little girl put loads of flowers on it to make quite an elaborate piece of jewellery.”

Go for a walk with your family and find something from every colour of the rainbow to create your own wildlife museum. It could be a pink petal, yellow straw or a green leaf. A painted eggbox makes a great display case, or you can simply take photos.

5. Learn to find your way with a map

Map reading is a great practical skill, so learn while you’re out exploring somewhere you’ve not visited before. Find a map of the area and work out where you are right now on it. Choose an end point and plan your route there – remember to have the map facing in the right direction!

What unusual or unexpected things can you see in the clouds – can you see a snake, a star or a face? See who can come up with the funniest and wildest cloud creations.

Collect fallen leaves, petals and sticks and use them to make a picture when you get home. You could use the objects as paintbrushes – dipping them in colourful paint and then rolling, brushing or stamping them on paper to create patterns.

If you come across water like a river or lake, build a raft using objects you find around you, like sticks and twigs for the base and long pieces of grass to tie everything together. See how long it floats for.

Fossils can be found anywhere but they’re best spotted near the seashore on beaches, under rocks or by rivers. Also look for wood and shells – you might find sea urchins, mussels, oysters and more.

Collect fallen branches to build a wildlife den that small animals can use for shelter. Dry grass and leaves make good nesting materials and having a water source nearby is great for furry visitors.

What are your favourite outdoor activities to do with kids? Tell us about it down below!