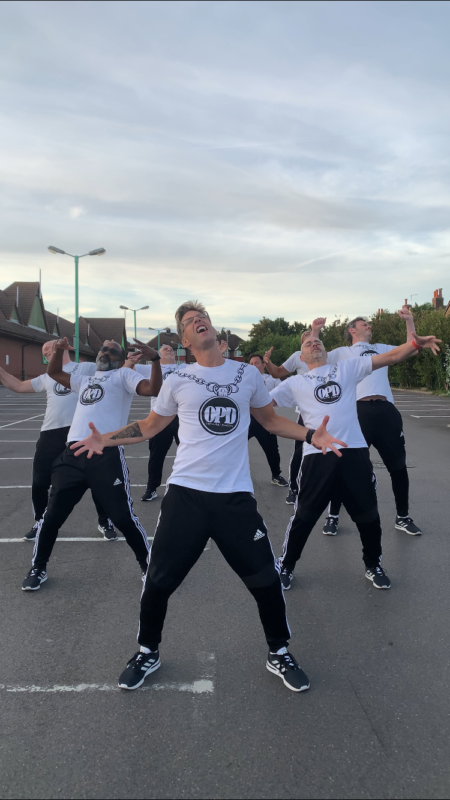 The Outta Puff Daddys (OPD), based in Brighton, met regularly for practices and performances, but that came to a halt when the country was placed in lockdown last March.

To ensure they kept up with their routines and maintained social contact with each other, they met over Zoom instead and, when they were allowed to meet up again in small groups, put their routines on social media.

Paul Jukes, the leader of the group, told the PA news agency: “My daughter was the one that actually suggested (it), she said ‘You guys should get on TikTok, I think you’d do really well, there’s not really anything like you’.

“So as soon as the rules relaxed and we could go into the car park, groups of six, distanced, we started filming some TikToks and it just went crazy.”

One of their videos has amassed more than 1.4 million views on the platform.

As well as achieving online popularity, the group found the regular contact with each other over the course of the pandemic has been vital for their mental health.

“We were already quite open with each other about sharing our various struggles, mental struggles, whether that be through work situations, ill health, family, and I suppose that bond was just so strong we just had to keep it going,” Mr Jukes, 46, said.

“That aspect of talking and listening has been really, really vital.

“So within the crew we’ve had a number of different sad, personal, challenging situations like marriage break-ups, poor health – quite severe implications – work pressures, and of course the pandemic just kind of escalates all of those.”

Men’s Health Week, which started on June 14, is focusing this year on mental health in the context of the pandemic.

According to the Office For National Statistics, around one in five adults (21%) experienced some form of depression between January and March this year – more than double the rate (10%) in the period immediately prior to the first lockdown.

Another OPD member, 53-year-old David Berliner, said: “That was such a brutal period of time where everyone was so isolated, so to have had the group managing to keep going through that was brilliant.”

The group was originally formed by fathers who took their kids to dance lessons.

They initially learned in secret so they could put on a surprise performance at one of their children’s showcases, but enjoyed it so much they decided to keep going afterwards.

“There’s this kind of juxtaposition where we don’t look like your average dance crew,” Mr Jukes said.

“We’re all sizes, all abilities, all from different jobs and we formed a really, really close bond, and a kind of brotherhood and friendship straight away.”

The group has provided a safe space to talk about issues such as mental health.

Mr Jukes said: “There is still undoubtedly this stigma that men don’t talk openly, men don’t cry, and without this group I wouldn’t have a group of men to talk to like this.”

Don Hurley, an operations manager, said some members of the group find it easier to talk to each other than to other people in their lives – and even to doctors.

“You find out other people share the same issues and the same ailments as you’ve had, or they know someone who’s been in that situation,” Mr Hurley, 58, said.

“Talking to somebody that you know quite well, you tend to listen to them, and if they’ve been through the same problems they can share.

“And that’s what we’ve been doing – we share a lot, and we try to help each other.”

What do you do to keep on top of your mental health? Leave a comment down below! 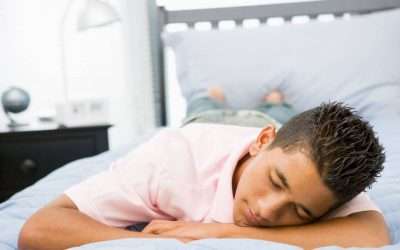 As teenagers battle through exam season, many parents will be concerned about their stress levels as well as their... 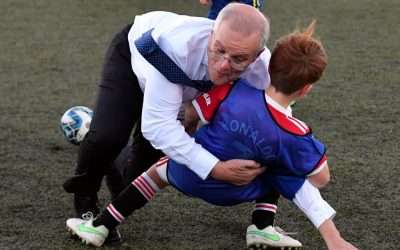 Australian Prime Minister Scott Morrison accidentally knocked over a child during a mock football game in Tasmania on...