How parents can talk with their children about gender 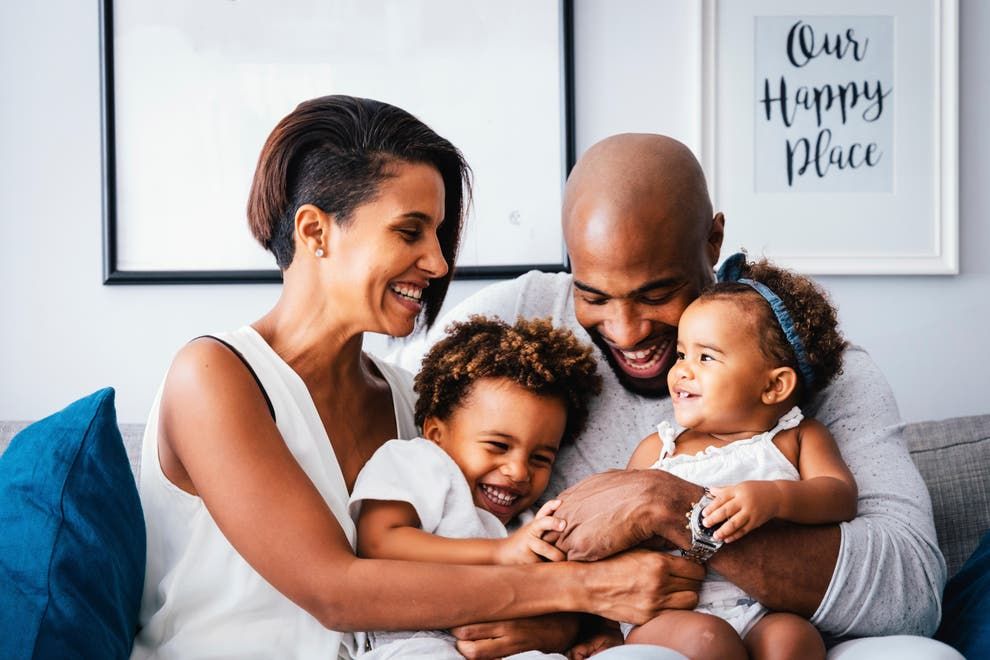 There are a million and one things for parents to worry about and while many issues can be solved by a quick Google, or asking a friend, some subjects are a little more complex.

Today, many parents might be nervous about how to navigate the world of gender, particularly if they’re keen to keep an open mind and avoid imposing society’s stereotypes on their child.

Susie Green, CEO of  LGBTQ+ charity Mermaids (mermaidsuk.org.uk), accepts some people are “nervous about doing the wrong thing, of encouraging something or starting something that they may be worried about”. However, she suggests it’s a lot simpler than some headlines indicate.

“I think it’s been made a tricky subject by the media and the discourse that’s happened around trans kids,” she says, adding that parents shouldn’t be made to feel uncomfortable if their child “is showing any sort of preference for things that aren’t stereotypically assigned to their gender at birth”.

For Susie, it’s all about keeping an open mind and dialogue – and these are some things parents might want to consider…

Toys are for everyone

Toys are a major area where parents can break away from society’s gender expectations.

“Make sure your child has a range of different things to play with that aren’t particularly gendered,” Susie recommends.

“Younger age toys don’t tend to be – it’s as they get a little bit older they start to fall into categories of ‘that’s a girl toy’ or ‘that’s a boy toy’.”

It’s also an opportunity to talk to your child about the stereotypes associated with different toys. If you’re told something is a ‘boy’s toy’, you can say: “It’s just a toy, and all toys are cool. You should be able to pick whatever you like, without feeling that’s out of range for you because you’re a boy or a girl.”

This is particularly helpful if they’re only seeing boys and girls playing with certain toys in the media, or on TV. “Talk about how toys are for everybody,” she says. “Actually exploring and playing with things is part of development and part of exploration, and should be totally encouraged. Kids should be free to play with whatever they will play with, without any assumptions being made.”

Children are naturally curious, and will likely ask lots of questions about the world around them.

“Kids categorise people as ‘male’ or ‘female’ in their heads as they see them – that comes around four or five years old,” Susie explains. If they see someone whose gender isn’t immediately obvious, they might start to ask questions. In this kind of situation, Susie recommends “saying things like, ‘I don’t know’ and, ‘Why does it matter?’ Explore why people automatically want to put people in boxes.

“Have the conversation that sometimes people on the outside might feel differently to how they are on the inside, but that doesn’t matter because it doesn’t hurt anybody else and makes them feel happy. And wouldn’t you want other people to feel happy?”

Put like this, it seems easy to comprehend. Susie says: “Kids are really good at getting those simple things, as long as you give them the opportunity to do so and explain that not everybody is the same as everybody else. It’s just making sure that you’re telling them to look outside of the parameters that they see in front of them all the time, and to try explore a little bit more widely.”

After all, as Susie says: “If everybody was the same, wouldn’t that be boring?”

“I think freedom of expression and freedom of ability to be themselves is the biggest gift that a parent can give,”

“I see so much unnecessary pain from kids when they are rejected for not fitting into a perceived norm – we need to challenge those norms, because they’re not helpful,” Susie says. “They’re not real anyway – they’re created by society and created by media and the expectations of what makes a boy and what makes a girl.”

Not only do these stereotypes “cause real heartache for trans and gender-diverse children”, Susie says they hold everyone back.

“It doesn’t serve the girls who want to be in engineering and the boys who want to do something that’s in a more caring profession,” she adds.

“People [might] look down their noses, and all of those things are based around stereotypes. That’s totally unhelpful and doesn’t do any of us any good – so we need to break them down.”

How do you talk to your cihldren about gender? Tell us about it down below!

Most popular baby names of 2020 revealed

The ONS has released the most popular baby names for boys and girls across the UK in 2020 with Oliver and Olivia...