How to beat your beer belly 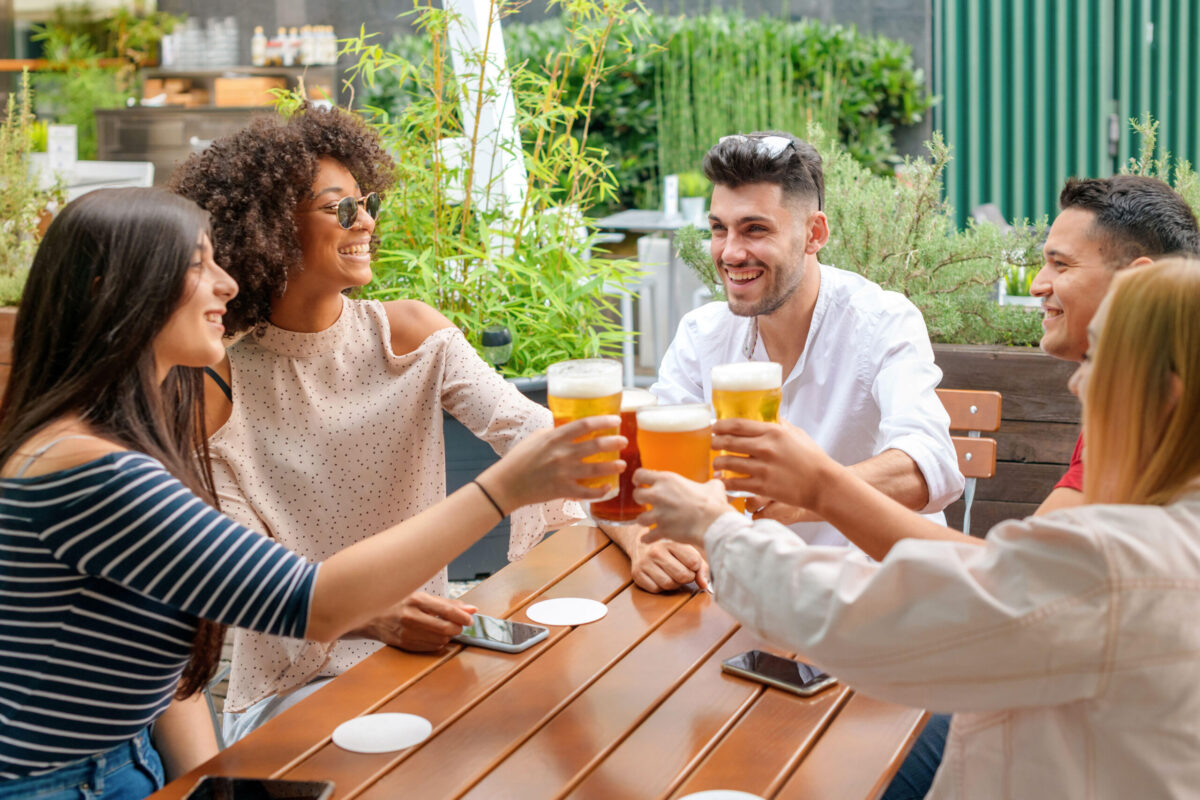 Beer bellies: what you need to know

Carrying too much weight around your stomach is a serious health risk, but is drinking beer to blame? Here’s what you need to know.

While women generally carry more weight around their hips and thighs, men tend to carry it around their stomach. The result? That classic ‘beer belly’ shape.

“It’s largely due to our hormones. This dictates the trend for women to deposit fat around their hips, thighs and buttocks, whereas for men fat often goes straight to their belly.”

And unfortunately, it’s abdominal fat that tends to be the unhealthiest kind. According to the Mayo Clinic in the US, excess abdominal fat can significantly increase the risk of heart disease, stroke, type 2 diabetes, insulin resistance, high triglycerides, low levels of good cholesterol, metabolic syndrome, some cancers and sleep apnoea.

Is it just beer that’s giving me a ‘beer belly’?

Gaining weight around the stomach is usually the result of a lot of different factors: genetics, hormones, unhealthy food and drink choices – including both alcohol and soft drinks – not enough physical activity and, crucially, a slowing metabolism.

“Men (like women) tend to gain more weight as they age because their metabolism slows down,” explains dietitian Melanie McGrice. “The reason our metabolism slows down is because we tend to lose muscle mass as we age.” Unlike fat, muscle requires energy to maintain it, which means it burns calories. “So, you might be eating the same amount as you were in your younger years, but end up putting on more weight, as a result,” says McGrice.

But, like all alcohol, beer packs a big calorie hit and can contribute towards abdominal fat. In fact, a man weighing 70kg would need to walk for 35 minutes or run for 15 minutes just to burn off the 570 calories contained in one can of full-strength beer.

Plus, many people also make unhealthier food choices when they’re drinking alcohol. Think pies, hotdogs or that cheeky kebab on the way home. “Alcohol depresses your inhibitions, so where people might have been prudent with their dietary choices when sober, after a few beers they might think, what the heck, and go for a fatty pie or hamburger,” says sports dietitian and spokesperson for the Dietitians Association of Australia, Dr Trent Watson. “Plus, with hangovers, people feeling unwell look for a positive experience, which often means filling up on fat and sugar because it tastes good.”

Do I need to quit beer?

Not if you don’t want to! “Just because you drink a bit of beer doesn’t have to mean you’ll become overweight. But if you drink beer regularly, have a high-fat diet and do no activity, you’re pretty much guaranteed to get a beer gut,” says Dr Watson. “The number of calories you’re getting from your diet, with the addition of beer on top of that, really is more than most people require.”

So, while you don’t need to give up beer completely, it is a good idea to limit how much you drink when you’re trying to lose weight. Why not incorporate some alcohol-free days into your week, or try the lighter versions of your favourite tipple? As a rule, the lower the alcohol content, the fewer calories it contains. For example a bottle of Budweiser beer is 4SP, whereas a bottle of Bud Light is 3SP.

Is there an easy way to ‘banish the belly’?

The good news is that losing your beer gut may not be as hard as you think. “The fat around the abdomen can be quite readily changed,” says Dr Nathan Johnson, lecturer in exercise science and physiology at the University of Sydney. “It tends to be easier to lose than other fats around the body.” But like all weight loss, it comes down to burning off more fuel than you’re consuming – which means a combination of reducing your calorie intake and increasing how much activity you do.

Pick any physical activity you like, but exercise physiologist Dr Jarrod Meerkin recommends upping the fitness ante. “High-intensity exercise, such as short-duration bursts or sprints, or high-intensity weight training, such as metabolic or circuit training, is the most effective,” he says.

“Low- to moderate-intensity exercise (think walking or jogging) is also effective – it just requires a significantly longer duration, four to six hours a week as opposed to one to two hours for high-intensity activities such as running.”

If it’s been a while since you were active or if you’ve experienced an injury in the past, make sure you talk to your GP to get the all clear before doing any type of physical activity.

Currently all Dadsnet readers get a special offer with one month’s free WW membership to help kickstart your health journey.