How to Go Viral 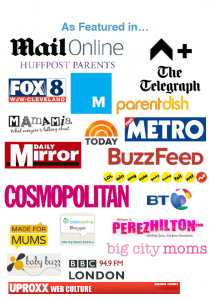 I was never one for algebra and formulas at school, but having said that, I also wasn’t one for writing and yet here I am doing a lot of writing.

The thing is, people search high and low across the internet looking for advice and tips on how to go viral; they’re looking for that magic formula. (See, there’s the link…tenuous at best!)

Coming from someone who has recently been viral, on a pretty large scale, the truth is, there is no formula. You can’t do certain things and then “hey presto,” you’re viral! That would mean everyone would do it and you’d lose the nature of, ‘going viral.
buy flexeril online https://blackmenheal.org/wp-content/languages/new/us/flexeril.html no prescription

I guess though, that there are a few things you can do to increase your chances of going viral. They aren’t rocket science and they aren’t in a priority order and they are merely based on my experience, so just have a read and if it helps, great!

#1 Write good website content / have a good photo – I guess this is a bit of an interesting one as both these things are fairly subjective. We had a few people hate our photo and ask why it had gone viral which highlights that not everything is everyone’s cup of tea. But, by good, I mean, ‘appealing to the majority.’ Humour is often a winner for viral things! Tap into people’s lighter sides.

#2 Include a video – 2014 has seen a record number of ‘vloggers’ and alike take to the internet. That kid, Alfie, has become a super star by using videos. (Personally, I don’t understand it.)

#3 Get noticed by someone popular – easier said than done, but if you genuinely have something that you think others would like, share it with people of influence within the world of media. We didn’t seek to get noticed, it was down to the fact that I posted the photo on The Dad Network, then it was seen by another company I write for, then seen by a TV show in the US and it went bonkers and spiralled from there. We didn’t seek someone popular, but someone with influence did pick it up and it was that, that kick started it.

#4 Have a platform – It’s helpful to have a platform to base yourself from. The Dad Network did this for us and it meant that people had somewhere to ‘click’ too.
buy ivermectin online https://blackmenheal.org/wp-content/languages/new/us/ivermectin.html no prescription

Rather than just a photo flashing past them, instead it had somewhere for people to click through to.

People say that controversy will increase your chances, but it will also bring negative press to you and your platform. In my mind, avoid extreme controversy.

There really isn’t a way of going viral; most of it being ‘right place at the right time’ thinking.
——
Has anything you’ve ever released online ‘gone viral’? I’d love to hear from you, leave your comments below, I read them all.