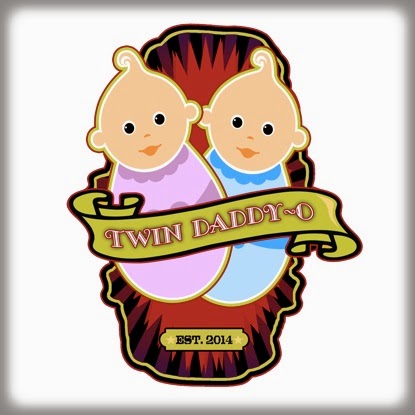 At The Dad Network we wanted to to provide a place to work with other dad bloggers. It seemed like we all had the same motivation and the same goal, so why not work together. We want to encourage and promote other dad bloggers in order to encourage and promote the role of dads within family life. As a result, we’ve teamed up with some other dads and each week, we’ll be publishing a guest post from another dad blogger from around the globe. Be sure to check out their blogs!
The International Dilemma of Twins
By Chris @ TwinDaddyo.com
Going into 2009, I was happily single, had a great career and job, good set of friends, loving the Southern California lifestyle in San Diego, and genuinely loving every aspect of my life. However, I wanted a bit more excitement, a new adventure, even if a short one, to travel and experience different cultures. In January that year, I stepped onto British soil for a one-month work contract with my company. What was to come out of those 30 days was something I never expected. Now, nearing six years on, I find myself still on British soil, but my life is considerably different than to those carefree single days in the hometown of Ron Burgundy.
About four months into living in London, I met my wife, a local Londoner, and earlier this year we had our twins, one boy and one girl. One of the things I didn’t think too much about early on was the impact of having babies in the UK and how it would play out with their grandparents and half their family 5,500 miles away in another country. Now that the twins are nearly six months old, we’ve established a pattern for how we integrate the American side of our family into our British based life. This has largely been through the benefit of technology available. We try hard to solve the dilemma of keeping our dual-nationality family connected to their relatives across the pond.
Defying Time Zones
Planning is necessary. This is probably the biggest challenge in keeping the twins connected to their family abroad. California and England are eight hours apart, which is just enough time to be annoying and somewhat difficult for arranging a suitable time. As we have the kids in a solid routine, we don’t deviate from this so we have to be a bit strict with family that if they want to see the kids, it has to be before a certain time, which typically falls earlier in the morning in California. Not super ideal, but my parents know it is worth it.
Video Conferencing with Ease
Skype is our main preference for having video catch ups. It works quite well across all of our cross-OS devices and at least one of these devices are with us at all times, making it easy to share what the kids are up to whenever convenient. There have been some issues like slow connectivity, echoing, poor quality video, but that’s pretty secondary and fixable with time and upgraded tech.
The Power of Apps to Keep Connected
The easiest way we’ve found is to use apps like WhatsApp to message back and forth in order to arrange times to talk. This has proved helpful to organize those Skype calls regardless if we are home or not. Additionally, my Dad and I use it to chat about Manchester United games during the match, even if they’re early in the morning for him.
If This, Then That (IFTTT) is a great way to automate things like sharing photos that are easily accessible to family and friends. One I created was to upload any photos I put in my ‘Twins’ album on my iPhone directly into a Dropbox folder that I’ve shared the link to with my family abroad.
When In Doubt, Fly Them Out
Nothing beats the face-to-face interaction, so having family in town is hugely important for us. It wasn’t until this summer that my kids got to meet any of their American family. It was important for me to have my parents here before the kids got too old, as they’d be nine months old by the time our Christmas trip comes around.
What we’ve found to be really interesting, is even though they’re quite young, the kids learned my parents voices and even faces from Skype video calls. As soon as my parents were around the twins, they seemed to be instantly recognized by both the kids. The kids light up and are a bit more responsive on the calls now since my parents visited, which is really neat and interesting to see. 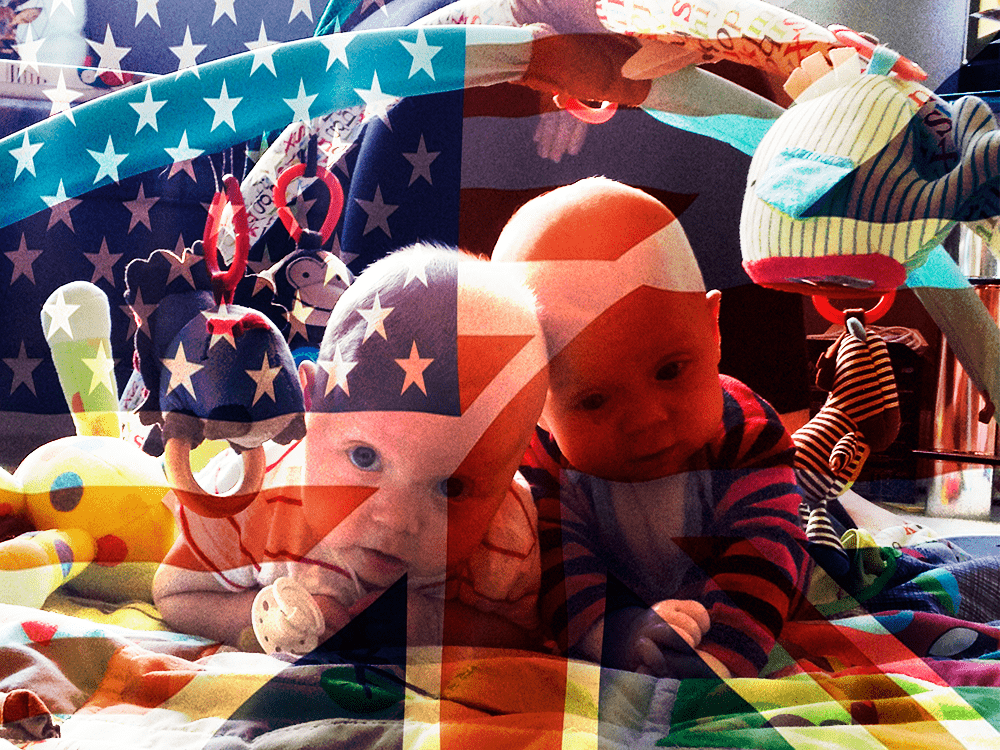 Please Tell Me It’s All Worth It?!
It is all worth it! Despite the distance, time and technology problems that can get in the way, we’ve found it pretty easy to keep connected with our family abroad. Between Facebook, WhatsApp, Skype and my blog about being a dad of twins, TwinDaddyo, my family gets to see our beautiful babies grow and be as much a part of their lives as possible despite so much space between us and them. While everyone is missed, the ability to Skype or better yet, get on a plane, allows us to still be a family and share all of the experiences of two growing kids.
Bio: In March 2014, Chris became a first time father, bestowed with beautiful twins. During his life in digital marketing, Chris has blogged on topics from music, DIY, travel and with the birth of his twins, has began blogging at www.TwinDaddyo.com, sharing his perspective as an American Ex-pat living and raising his children with his British wife in London, England.