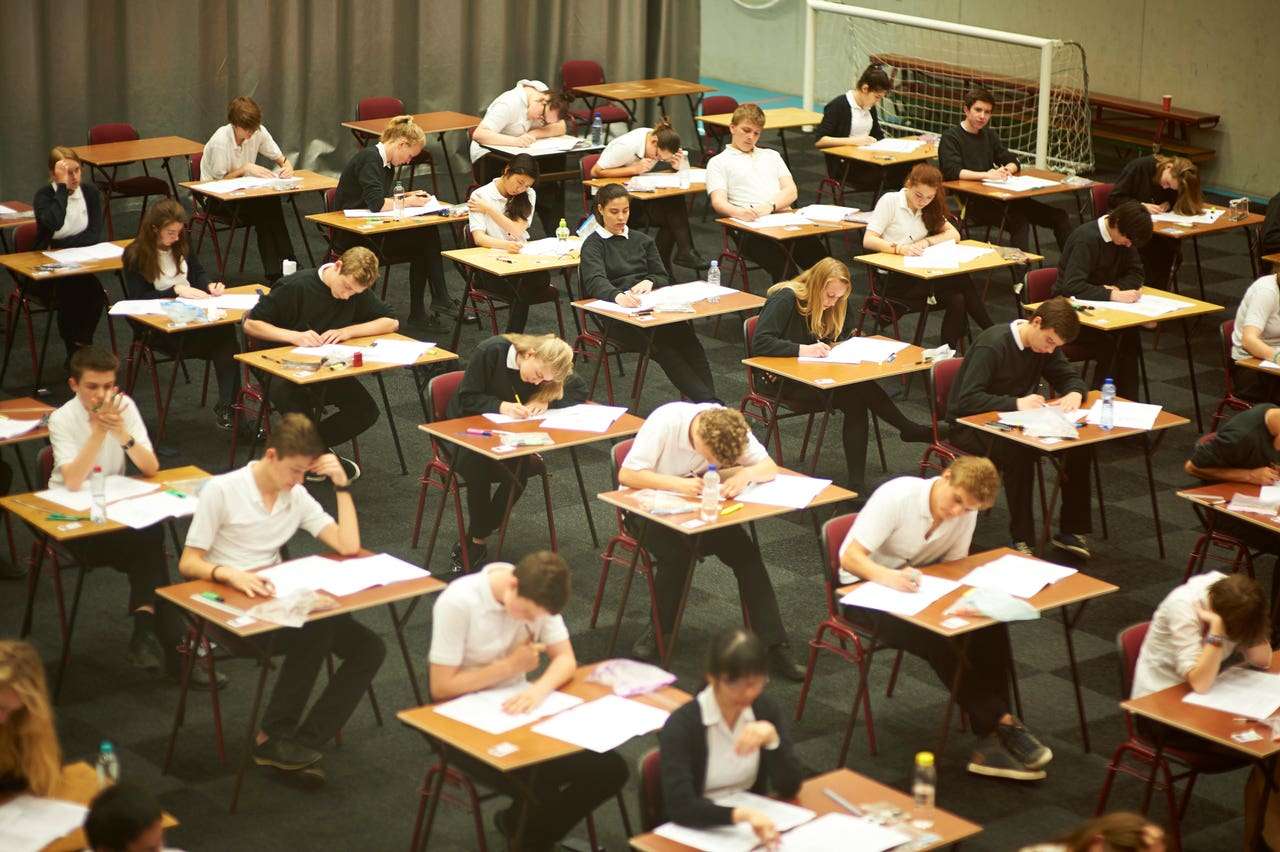 If your child seems seriously stressed about exams or is completely disinterested and going into them entirely unprepared, it can feel even tougher as a parent

Teenagers across England and Wales will start sitting GCSE and A-Level exams on May 16, while Highers and National 5 exams are well underway in Scotland. It’s a tough time for them (and their parents or caregivers), particularly after two years of disrupted education and missing out on exam practice.

If your child seems seriously stressed about exams or is completely disinterested and going into them entirely unprepared, it can feel even tougher as a parent.

Dr Jane Gilmour, consultant clinical psychologist at Great Ormond Street Hospital and co-author of How to Have Incredible Conversations with Your Child and The Incredible Teenage Brain, says discussions about exams can be “really triggering” for some parents, “particularly if you always did well in exams, or perhaps you missed out on a life goal because of your academic results”.

Here, she explains how best to handle conversations with different types of teens – whether you have a late-crammer, one who’s too chilled about it, or a child who refuses to talk about exams at all.

If your teen is overstressed…

As a rule, persistent reassurance (i.e. saying ‘Don’t worry’) never works with anxious children, says Gilmour. Instead, “Convey the idea that exam results are not the most important thing in the world, but as a parent this means walking the walk as well as talking the talk. Avoid asking about a school test result as soon as they arrive back from school. Reward in words and actions non-academic and personal goals.”

For example, show you are pleased that they are looking after themselves, taking a break, doing exercise or seeing friends, during the exam period. “This will communicate their value to you is not conditional on exam success,” she says.

“Remind them that there is always a way back if exam results don’t go to plan. Your job as a parent (particularly for kids who tend to be over conscientious or perfectionist), is to keep perspective, when they have lost sight of it.”

If your teen is disengaged…

Instead of saying ‘Just get on with it’, Gilmour says firstly try and find out why they feel withdrawn and detached. Although it might seem to you like they don’t care, they’re probably feeling more than you realise.

“Emotions are particularly intense in the teenage years so they will need your support to think them through and articulate what’s underneath their disengagement.”

Make it a safe experience to tell you what’s happening, she advises. “Be prepared to hear their answer without having a meltdown yourself. It’s important you stay calm, and let them know you will support them, whatever they tell you.”

If, for example, your child says they they want to leave school early because they’re going to fail, she suggests repeating it back (“So they know that they’ve been heard”), empathise with them (“This doesn’t mean you agree with them”) and then, and only then, move forward to problem solving.

Although you may have some non-negotiables (like sitting all exams), Gilmour says: “Develop a plan – together – to get through the exam period, break it into small chunks. Timetable identifiable, small and attainable goals every day. After each goal has been achieved, celebrate it together and agree a small reward. It doesn’t have to be expensive or complicated (it could be playing a favourite song far too loud).” And if the reward is their idea, even better.

Agree to review and negotiate the next steps after their exams are over. “Remind them that if the results are disappointing, you will work together and figure out another plan.. Your response in this instance is a powerful message – you will support them through the tough times and there will be a way to move onwards and upwards.”

If your teen refuses to talk about it…

Don’t ask, ‘Why won’t you open up?’ says Gilmour. “This is a long game, and if your child has shut down, be patient and remember that every gentle and genuine attempt to connect will matter.”

Whatever they do tell you, let them know you’re glad they told you. “It’s hard, as a parent to hear your child is having a hard time, but the more you can offer a warm, calm sorting space for their thoughts, the more likely they will come back to you time and time again, and you have the chance to help them figure it all out.

“Know that you are heard, even if your child doesn’t apparently respond. If you say, for example, that you have noticed they have been a bit down since revision [or exams] started, and just leave it out there, they may come back to it. But even if they don’t, your warmth and concern will count to them.”

“Model talking about the tough stuff,” she adds. “If you share (within appropriate boundaries) your difficult experiences, failures, exam disasters and the hard emotions that went alongside them, you are giving a very strong message that sharing is what you do in your family.”

Also, don’t bring it up the moment they walk in the door. Gilbert suggests waiting until they’ve had time to rest, eat and decompress before attempting any big conversations.

If your teen is too chilled…

It can be frustrating if your child seems far too laid back about exams but yelling, ‘You’ll never get a job if you fail your exams’ won’t help, says Gilmour. “Calm brains communicate best. If you find yourself yelling, you just won’t be heard, so any pearls of wisdom will be lost.

“Ask (genuinely) how they think it is going,” she says. “Listening is not the same as agreeing. Encourage them to keep talking, because if you shut them down, you may miss hearing about what’s really on their mind.

“Being ‘chilled’ might be a defence against the possibility that they are going to fail, for example.”

If your teen is a last-minute crammer…

However tempting it might be, don’t say, ‘Well, it’s too late now’.

“If your child comes to you and says they’ve misjudged their study plan and run out of time, it’s a compliment,” says Gilmour. “It’s a sign that they trust you and think you can help. Take the chance with both hands, keep calm and pragmatic, as you ask about the size of the problem, so that your child can engage with your support.

“If you shout and tell them it’s too late, that they have messed up, they will only feel ashamed or embarrassed and a brain in a highly emotional state can’t think, reason or plan effectively. (They will already know they have messed up so there is no need to tell them again).”

But be realistic, she says. If an exam is in a few days or the next day, and your child hasn’t covered all the topics, discuss the possibility of seeing a question that they will struggle to answer.

“If they can think through how they would respond in a practical way before the exam, they will be more likely to keep their focus and answer the questions that they have prepared for. Discuss a strategy to make the most of the marking scheme ( is it worth having a guess, or simply move on?)” she says.

A brilliantly insightful and straightforward book on the workings of the teenage brain; reaffirms the importance of strong relationships and communication to support teenagers to develop, learn and grow. Will support my work with young people 🎉@BettinaHohnen @DrJaneGilmour pic.twitter.com/zQDGMu8UUJ

And remember, if exams don’t go well, there are always options for them to retake or rethink their goals.

“Nobody wants to fail an exam,” says Gilmour, “but maybe, just maybe, a disappointing exam experience will teach your teen something about their approach, values, work ethics or even themselves. And that knowledge is invaluable.”

How are your teenagers coping?  Let us know in the comment section below! 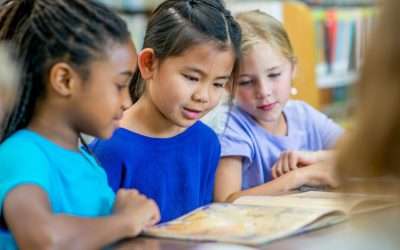 Dolly Parton’s Imagination Library has distributed 25,000 books to disadvantaged kids in Scotland it is revealed on National Reading Day 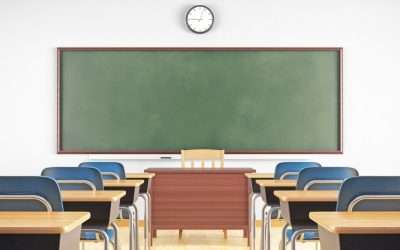 Teachers in England and Wales are set to strike across seven days. But, what will it mean for schools, pupils and for parents? 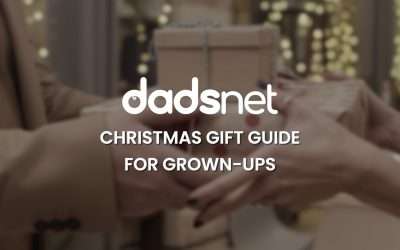