I am ‘Dada’ and I wear that title proudly. 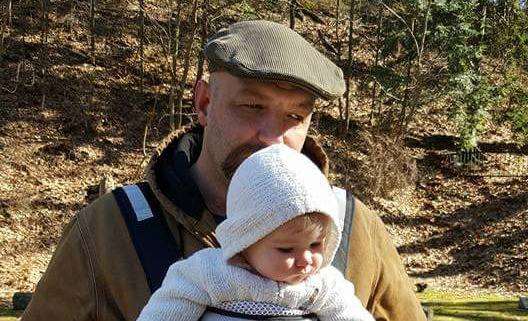 James is from Oklahoma but now resides in Upstate New York. He is a veteran of the Navy, where he served as a Hospital Corpsman with the Marine Corps. He and his wife are older parents, having their first child when they were in their 40's. He is an outspoken critic of officiating in sports (read "he yells at the TV during football") and is master of the art of grilling (only according to everyone who has eaten at his house). A former Bouncer and Bartender, he now pays the bills as a Security Manager for a commercial agriculture company. He and his wife Danielle are the proud parents of a single daughter who is the light of his life.


My 7 month old daughter (who just really started eating solid food) was laying on our bed, just being the cutest thing ever. I picked her up to get ready to head out the door, when I felt something sticky on her back.

I figured she may have rolled over into some snot (she’s a bit sick right now).

That’s when the smell hit me.

Not just poop, but full on, “I SHALL COVER THE EARTH WITH DEATH AND DESPAIR” smell. Now, I consider myself to have a strong stomach. But when the wall of pain hit me full on in the sinus cavity, I started to heave. The world swam before me. I thought it was me starting to pass out. Actually, it was the fumes radiating from the antimatter in her diaper.

At least, I thought it was in her diaper. Remember that sticky stuff? Turns out, she shit up her whole back. I mean, her WHOLE back. It was in her hair. Oh my god, please just kill me.

I carried her back into the bathroom, ran the bath, and put her in. The water turned into soup. Foul, disgusting, split pea soup of evil. I rinsed her off, drained the bath, refilled the tub, washed. It was all over her. Her back. Her hair. It was in her neck. It was in her armpits, for Chris sake. Who gets crap IN THEIR ARMPITS? It was like it was reproducing. I now know how HAZMAT teams who are called in to clean up train derailments feel. At one point, I could swear I heard the shit whispering to me, beckoning me into the abyss. All I could think of were the words of Oppenheimer when they detonated the first atomic bomb… “I am become Death, destroyer of worlds.” 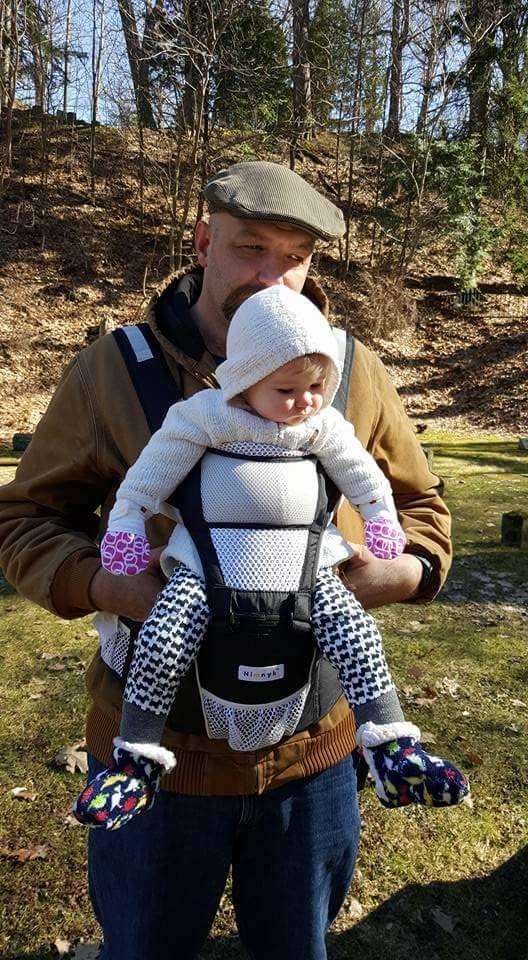 I finally got her clean, my wife wrapped her in a towel and dressed her. She kept looking at me like I was just being dramatic. I think she may be an alien. No human could see and smell that and not react. I’ll have to keep a close on her for evidence. And alien DNA would explain the horror that erupted from my daughter. That, or perhaps some supernatural portal into hell. Maybe my daughter is part demon. At least I won’t have to worry about someone breaking her heart. She’d just eat their soul. But if she did, her crap after wouldn’t smell as bad as what happened today.”

I have given this a lot of thought, not just because I still wake up screaming sometimes with the memory. I have endured and thought about things since having a child that I was never prepared for.

I get a ton of help from my wife, don’t get me wrong. I wish I was half as much help to her as she is to me. But balancing work, marriage, and a child is a feat even the military couldn’t have trained me for.

I go to bed exhausted. I wake up exhausted. I don’t play on the Xbox anymore, no time. I live in a constant state of stress about money and the future. I worry what will happen to my baby girl if I die. I worry about what I eat. I am one giant ball of anxiety all the time. I will do my best for my family no matter what, but there are times I really feel like this life is killing me.

Two days ago, my daughter at ten months old help onto the couch and waddled over to me when I walked in the door from work. She looked up at me, smiled her best smile, and said “DaDa!”.

DaDa. I am DaDa. I have earned that title. I will wear it more proudly than any title in my entire life.