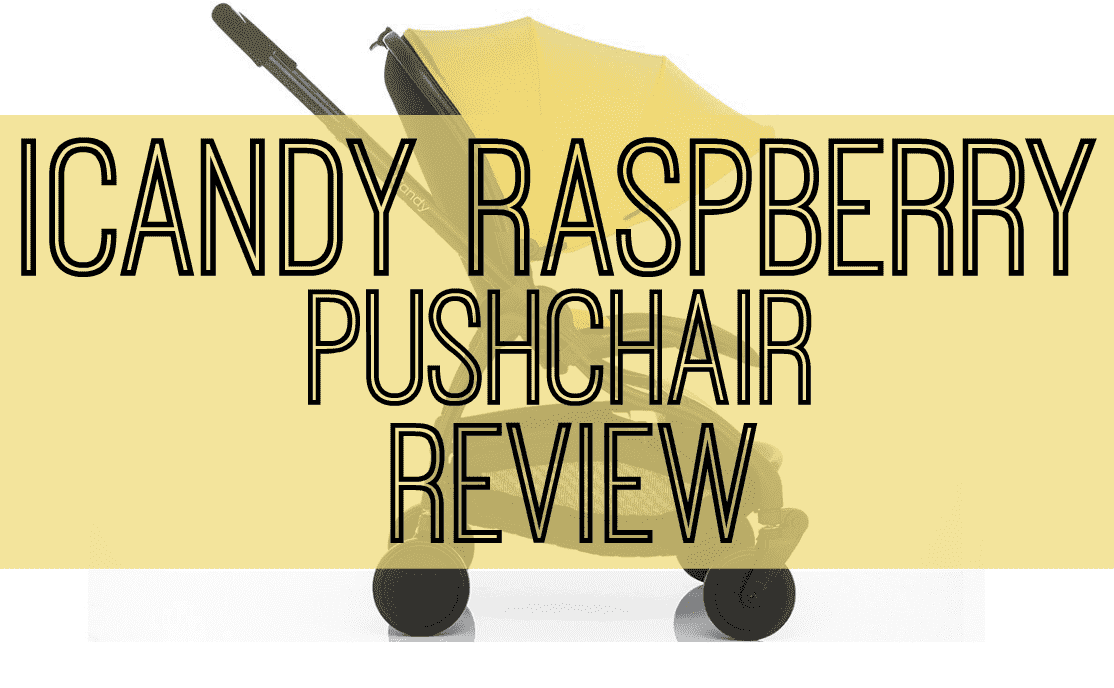 The iCandy Raspberry pushchair is the lightweight player in the iconic iCandy collections. It’s uber stylish with excellent manoeuvrability and a healthy sized shopping basket but it does come in at the high end of the price market. 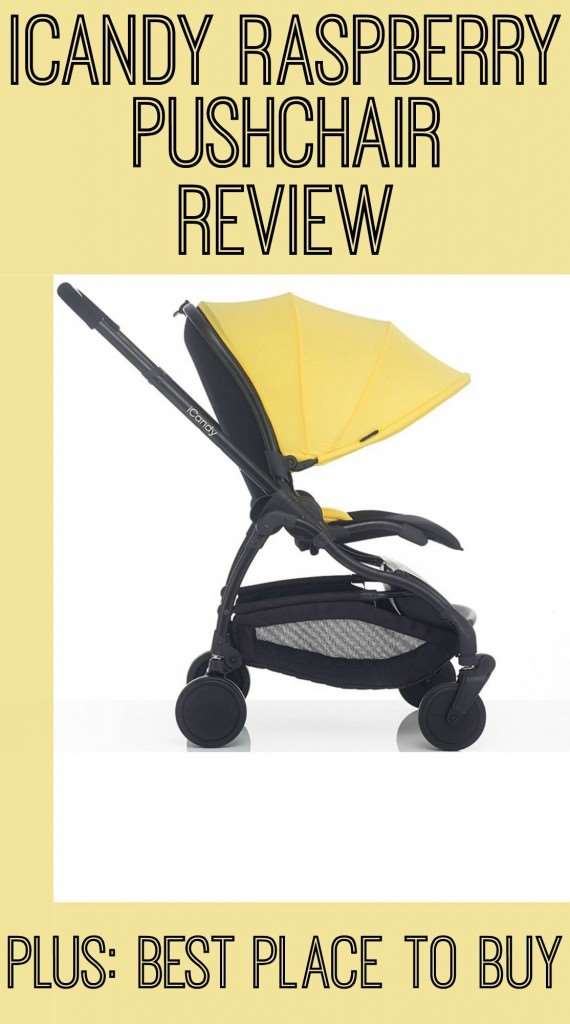 The iCandy Raspberry is a well designed, attractive & sophisticated pushchair aimed, primarily, for ‘on the go,’ urban living parents. With a huge range of coloured canopy’s and seat cushions, it’s really easy to customise. (And match your outfit if you’re that way inclined!) With the choice of an aluminium or a black chassis, you’ll be guaranteed to be pushing one of the best looking pushchairs on the market.

This pushchair boasts a really great reclining mechanism which allows your child to lay flat or sit up straight; a feature that not all iCandy pushchairs have and one that is very useful for catering for nap times. As well as this, the seat can either ‘parent face’ or ‘world face’ giving you more options for your (and your baby’s) travel preferences. The other adjustable parts are smooth to use; the handle has 4 height positions and uses the usual 1 squeeze button to change.

With a large shopping basket, it really is the ‘shopper’ parents best friend. 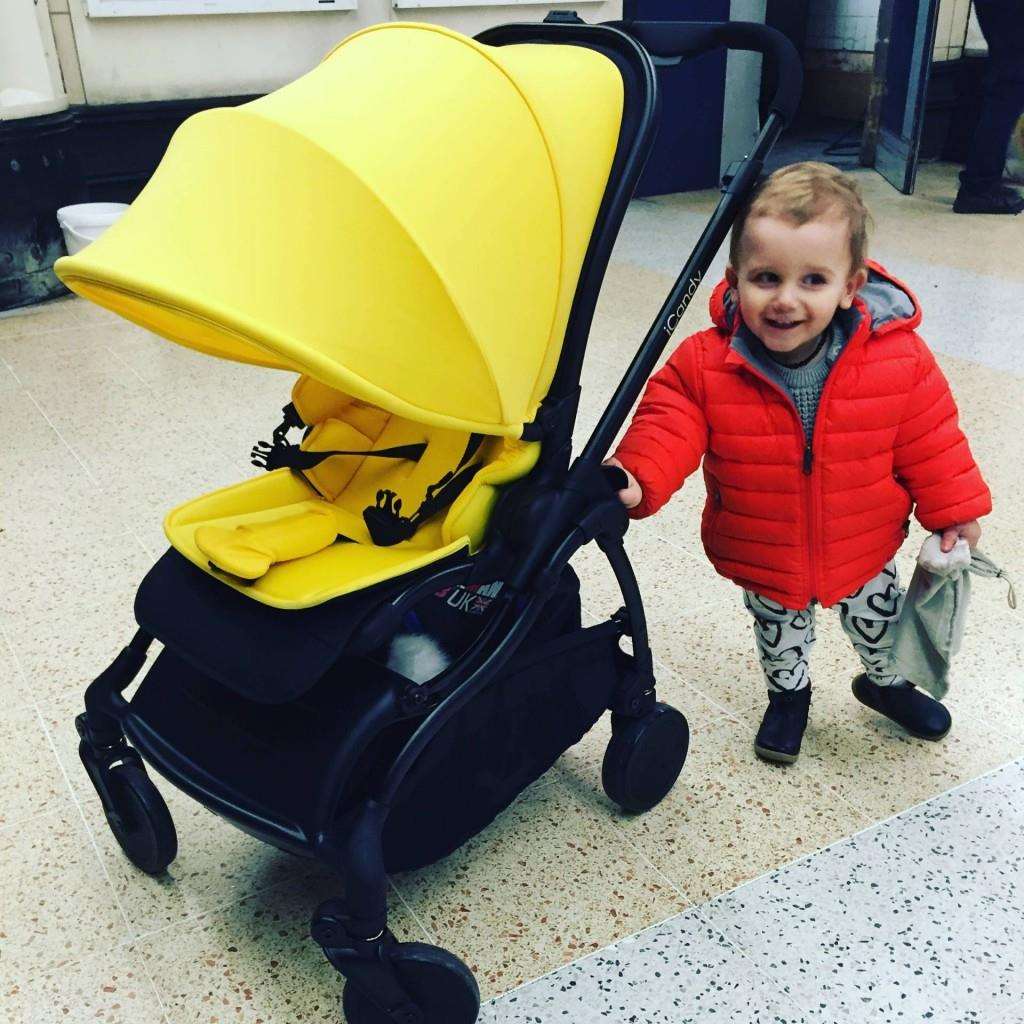 This pushchair is remarkably straight forward to use right out the box. It’s a simple case of clipping on the hood and attaching the removable & reclining seat. That’s it. In fact, it was so easy, I managed to do it in 4 minutes whilst I was rushing to get out the house with Ted to catch a train! That is a major strong point for those among us who struggle in the ‘putting things together’ department. (Like my wife…)

I took this pushchair, on its maiden voyage, up to London for what ended up being an entire day out. I knew it would be fine on the over ground train line, because I’ve taken the iCandy Strawberry on those trains before and that caused no problems at all. However, what really impressed me was the fact that the iCandy Raspberry took on, and conquered the tube, a bus and a taxi. All in 1 day. This pushchair was a dream to have when I was tackling the various modes of transport London threw at me.

It folds very quickly and easily; so important when you have a baby in toe. It does require 2 hands to fold down, but this is far from an issue, because it only takes a second or 2. It does however open with 1 hand. (And a foot). So taking it out the car is straight forward. An added bonus is that it stands up on its own when folded. Once folded, the size is fantastic compared to other pushchairs we’ve tried.  It could live in the boot of the car without causing too much disruption to every day ‘car’ life.

The Raspberry is also really light so when the time arrived for me to carry it down the tube station steps, it didn’t break my back. I also felt that Ted was very secure in the 5-point harness. The straps are really easy to adjust and have the usual iCandy clip, which despite Ted’s best efforts, he can’t undo.

Also, if you’ve ever been to London, you know it’s pretty busy. And people don’t generally move out your way. This push chair could do a 180 spin on a 2 pence piece. The manoeuvrability is simply sensational.

One thing to consider is that the hood is very thin and is not waterproof. (Ted’s Grandma wasn’t impressed with the lack of waterproofing, primarily when she got caught in a rain storm on her way down to the library for sing along class… ) It isn’t a massive issue for me, I am a ‘fair weather pusher.’ Plus, I knew about the secret pouch by the basket that holds the rain cover… 😉 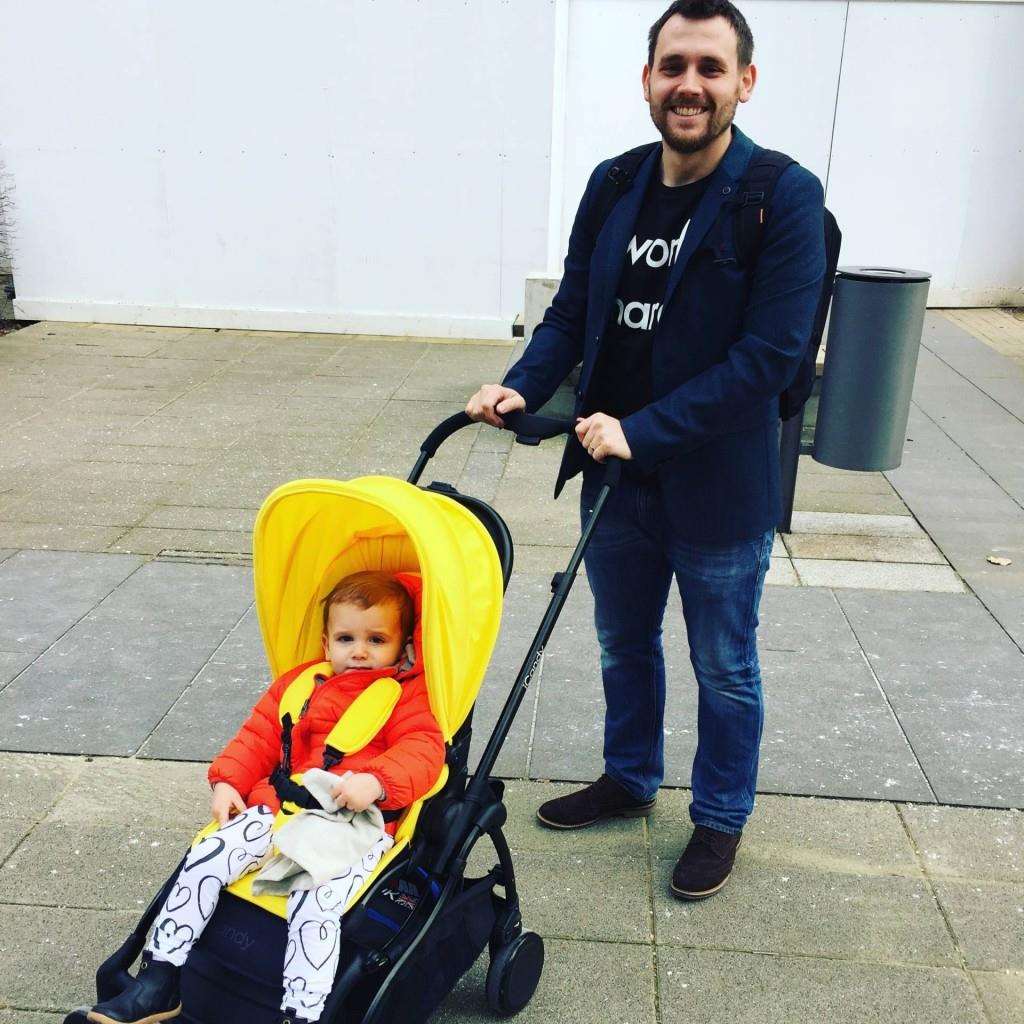 This pushchair is ideal for those parents who are looking something that looks great and is lightweight to nip into town or the city with. We live in a town, but with a lot of rurality around us. 80% of the time we need something just like this to dart around with, but it would be less than the perfect choice for that 20% of our time when we’re off-road on a bumpy footpath or muddy walkway. That being said, they have made this urban pushchair as smooth as possible by adding independent suspension onto each wheel. With the state of the pavements in my local town, this is a massive bonus.

Despite Grandma’s waterproofing reservations… we really love this pushchair, especially for those short trips into town or up to the park. It is at the high end of the market, but for those urban, stylish parents we’d definitely recommend the iCandy Raspberry pushchair as one that will see you from new born to toddler whilst looking damn good!

The iCandy Raspberry pushchair receives an official Dad Network star rating of 5 / 5 and receives our award of recommendation.

If you’re looking to buy the iCandy Raspberry, then take a look here.

Check out our other pushchair reviews: