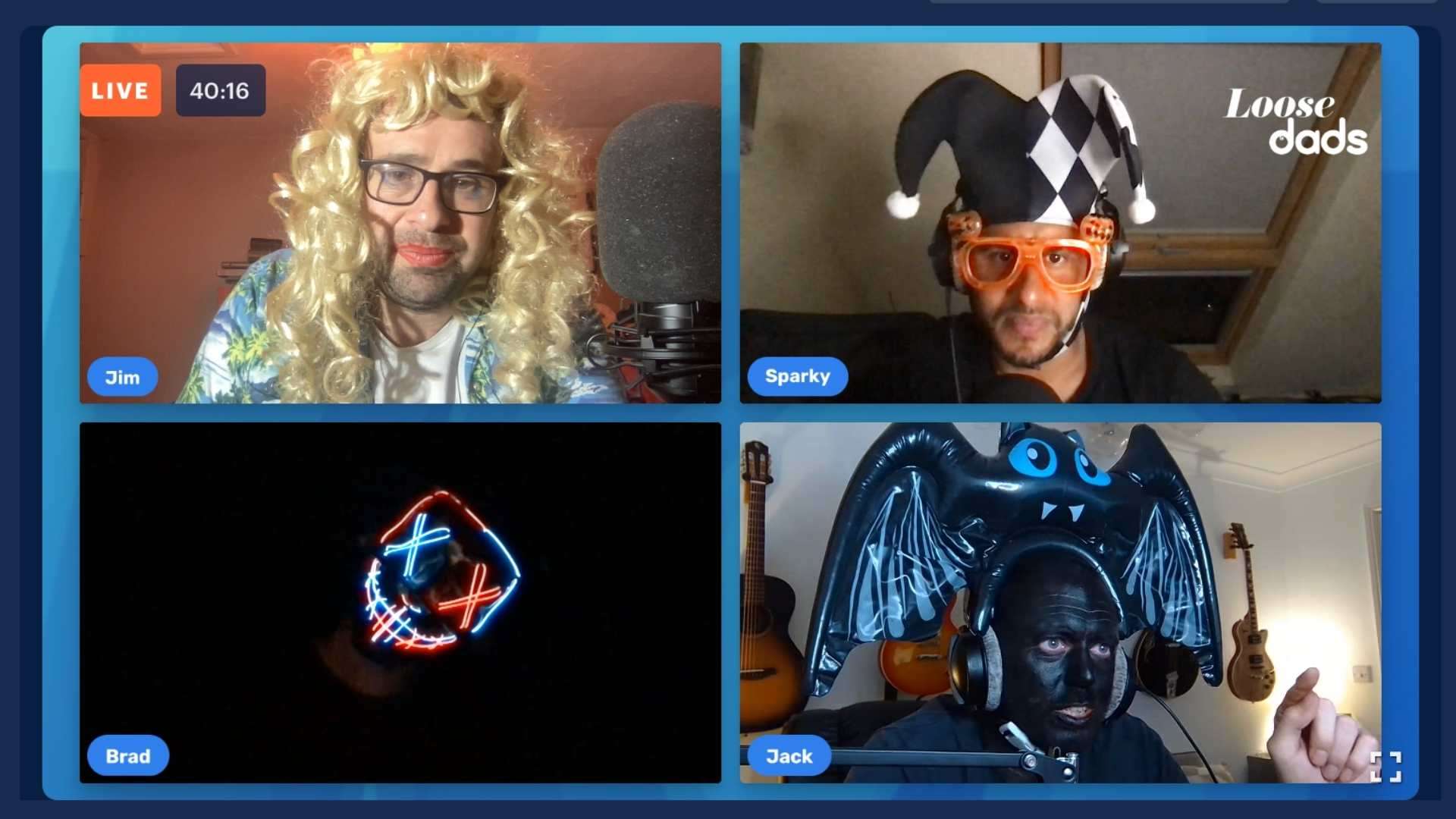 The presenters of Dadsnet’s Loose Dads podcast hosted their weekly live stream in full Halloween costume this week. The trick to this treat was that they only had a £7.50 budget to create their look. So, read on to find out what they did and it might spark ideas for cheap Halloween costumes for you.

It’s fun to dress up at this time of year and can be an activity the whole family can join in with. But, obviously times are tight. You don’t need to throw huge amounts of cash at Halloween, you just have to think outside the box!

Ideas for for cheap Halloween costumes – the Loose Dads

This is what the Loose Dads looked like on the stream on the Dadsnet Facebook page, Loose Dads Facebook group and Loose Dadas YouTube channel, where they go live every Tuesday night at 8:30pm. 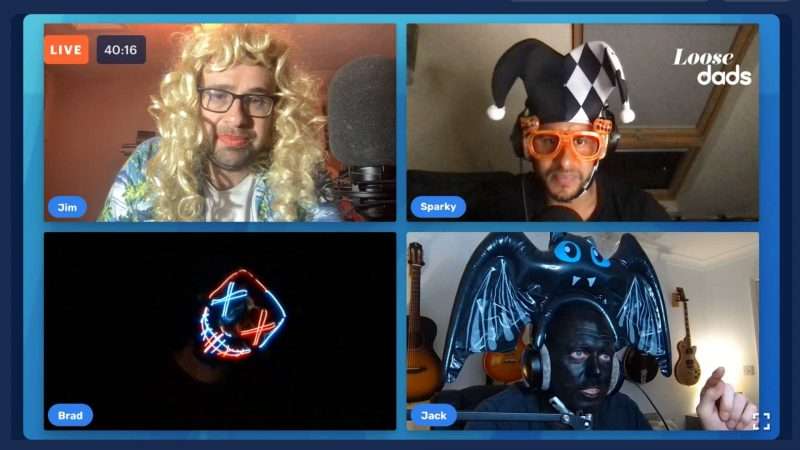 Jack scoured the aisles at B&M Bargains before settling on an inflatable bat hat. He also needed all the face paint so he could give the impression of the bat being alone on screen, flying through the night and discussing the week’s news. Whether he succeeded or not depends on your point of view. The good news is that he came in on budget.

Sparky used up half his budget buying a second pair of flashing glasses for his two-year-old son, who was jealous of his dad’s. That meant Sparky had to raid his substantial dressing up box for the jester hat to accompany the look.

The scariest thing Jim could think of when looking at ideas for cheap Halloween costumes was Liz Truss. He bought a blonde wig from a charity shop despite his wife’s protestations that the former PM has a straight bob rather than a curly do. But curly was all there was in the shop, so that informed the decision. The Hawaiian shirt, also from a charity shop, symbolises Truss dashing off on holiday to not have to help clear up her mess. Jim’s kids helped with the make-up.

There was a little bit of cheating from Brad, who spent no money because he stole the neon mask from one of his children. Having said that, Brad in a dark room with just the lit up outlines of a spooky face was fairly scary as costumes go.

You can watch the full stream here:

Have you got any ideas for cheap Halloween costumes? Leave them in the Comments