From ‘I’ll do it later’ to ‘I hate you’: Annoying things teenagers say and do – and why they do it 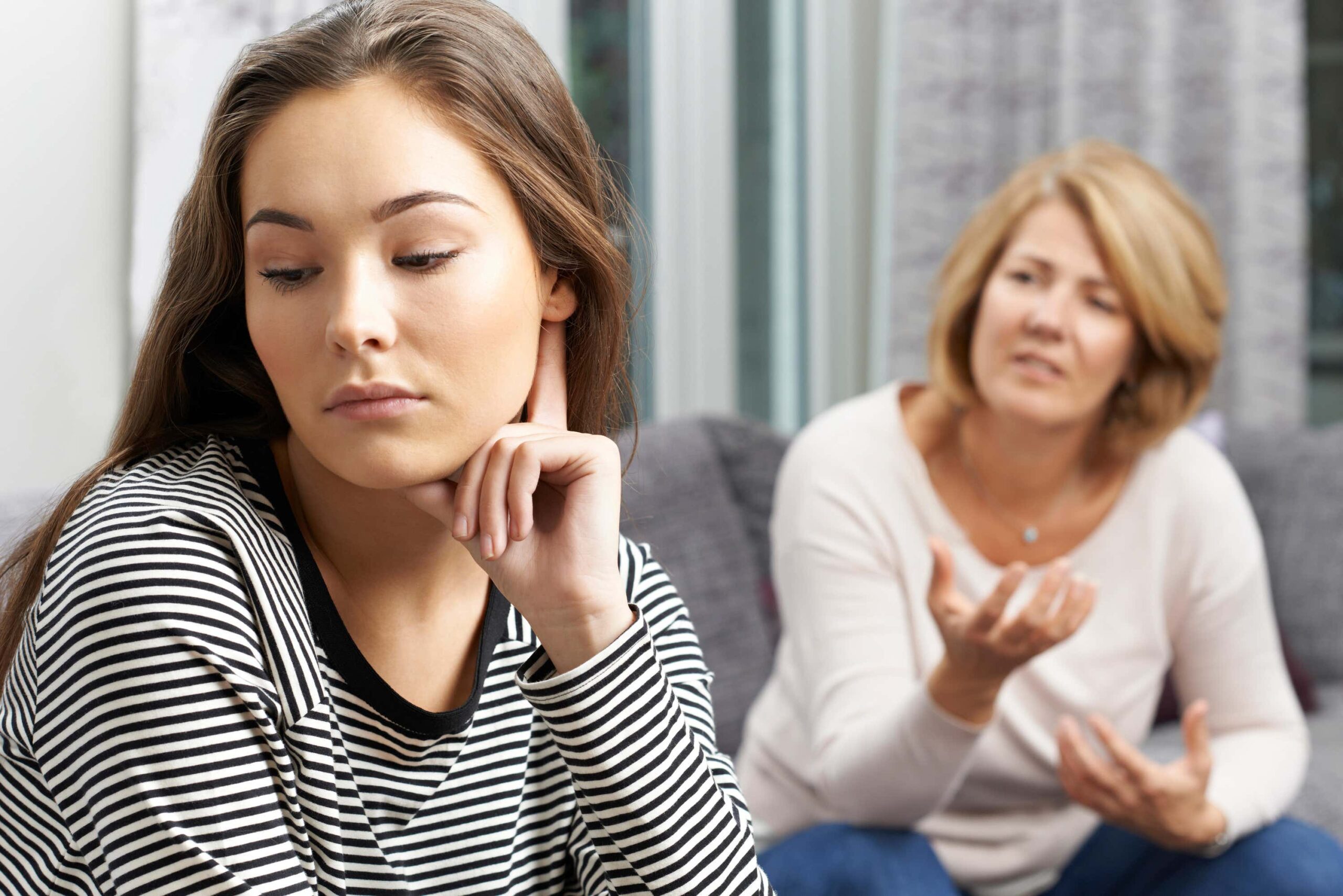 Teenagers can be annoying – to put it mildly. Almost any parent of an adolescent could regale you with endless tales of things their child has said or done that are at best infuriating and at worst, beggar belief.

For example, you’ve just spent a fortune on food shopping and they look in the packed fridge and moan ‘There’s nothing in’. They don’t look up from their phone when you ask them to do something, say they’ll do it “later”, then accuse you of nagging when they still haven’t done it after you’ve asked them repeatedly (nicely at first, and then with increasingly justified irritation). And so on…

But why do they do it? Because they’re asserting their independence, of course, but also, to put it bluntly, because they don’t care what their parents think, say the experts. 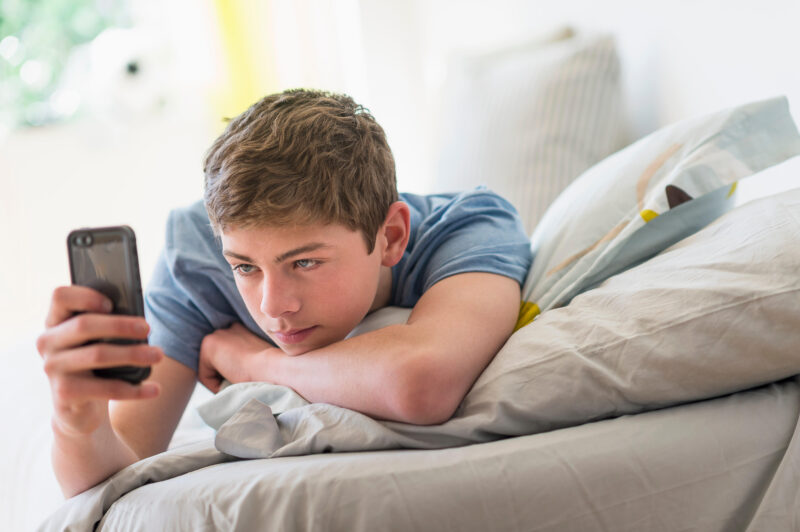 “Whether it’s helping with household chores, or sticking to rules, many young people simply don’t care,” insists Gill Hines. “They leave dirty plates all over the house, drop wet towels on the floor and act as if you’re a nagging crazy person if you mention it.

“Your disapproval means next to nothing by the time they’re 14 or so, except that it might upset their material comfort.”

And Professor Suzanne Franks, adds: “They want to mark out their independence and push away from the nest. But the comforting thought is that it will pass – and ultimately they’ll see parents as decent, interesting and well-meaning – instead of ignorant and infuriating obstacles.”

Here, Hines and Franks outline a few of the galling things teenagers say and do (or don’t do) – and suggest why…

I'll do it later, cos I'll be older and therefore wiserhttp://t.co/OfpPjAfiet pic.twitter.com/JrRiLH41Vo

Franks says: “One of the really annoying things is that when a parent quite reasonably asks them to do some household task – pick up their dirty plates/glasses, or God forbid actually contribute to the household by emptying a dishwasher – there’s the irritating response, ‘I’ll do it later – can’t you see I’m busy?’, when they’re probably staring at a phone or similar.

“And then when later comes and they’ve still not done it so the parent angrily reminds them, there’s the response, ‘Chill out, I was just about to do it….why do you always nag me?’”

Such comments may be linked to teenagers no longer craving parental approval, and Hines says: “Until about the age of 10 or 11, parental approval is the most important thing in the world, but by the time their brains are rewiring themselves into a fully-functioning adult brain – which isn’t complete until about 25 – parental attitudes, opinions and advice is of no use to them at all.

“Imagine how you’d feel if an ex tried to tell you how to behave, what to do etc. Your world is not their world, only they live in their world and you might be allowed in sometimes, but you’re a visitor on their terms.”

– things I find on my teen's floor

Requests to tidy up or help with a household chore might well be met with a disdainful expression and an outraged ‘I’m not your slave’, ‘Not my problem..’ or even ‘Do it yourself.’

Hines explains: “As teens grow, they’re beginning to move away from the family and towards their new ’tribe’. They search for acceptance from peers while wanting to be seen as a unique individual.

“Parents belong to another part of their life – by the time they hit the early teens, parents are primarily ’staff’ who get necessary things done – provide money, food, clothing, lifts, clean warm beds, showers and baths, material goods and emotional support when needed.”

She says most parents don’t do the job as well as their teens would like, because they insist on trying to understand and advise them, and stop them doing everything they want.

“This means they might sigh when you don’t give them what they want, or use a verbal slap-down to put you in your place. They may not even realise this is what they’re doing, but adolescence is one long power play.”

Franks says: “Another annoying topic is, probably unfounded, comparisons with others… ‘ X is always allowed to do that/stay out past midnight/has access to money etc’.”

Other examples of such comparisons are “I want to live with X’s parents, they care about her”, and ‘If X (sister) asked, you’d say yes’, suggests Hines, who says: “If they know you sometimes worry about your parenting – perhaps they’ve heard you talking to other parents – this may become an area of weakness to be picked at.

“Parents who had very difficult relationships with parents in their own youth and have talked to their young person about it may well find their child has no qualms about using it to score points as in, ‘Sometimes you sound just like grandma’.”

4. Not answering their phone

You can tell teens to make sure their phone ringer is switched on and the battery is charged before they go out – and still they don’t answer their phones when you’re trying to find out where they are/what time they’ll be back.

“As far as phones go, when you’re urgently trying and failing to reach them, the inevitable much later response is, ‘Sorry I never saw your calls/there was no signal/my battery ran out’, which is probably completely untrue but difficult to prove,” observes Franks.

Teens can also say hurtful things to their poor parents, from the brutal ‘I hate you’, to the callous ‘Tell someone who’s interested/who cares’, or the hard-done-to ‘You never listen even when I do talk’.

“Sometimes this is quite a learned behaviour,” explains Hines. “Parents often criticise their children, and most teens see this criticism as deliberate cruelty on the part of the parent, therefore their own cruelty is justified.”

She says sometimes a teenager’s cruelty is unintentional and stems from adolescent brain changes, particularly in their ability to empathise and recognise others’ feelings expressed facially or verbally.

“There are times for most adolescents when their understanding of why someone might say something drops to the same level as a five or six-year-old, who typically care about the feelings of those close to them only when those feelings aren’t in direct conflict with their own,”

But she points out that when angry teenagers behave in deliberately hurtful ways without provocation, it should always be discussed later, as it’s not acceptable behaviour even if they can’t fully control it. She stresses, however, that this discussion needs to be without blame.

Stay tuned for my next book all about raising a teenager that will be entitled, "I don't know what time it starts or where I'm going or who's going to be there and I'm annoyed you're so concerned over minor details".

Parents often want to know exactly where their teen will be when they leave the house – and all too often when asked where they’re going, the response is the extremely unhelpful ‘Just out’ – and they certainly won’t elaborate on what they’ll be doing when they’re ‘out’.

Hines suggests such answers can be classed as a misleading statement or omission, and says: “Why do they do it? Because it’s easier than coping with your reaction. People generally lie when telling the truth makes life harder for them.

“From puberty onwards, young people become naturally more secretive/private. The older they get, the wider this area of secrecy becomes and they resent any intrusion into it. It’s natural and healthy that they behave like this, as they’re beginning the process of separation from the family towards independence.

“Most young people stay financially dependent far longer than they are emotionally or psychologically dependent on their families. This has nothing to do with a change in their feelings towards their parents – love and attachment last a lifetime.”

What are your top tips for dealing with teenagers?  Tell us about it in the comment section below! 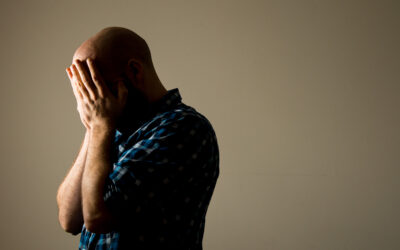 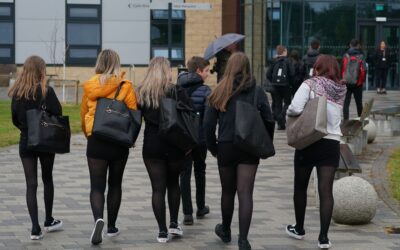 The head of Scotland’s largest parent group has condemned the Scottish Government’s “inappropriate” health and... 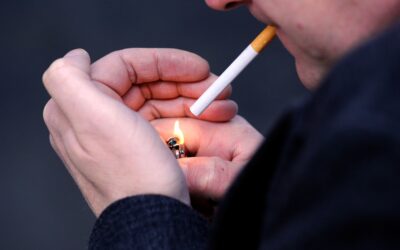 The Better Health Smoke Free campaign highlights research showing the impact that adult smokers have on the young...