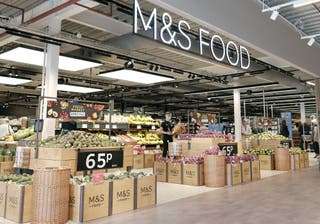 Schools may have to reduce portion sizes for children’s meals due to ratcheting costs, the boss of one of the UK’s biggest food wholesalers has warned.

“The situation is going to lead to some difficult decisions for school caterers,” he told BBC Radio 4’s Today programme.

“Either they are going to serve smaller portions or use cheaper ingredients, which is not going to be good for children.”

He added that baked goods are currently up to 30% more expensive due to rising wheat prices, which are also due to feed into pasta, eggs and chicken.

The price of sunflower oil has also “doubled against a year ago”, after being pushed higher by the invasion of Ukraine, one of the world’s biggest food oil exporters.

“We have held off increasing the cost of meals to paying families as it will be another pressure on them,” he said.

“At the moment the school is absorbing the increased cost but it is not sustainable. The money we get for infant and key stage 2 free school meals is not keeping pace with gas increases and increasing food supply costs.”

His comments came as the chairman of Marks & Spencer also warned that food prices could soar by as much as 10% this year.

The warning comes a day after Andrew Bailey, governor of the Bank of England, warned that households could witness an “apocalyptic” shock from rampant food inflation.

Archie Norman, who has chaired M&S since 2017 and was previously the boss of Asda, said food prices would increase further during the rest of the year.

“It’s very negative for consumer discretionary income but it’s perhaps not apocalyptic,” he told the BBC.  “It wouldn’t be surprising to see food price inflation over the course of the year running towards 8% to 10%.

“But we don’t know that yet because it runs through the year – some has run through now but there is quite a lot still to come.”

Analysts have predicted that overall inflation could rise sharply to 9.1% for April, when the latest official data is given by the Office for National Statistics (ONS) on Wednesday.

The ONS reported 5.9% food inflation in March and this is expected to have accelerated last month.

The supermarket executive, who was also previously a Conservative MP, said grocers have had to pass some cost inflation on to customers but said spending has been bolstered by customers’ savings built up during the pandemic.

Mr Norman said: “What’s happening is global prices are rising, it’s not to do with UK food so much as the effect of freight costs, wheat prices, oil and energy prices knocking on to almost everything.

“As a consequence, all food retailers in the UK are, because we operate on very thin margins, going to have to reluctantly allow some food price inflation to run through the system.  At the moment, UK spending is pretty good because customers still have quite a lot of stored-up savings.

“The crunch is not going to be now, it is going to be in the autumn after people have come back from their holidays, spent their money and there is nothing left in the kitty.”