Sometimes the infantile mind reimagines the world to suit its own narrative.

Adults do this too, but this is a different process caused by some sort of confirmation or hindsight bias which allows facts to be changed to fit an already approved direction of thought.

When children rewrite the world it is more innocent, more charming. The subject is altered through misunderstanding or error or innocence.

And the results can often be preferable to the real thing.

When I was a young boy one of my favourite songs was by Paul McCartney. It was called Mullican Towers.

I would sing or hum the theme often. I imagined Mullican Towers to be some huge, dark stately home in Scotland. Perhaps it had once been a boarding school. Full of dusty corridors, mahogany furniture and four-poster beds. Undoubtedly there was an elderly patron called Digory with wild, white hair. It was probably haunted and a suitable location for all manner of childhood adventure.

It was many years later that I finally discovered that the song Mullican Towers which I knew and loved was actually known to the rest of the world as Mull of Kintyre.

It’s never been quite the same since. I still much prefer my version.

And so I bring you to this morning when I’m driving into Hillsborough, my son in the seat beside me providing a steady stream of commentary and illumination.

Sometimes, on the outskirts of the village, a large fish and chip lorry can be found. I imagine the chosen market are lorry drivers travelling between Belfast and Dublin. 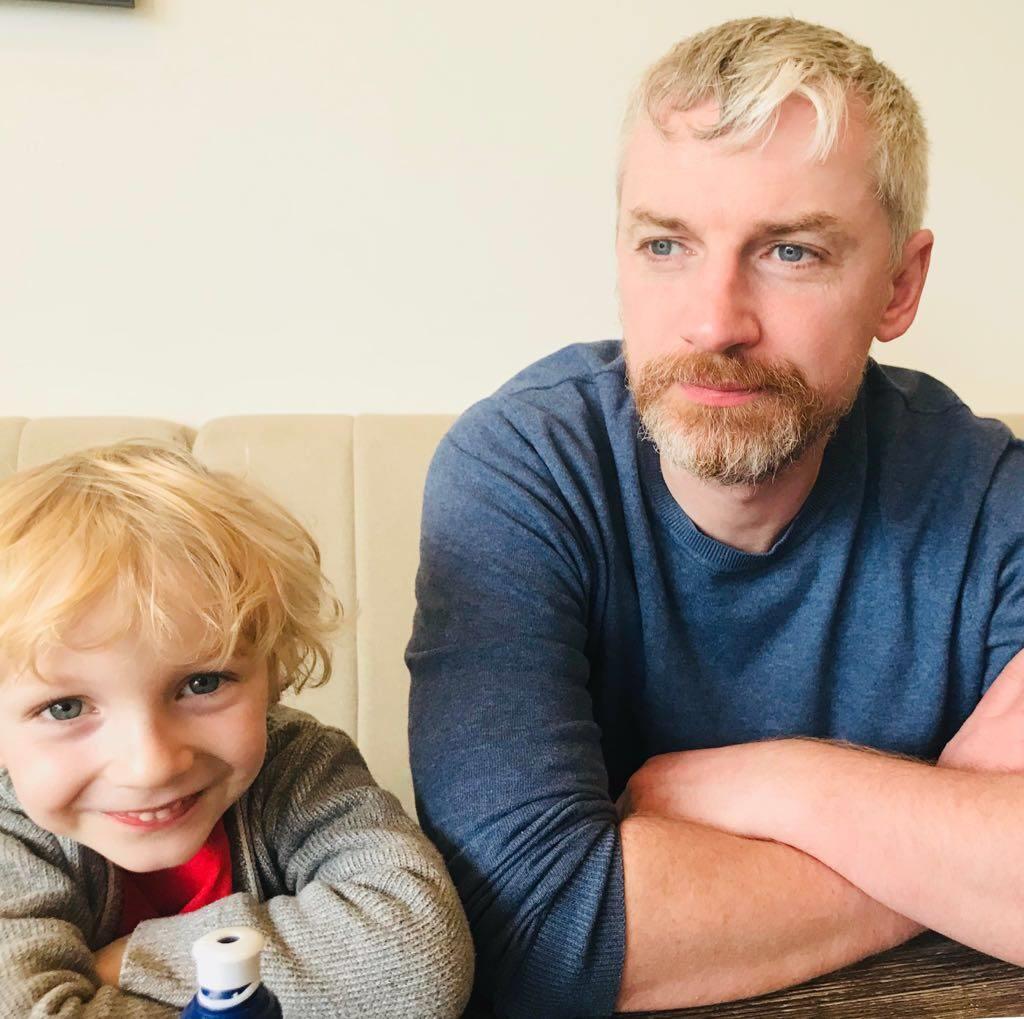 The lorry was there today. My son was excited.

I spotted an opening. Chips are a staple of my son’s diet. But fish? This was new. It’s all relative but compared to what he usually eats, it almost sounded healthy.

‘Fish?’ I responded incredulously. ‘Are you going to eat fish?’

He rolled his eyes.

‘No daddy, I said fish and chips. I hate fish.’

I took a moment.

‘But if you’re having fish and chips then that means you’re eating fish, as well as chips.’

I could see he was getting annoyed now.

‘No daddy! Fish and chips!’

This bizarre conversation continued in this way for some minutes. Like the DUP and Sinn Fein, it seemed that we had reached an impasse. And just like them, it all seemed to be falling apart over language.

I tried to find a way through it. I told my son I didn’t understand. How could he want fish and chips? But not fish?

So he walked me through it. Nobody likes fish on its own. But everyone likes chips, which are stuffed with… fish.

‘Is that why they’re called fish in chips buddy?’ I gently inquired.

And so it is. That’s why we’re having fish in chips for dinner tonight.

And I don’t care what anyone says, Mullican Towers will always be a far better song than Mull of Kintyre.