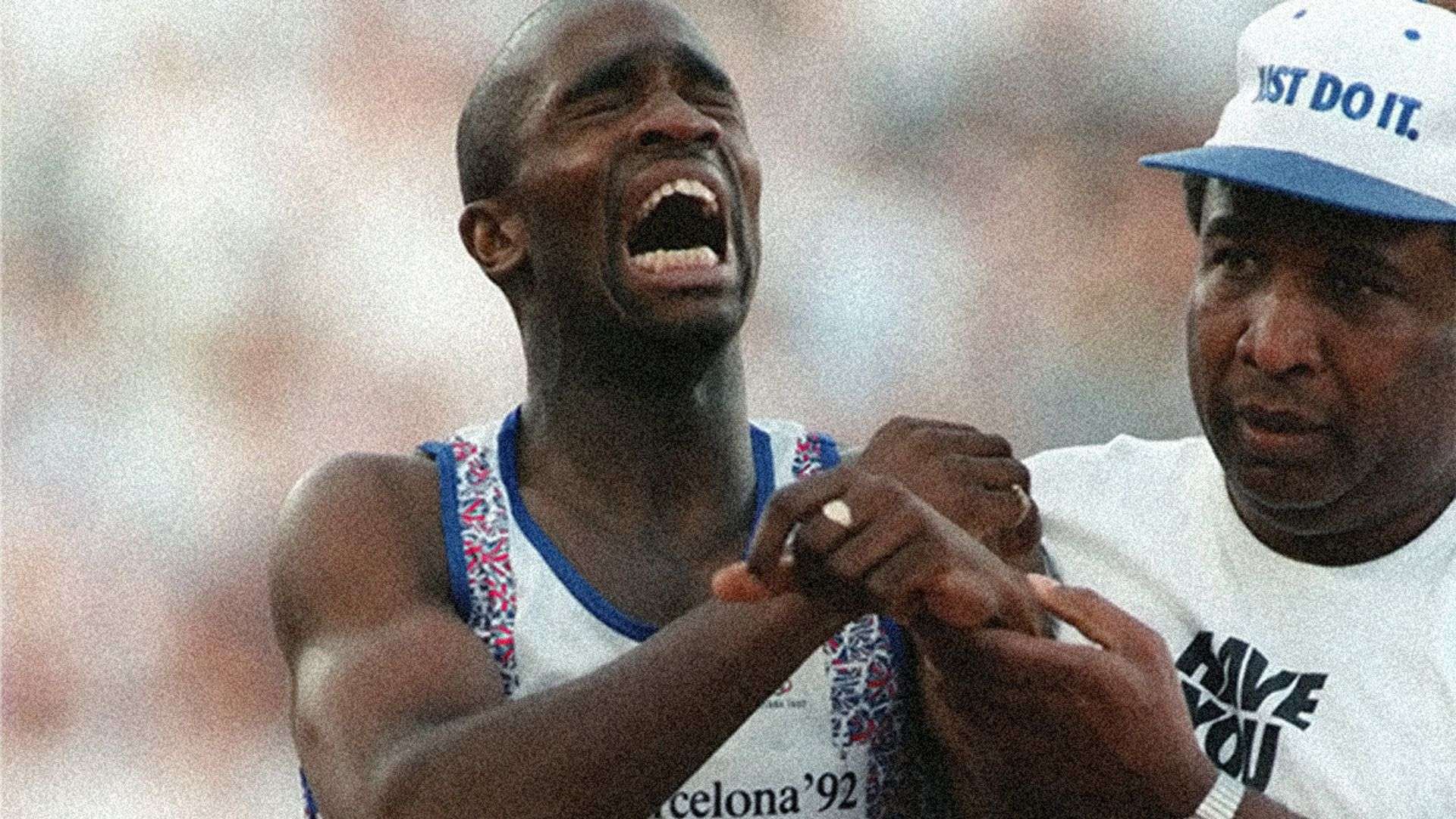 The man responsible for one of the most famous inspirational dad moments of all time has died. Jim Redmond, who helped his athlete son Derek hobble over the finish line at the 1992 Olympics passed away yesterday at the age of 81.

Derek Redmond had a real chance of gaining a 400m medal at the Barcelona Olympics in 1992. Having had to pull out of the competition in the previous games on the day of the event, he had undergone eight operations to get him ready for the 1992 Olympics.

In Barcelona, he cruised through the first round with the fastest time of all the competitors. After making it through the quarter finals, he started the semi-finals strongly before disaster struck. After 150 metres he suddenly pulled up, obviously in pain. After the event, he would recall that at first he thought he had been shot. However, he had torn his hamstring and fell to the ground.

Stewards and stretcher bearers tried to get him to leave the track, but Derek decided he wanted to carry on and finish.

The problem was that he was just in too much agony to continue. Seeing his son struggling, his dad Jim pushed his way past security guards to join Derek on the track. Derek says that Jim at first told him that he had nothing to prove and could leave with his head held high. However, Derek was determined to reach the line and Jim supported him on his shoulder and they finished the race together.

This inspirational dad moment, featuring Jim holding up his weeping, injured son is iconic. Online audiences have viewed the footage millions of times. It is one of the most famous examples of fatherly love in the public domain. This is how it happened:

Although the pair made it to the line, the official record says Redmond did not finish the race. However, the legacy of this inspirational dad moment will live on in Olympic history forever.

The International Olympic Committee paid tribute to Jim on the announcement of his death.

Our thoughts are with Derek Redmond and his family following the death of his father, Jim.

Together, they brought us one of the most inspirational moments in Olympic history. ❤️ pic.twitter.com/IyHekB2fyP

And the British Olympic team said that the moment “will never be forgotten.”

Which other inspirational dad moments do you remember? Leave a message in the Comments below