Is it ever OK to put your child on a diet? 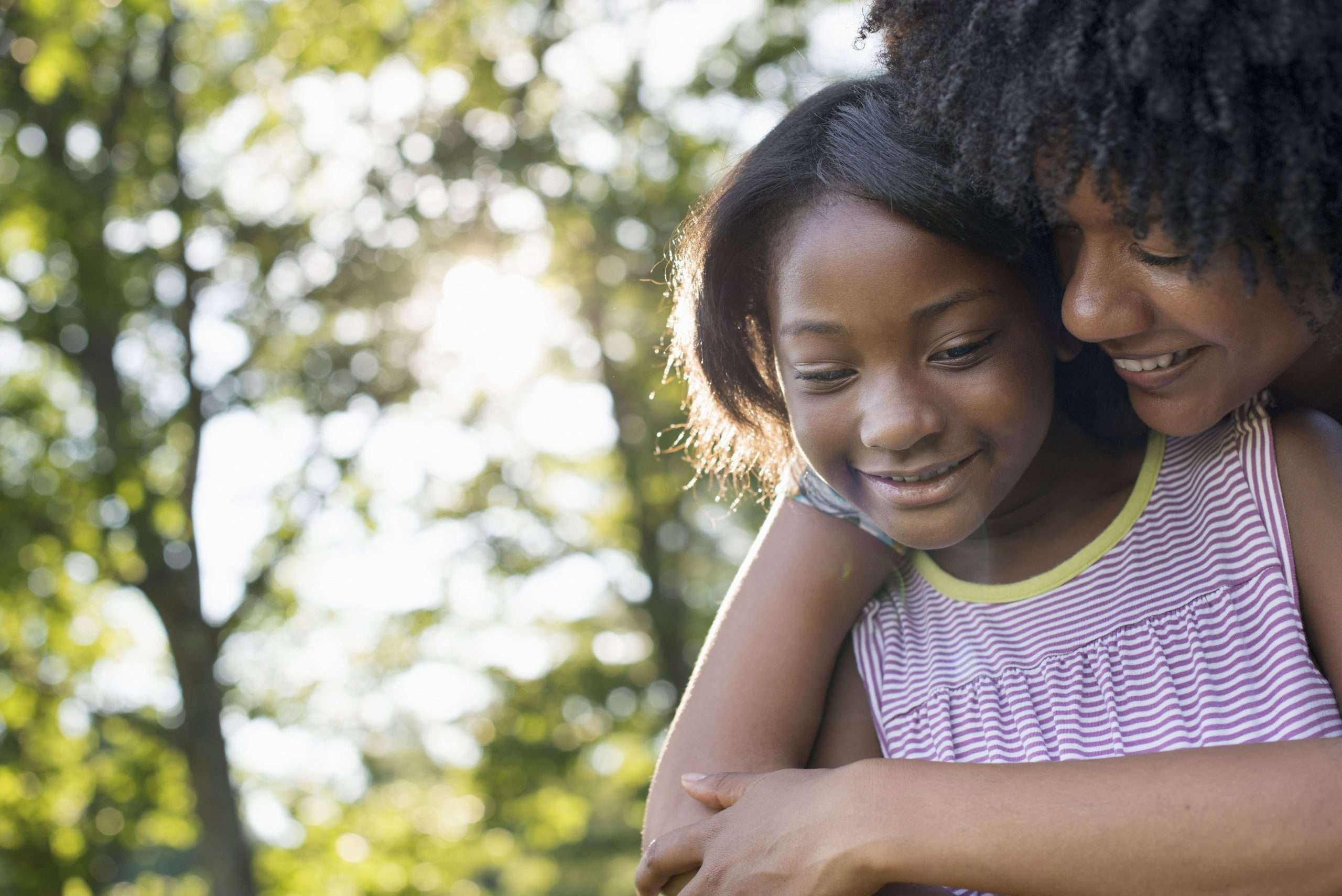 Although we’re getting better at recognising it, we are surrounded by diet culture.

On social media, in magazines, on the TV, in the classroom and our everyday conversations – it’s literally everywhere.

And children seem to be worrying about they way they look more and more. According to the Mental Health Foundation, a body image in childhood survey by Be Real found that 79% of 11-16-year-olds say how they look is important to them, over half (52%) often worry about how they look, and 35% of 13-19-year-olds said their body image causes them to ‘often’ or ‘always’ worry.

So, what happens if your child asks if they can go on a diet, or start a food and exercise ‘regime’? As much as we’d love them to know nothing about such things, there probably aren’t many parents who haven’t tried WW, Joe Wicks, fasting, or some other diet or fitness fad in the hope of losing weight, being healthier or becoming fitter.

Children are like sponges, so every time you’ve voiced an unhappiness about your body or weight, felt fantastic after shedding some inches, or got grumpy about having to eat or cook in a certain way – they’ve soaked it all up. So naturally, if they don’t feel happy with their bodies, they’re going to look to the tried and tested methods they’ve seen first-hand. 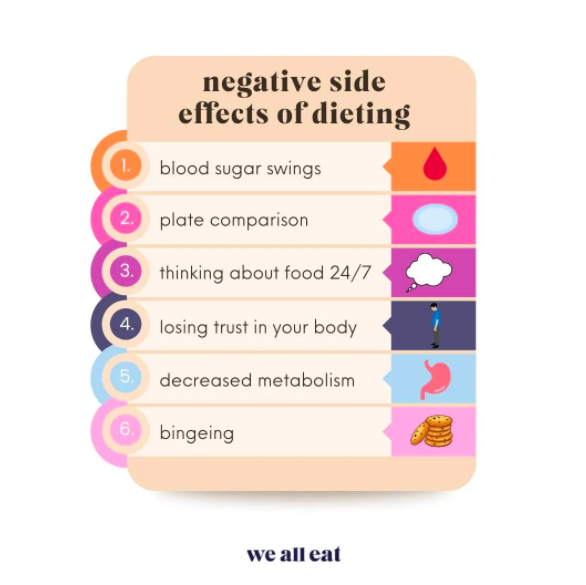 So, what exactly should we do when ugly weight, diet and body conversations crop up at home?

“If your aim is to raise a child with a long-term healthy relationship with food, who’s in tune with their body, who has a positive body image and treats their body with respect and kindness – and treats other people with bodies that don’t look or function like their own with the same respect and kindness – then the very worst thing you can do is to put them on a diet,” says author and campaigner, Molly Forbes.

“There are many different factors which can influence a child’s weight. But diet culture teaches us that our body weight is a behaviour, entirely within our own personal control, and that higher body weight is automatically unhealthy. This is perpetuated by many of the public health policies we’re seeing at the moment.”

Thank you so much for sharing your story John ❤️

Remember we are here for you if you need support. pic.twitter.com/W2cH0g8lh9

Jumping from diets to eating disorders might sound extreme, but what starts off small can sometimes grow into a much bigger problem.

“Dieting can be dangerous for children who are still growing and developing, as they may not be getting adequate nutrition,” says Martha Williams, UK eating disorder charity Beat’s clinical advice coordinator. “Sadly, dieting has become so normalised in today’s society that some parents may believe they’re doing the right thing by putting their child on one, but putting your child on a diet can increase their likelihood of developing an eating disorder.

“A lot of people we speak to tell us their eating disorder began with a diet that gradually got more restrictive over time, or that dieting negatively impacted the way they thought about food. Dieting tends to promote categorisation of foods into ‘good’ and ‘bad’, which can cause disordered eating habits,” Williams adds.

“We also know that diets can lead to an increased preoccupation with food, which can make it hard to concentrate on other important things.” Intrusive thoughts about food, or increased cravings for foods that the diet doesn’t ‘allow’ are also frequently experienced.

What can parents do?

The most important thing any parent can do is give their child love. Adore every inch of them that’s on the outside, as well as the inside.

“The very best thing you can do for your child’s body image is to accept their body just as it is,” advises Forbes. “And then to really show your child that all bodies are good bodies – through representation (books are a great way to do this), conversations, and helping them to develop media literacy skills that allow them to think critically about some of the messages making them question their bodies, or making judgements of other people with bodies unlike their own.

“In the moments when a child might display body insecurity, or say they need to ‘go on a diet’, it’s important to validate their emotions, rather than brushing it off. We all live in this high-pressure culture that makes it really challenging to accept our bodies as they are, so be honest with your kids about that, but let them know that while it might be hard to be friends with your body, it is possible. Body shame is not an inevitable part of life, however normalised it has become.”


If a child tells you they want to be bigger, smaller or eat less, talk to them, Forbes adds. “It can help to try to get to the bottom of why a child is feeling this way – is there something else going on that may be bothering your child and making them seek control over food, that they may not have elsewhere, for example? These are big things for parents to deal with alone, so my advice if anything like this comes up is to always seek professional help. Eating disorders are incredibly serious, and this could be a sign that your child is struggling, so seeking support is not something to put off.”

Williams agrees, adding: “If a child is asking to go a diet, there may be underlying factors. We would encourage parents to approach these conversations sensitively and ask open-ended questions to establish the reasons for your child wanting to diet or increase their exercise levels. We also would recommend that parents be aware of the early signs of eating disorders.”

People with an eating disorder often look perfectly ‘normal’ and weight isn’t a reliable indicator. Beat says spotting the early warning signs involves looking out for changes in behaviour, such as social isolation, avoiding activities involving food or eating with others, difficulty concentrating, increased tiredness and irritability, low self-esteem and confidence, obsessive and/or rigid behaviour, perfectionism, increased amount of exercise, and disappearing to the toilet after meals.

The charity estimates that around 1.25 million people in the UK have an eating disorder, and all ages and backgrounds can be affected. “Sadly, we have seen a rise in numbers of people suffering following the pandemic,” notes Williams. “There are lots of reasons for this – disruption of everyday routines, increased isolation, promotion of exercise during lockdown, and general anxiety about the pandemic. Due to increased numbers, services are currently struggling to meet the demand for those needing support and treatment.”

So, if your child wants to go on a diet, shower them with love. Tell them they’re perfect just as they are. Talk about diet culture and the unreal ways so-called ‘ideal’ bodies are presented. And teach them that everyone is different. It is really, really hard to love your own body when we’re bombarded with images and messages that tell us they’re not good enough, but maybe you can learn how to do it together.

Have you had to deal with dieting children?  Tell us your story in the comment section below!