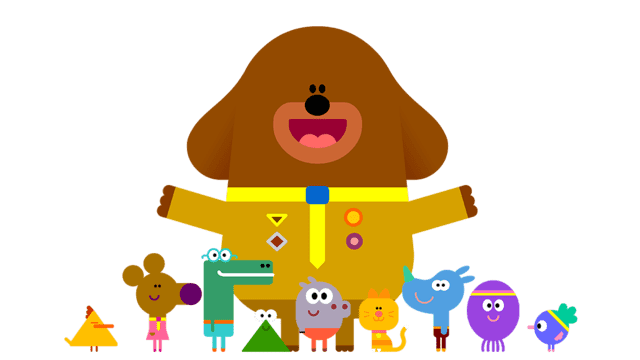 I’m about to drop an unpopular opinion on here, one that will certainly make me no friends.

I prefer to watch kid’s TV over ‘adult’s TV’.

It’s something I’ve struggled with for quite some time, but I can’t keep it quiet any longer. I get genuinely excited to watch a new episode of Hey Duggee!

But even the best looking trailers for the most acclaimed dramas leave me cold and emotionless in comparison.

Now obviously, the reason I’m watching them in the first place is because I have an 18 month old, and so I’ve become aware of a lot of them over time through a sort of osmosis. However, I now find myself watching them even when he’s gone down for a nap, when logic dictates that I should switch over to the news or something. And I’m fairly sure I’m not the only parent to have experienced what I shall now dub ‘the CBeebies Effect.’

But why, I hear you ask?

Well, I’m about to attempt to explain.

I watched all 5 seasons of Breaking Bad and not once did I learn how drums are made. I watched a single episode of Do You Know? and I understand the whole drum industry inside and out.

There’s a far more varied colour scheme used in kid’s shows as well. The colours you see in adult’s shows tend to be different shades of brown, maybe a bit of grey if you’re lucky. 30 seconds of Mr. Tumble and you’ve had every colour in the known spectrum twice over.

And let’s be honest, they’re so much easier to dip into and out of, as opposed to these 17 season, 48 episodes per season epics that sprawl across the TV schedule like a timewasting octopus. To keep up to date, you more or less have to make your own spreadsheet as you go simply to track who’s died, got married, been born, murdered their evil twin, etc, etc. With CBeebies, I know I can turn it on, watch Bing lose his teddy bear, find it again 5 minutes later, then forget about it for ever. I don’t have to remember from one week to the next that Bing’s teddy bear was abused as a cub, and has a serious problem with authority figures.

It’s all done and dusted in one sitting, no questions asked.

Lastly, and possibly most importantly, kid’s shows are still optimistic about the world around us, and as an adult, I find that incredibly refreshing.

I could reel off a list of bleak and depressing adult’s shows longer than Horrid Henry’s rap sheet. But genuinely feel-good ones? None off the top of my head. Even comedies these days are so downbeat they’d make Morrissey hit the bacon butties. But in kid’s shows, the world is still untainted by the pessimism of world-weary grown-ups.

Everybody is nice, everything is great, and even the things that aren’t, are given a reason as to why. The random cruelty of adult experience is also absent. Topsy & Tim’s dog wouldn’t die because a drunk driver mounted the kerb and turned him into pavement paste. He’d die because he was old and frail and ‘it was his time.’

There’s a safety about kid’s shows where everything that happens, happens for a reason.

That, in a nutshell, is why I believe there’s more inherent value in kid’s shows than adult’s shows.

But everything goes in cycles, and sooner or later, the gritty bubble will burst. Maybe I’ll get a head-start and begin pitching some reboots of dark, depressing shows, reimagined as fun and feel-good ones.

Keep your eyes on Netflix in the meantime.