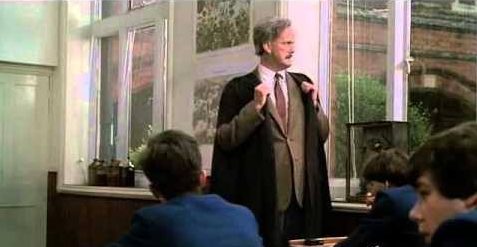 Sex and relationships education is now compulsory for all schools in England, but does it matter what they learn in the classroom?

I never had “the talk” from my mum or dad, although there was an unbearable, squirming half an hour during the AIDS panic in 1987 when my father asked me if I knew what a condom was. (It was hard to tell who was most embarrassed. Him, probably.)

At school, the large TV screen and VHS player was ominously wheeled into a classroom of boys. Today was the day for “the video.” I don’t remember much, except how joylessly biological it was; we guffawed at an infra-red image of an erect penis while our teacher gazed forlornly out of the window.

But the “sex” isn’t as important as the “relationships” – and that’s where a father can make a difference. You’re the man who is going to set every example, good or bad. You can show that men don’t have to be aggressive; can listen; can be gentle. You can talk about consent and what it means. That’s going to have a much bigger impact than “the talk” ever can.

How did you learn about the birds and bees – from parents, at school, or somewhere else? How embarrassing or useful was it? And what can a dad do to help his children grow up into healthy adult relationships?