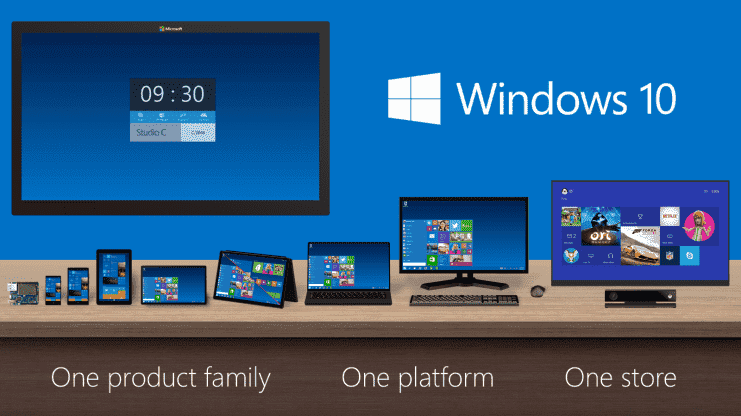 For those of you with a Window’s PC or laptop, you may have tuned in to Microsoft’s recent announcement of their new operating system, Windows 10. In fact, for those with an Apple or other operating system, you might have also been tempted to have a look too.
Ever since the days of Windows XP, Microsoft have been criticised for releasing a string of flawed operating systems, whether that be their edition of Vista, flawed with problems such as privacy and security. Their extremely slow and sluggish Windows 7 or the current windows 8, which following consumer backlash, they were forced to re-add the standard window’s button back in through their recent update 8.1.
Microsoft have now skipped a sequential Windows 9 to announce its latest offering, Windows 10. 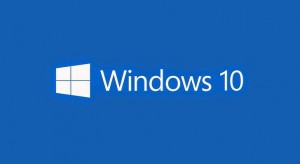 The first thing to note is that typically Microsoft have always charged for updates and new releases however with Windows 10, they are providing it for free to users of Windows 7 or 8 who upgrade within the first year of release. This is a major step in trying to regain the fightback of increased popularity towards its competitor Apple who have been offering free upgrades for a few years now or Google Chrome who’s updates are free forever.
Windows 10 will also work across all platforms, from PCs and laptops, through to mobile phones, tablets and even their gaming system Xbox. This is a master plan by Microsoft as not only will it mean all devices will work in sync with one another, it means that again, just like apple, you feel like you want to own another Windows device due to how much easier it is to work with just one user interface (UI) rather than try and get several different ones to work together in harmony. 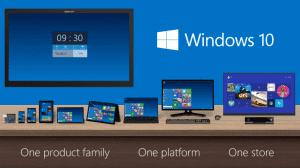 Its also worth noting that another parting shot has been sent by Microsoft here as their gaming competitor Sony recently released a piece of hardware for its playstation users (Playstation TV) which plugs into their PS4 and allows users to use the Playstation on another TV within the users house, meaning no need to worry if their PS4 is plugged into the main TV and someone is watching the latest Z listers within the Big Brother house, as they can venture upstairs or another room where a TV is located and play it on there. This currently retails for £79 however Microsoft says that due to Xbox having Windows 10, a user will be able to play on their xbox through their laptop or PC… for free!
Microsoft have very much gone back to basics with their latest offering, still retaining their touchscreen interface, all apps will now open within the desktop screen, in a window which can be minimised or maximised accordingly. Personally this is a welcome for me, as having briefly used Windows 8 (I’m a Mac user by the way) I couldn’t get to grips with the whole, Windows 8 format of things looking completely different than Windows versions of old. 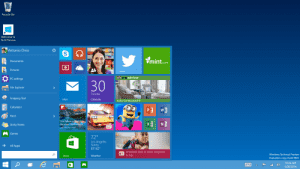 Finally Windows have very much focused on incorporating their own personal assistant, Cortana which is claimed has the ability to learn about the user and suggest things unlike a typical personal assistant of its competitors such as Apple’s Siri.
Release date is expected to be in late 2015 but I for one feel excited that the “Windows of old” may be back however given their previous offerings, I’m still a little sceptic. Hopefully I will be impressed and feel like I might even consider switching back should they be successful.
What about you, do you still use Windows?
buy singulair online langleyrx.com/singulair.html no prescription

Have you moved to a different Operating System and how do you find them in comparison? What are you looking forward to with their release?
buy stromectol online langleyrx.com/stromectol.html no prescription

Let me know in the comments section below….
Jim (@daddytechno)