Mila Kunis : We are Pregnant 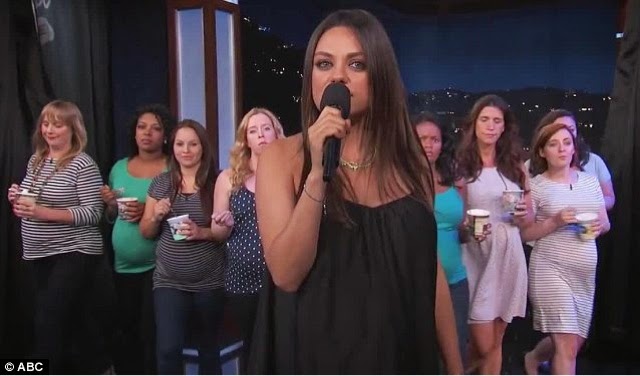 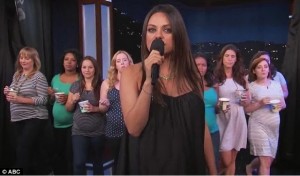 “Mother to be Mila Kunis has delivered a ‘very special message’ to all soon to be fathers: ‘Stop saying we’re pregnant.'”

Is she true? Surely she’s on a wind up! I mean, the whole video is done in jest right?

Firstly, well done Mila. You are absolutely correct. Men cannot biologically give birth to babies. The lack of womb, uterus, cervix and yes, lady hole has a large part to play in that pretty well known fact.

But here are some considerations that she may have overlooked in her comical display.

#1 You (females) did eat the apple in the garden of Eden!

#2 Which hole exactly is the ‘lady hole?’

#4 You listen to Bette Midler? I think everyone cries when they hear her droning on!

#5 Nurturing a human life? Isn’t that just called parenting? I guess you’ll leave that to your nanny.

#8 A water melon’s diamter is way bigger than a babies head. (I measured)

#9 Now its OUR little ‘love goblin? So just how much ownership do we have?

#10 I think it’s fair to say that rolling over is not quite ALL we did. As far as my year 5 sex education taught me anyway! You need 2 people to have those special hugs!

On a serious note, pregnancy is something that couples share. Yes, it effects 1 person physically, but the effects are far reaching and way beyond that. I am not overlooking, taking for granted,  playing down or disrespecting the fact that women have a tough road ahead of them and I do genuinely have a sympathy for the labour process. But we simply cannot forget that Dads Have Babies too. We share in every emotion, every mood swing and every craving. We have the same worries about being a good parent and what the baby will be like when they grow up.

Dads have rough deal already without ridiculous ‘famous’ celebrities adding to it. With as much respect to Mr Kutcher as possible, maybe her experience is somewhat disconnected from him and he is uninvolved, and I also don’t like to judge but it’s also more than likely that she will be disconnected from actually parenting the child from hiring a nanny!

The fact that she has said this belittles a dads contribution to the pregnancy. Is it really such a big deal for us men to say, “we are pregnant?” I think it’s more than that, I think we have a right to say that we’re pregnant.

There are a small network of dad bloggers out here trying to get the same message across, and in 1 small youtube / TV clip it can be undone.