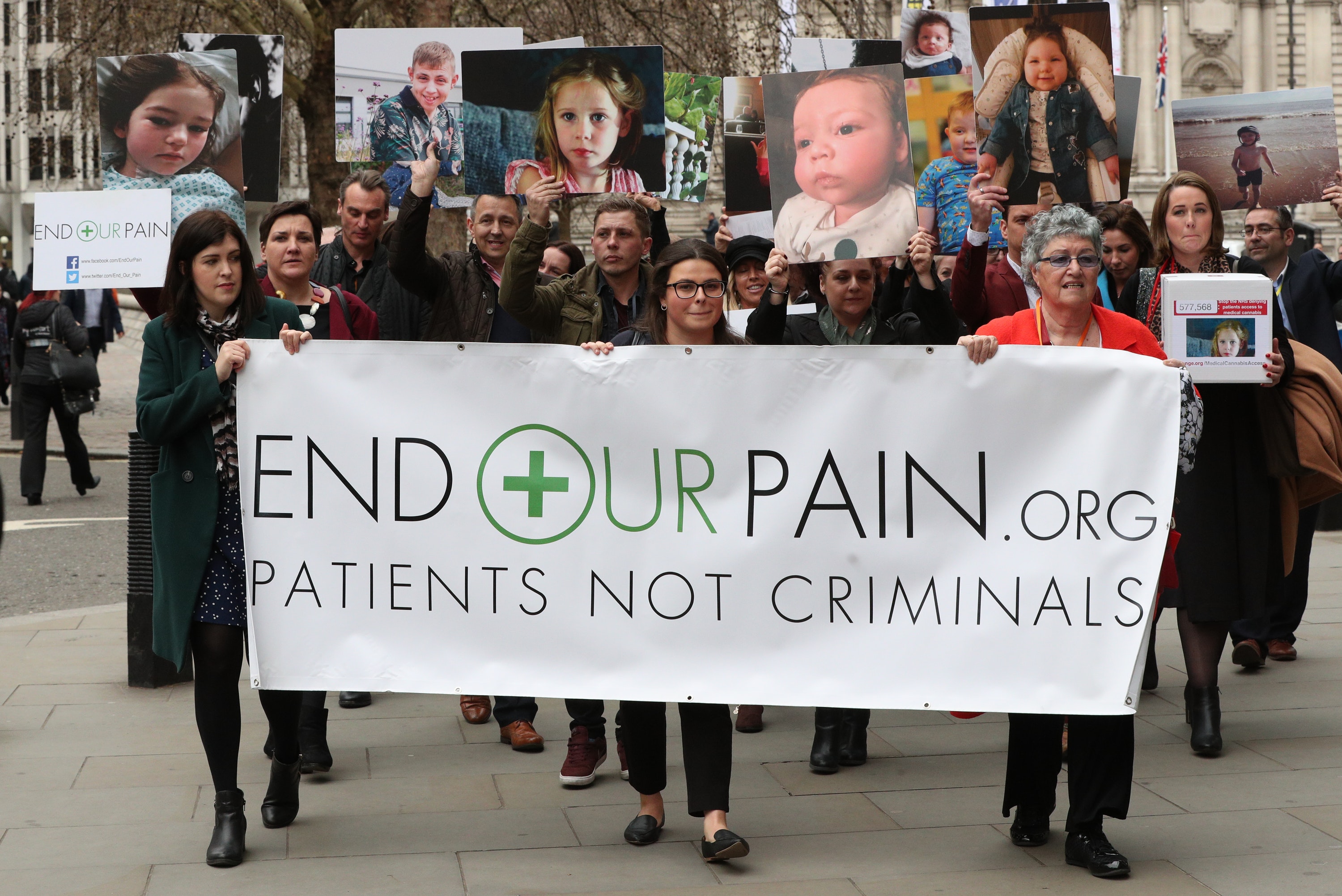 The mother of an epileptic five-year-old said the girl has been condemned to “becoming comatose and wracked by seizures” after Border Force officers seized her medical cannabis oils at an airport.

Indie-Rose Clarry, who has Dravet syndrome, a form of epilepsy, suffered severe seizures and panic attacks before taking the oils for the past 14 months, said mother-of-two Tannine Montgomery.

Ms Montgomery, 30, said she was stopped at Stansted on Friday after returning from the Netherlands, where she obtains the medicine using a private prescription written by her UK doctor.

She said: “Seizing this medicine is condemning my lovely daughter to becoming comatose, wracked by seizures and to be at high risk of an unnecessary death.

“For the love of God, this medicine is legal in the UK and I have a full lawful UK prescription for it.”

Despite having a private UK prescription, Ms Montgomery, of Suffolk, says it is cheaper to travel to the Netherlands to stock up on the oils, which contain the psychoactive ingredient THC (tetrahydrocannabinol).

Although it is illegal to import such medicines without a special licence, Ms Mongtomery said UK Border Force officials have in the past let her into the country with the drug.

Ms Montgomery said of Mr Hancock: “We know he has the report on his desk from the NHS setting out why the system for NHS prescriptions is blocked.

“Every day he doesn’t act on it is a day of interminable suffering for mothers like me.

“For families like us it’s too much to bear the frustration of knowing that there’s something that can transform the lives of our children but we are blocked from getting it.”

Then-home secretary Sajid Javid announced in 2018 that doctors are able to prescribe medicinal cannabis products, including for severe epilepsy.

However, parents have found they cannot easily access the medicines without paying thousands of pounds for an import licence.

In addition, many doctors will not prescribe them, citing a lack of official guidance on the issue.

Peter Carroll, from the campaign group End Our Pain, added: “This is truly shocking. The law was changed last November so that patients who could benefit from medical cannabis could be prescribed it here.

“Indie Rose’s parents have a lawful UK prescription for this medicine. The recent report from the Health & Social Care Select Committee specifically said that the harassing of families at the border should stop.”

Ms Quarrell made the plea on Friday, the seventh birthday of her son Cole Thomson, who suffers from a rare form of epilepsy.

Cole became the first child in Scotland to obtain cannabis product bedrolite from a pharmacy after a pharmaceutical company agreed to import it to Scotland for “cost price” – but it still costs the campaigning mother £700 per month, the Daily Record reported.