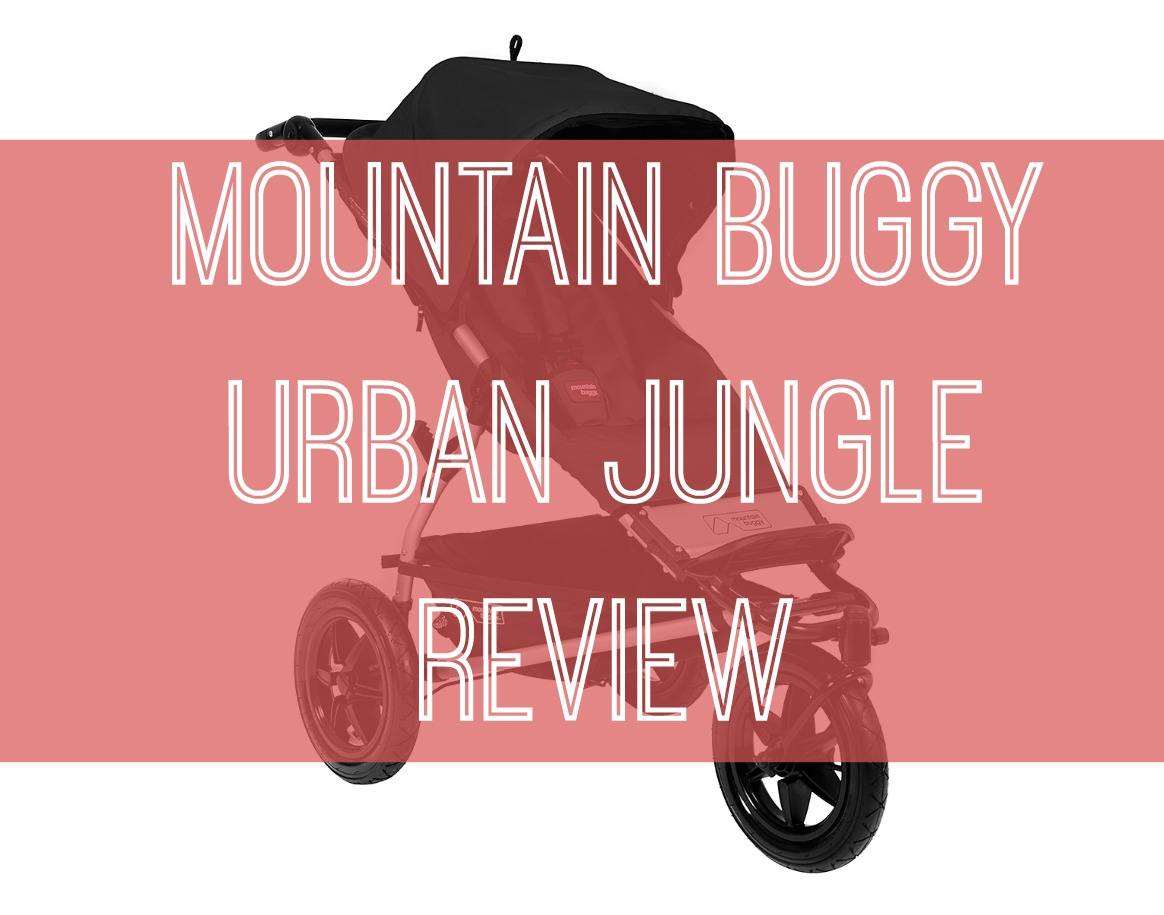 As a man, I love mountains. As a dad, I love buggies. So when Mountain Buggy got in touch asking if The Dad Network wanted to test out their latest we tested the Mountain Buggy urban jungle luxury collection in pepita, I obviously said yes. 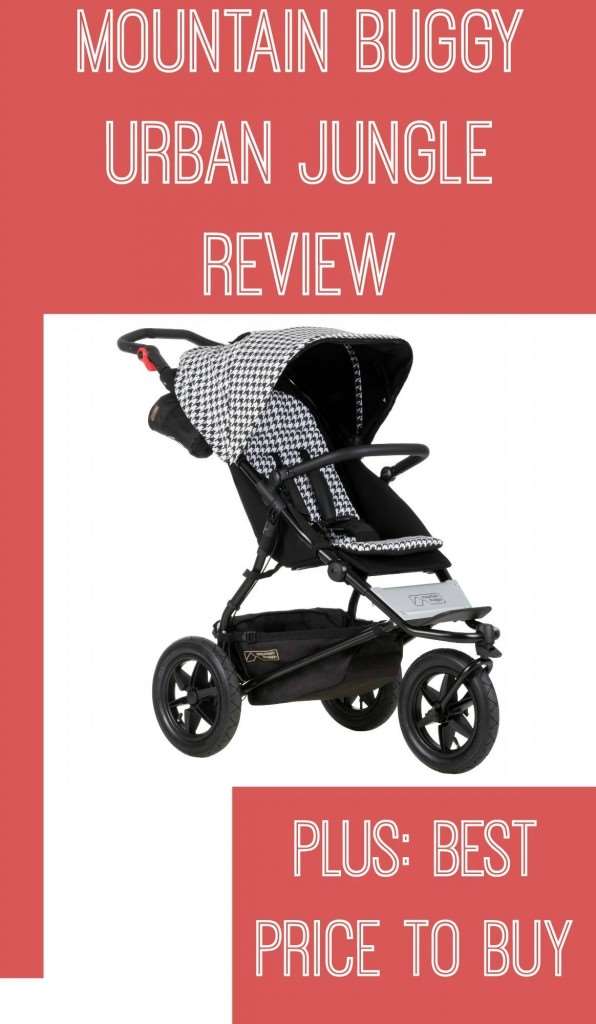 I’ve always been ‘outdoorsy’ and enjoyed getting muddy on walks and scrambling over rocks. Since Ted was born he’s been exposed to the great outdoors regularly, primarily in a baby carrier. A key reason as to why we used a baby carrier, was because our iCandy Strawberry (for all its strengths) wasn’t suited to the muddy, rocky and bumpy terrain I was venturing into with Ted. 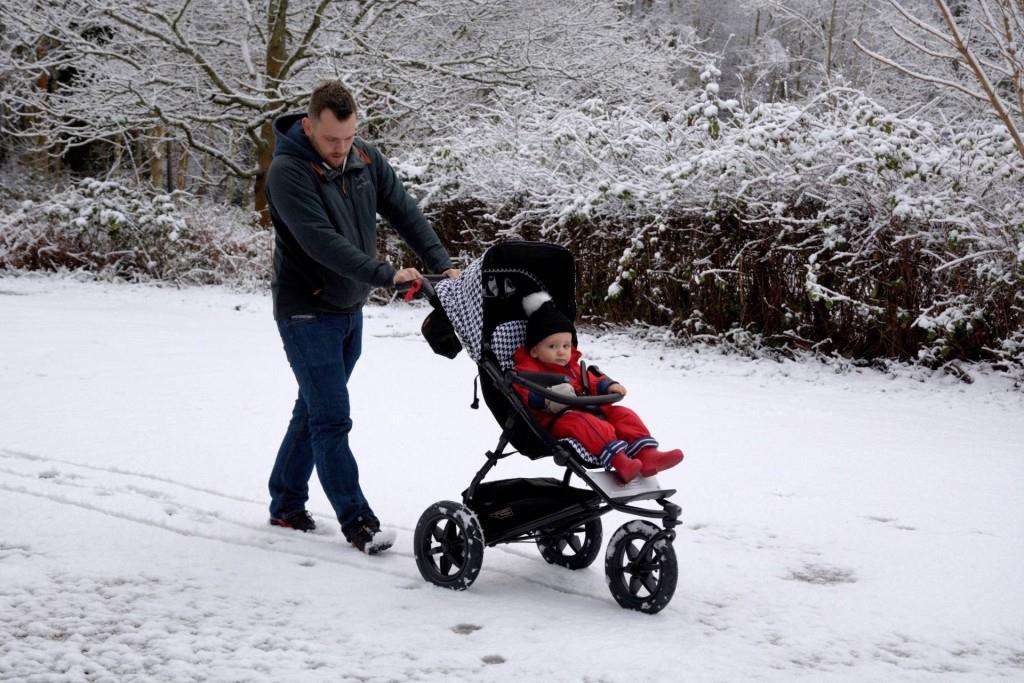 is designed to be an all-terrain pushchair meaning it’s perfect for me and Ted to get outside with. The Urban Jungle has been around since Mountain Buggy began manufacturing all-terrain pushchairs but over the years it has been tweaked for optimum performance. They have really worked hard to make it perform well off road but also a real competitor for the city dwellers among us too. I think they’ve achieved just that.

Out of the box, it was pretty much ready to go, with minimal set up. I just had to slot the 3 wheels in and attach the hood & bumper bar. Even newbie parents could do it! We thought it was very compact and folded down neatly, so I imagine it would fit in an sized average car and possibly smaller cars too.

Being a 3 wheeled pushchair makes it perfect for cutting through the dirt and tracks off road. Each wheel is a chunky 12-inch inflatable tyre providing excellent traction. As they’re inflatable, it does mean that they could be prone to punctures.

The frame is light weight, despite feeling solid and very sturdy.

Going off road with a buggy is more of a work out than on road, obviously. But having a buggy with a large range of handle positions can seriously help. Mountain Buggy have really thought about this. Whether you’re tackling a steep uphill or slippery downhill or just treacherous rocks, there’s a handle position to help.

The Urban Jungle comes with a fabulous hood and rain cover to make sure that there really is no excuse for not getting out on an adventure. 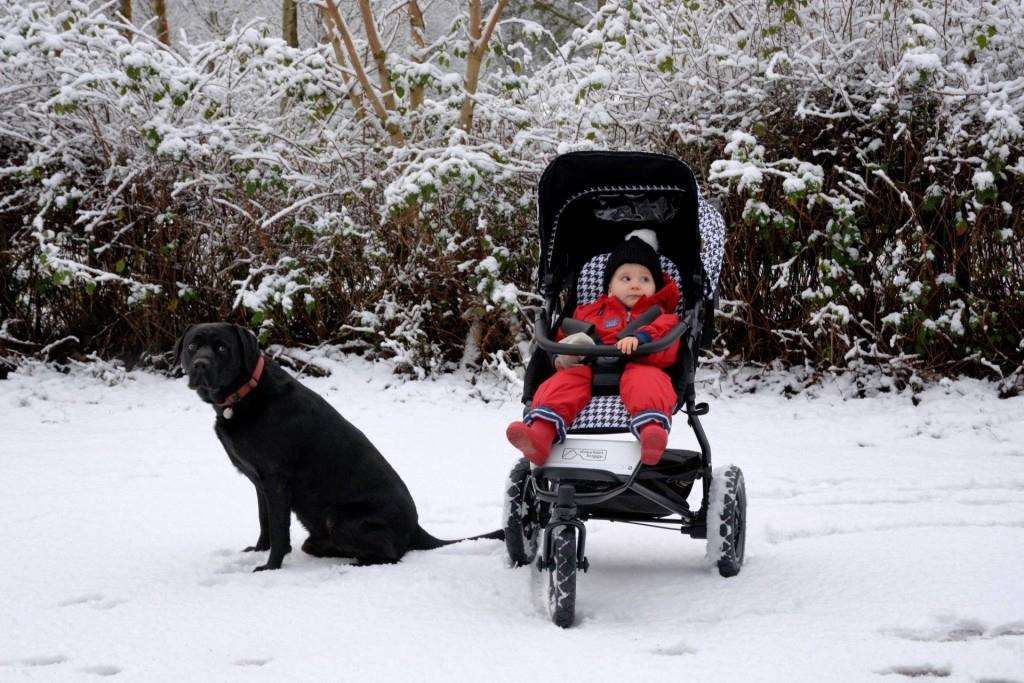 Suspension on pushchairs is usually lip service in my opinion, but this seems to be an exception to that rule. It genuinely makes a difference when bumping over rocky terrain (and up and down curbs) and as it sits high up the frame, I could really notice the difference for Ted.

The 5-point harness was perfect as Ted was buckled in safely and even with stood the thorough bumping around he experienced. There are some question marks over whether the release clip is too easy for slightly older children to undo, but Mountain Buggy assure users that it is more than enough according to safety standards.

For me, the straps were no worse than any other pushchair I have used in terms of getting a squirming Ted buckled in.

There’s nothing nice than a pushchair that glides across the surface effortlessly but even more so, when that surface is out in the wild. Being lightweight makes it excellent for longer walks. The 3 wheels give the Urban Jungle the ability to pretty much pivot on a penny! Weaving in and out between roots, knots and rocks was simple but also made it efficiently manoeuvre between the clothes rails in Top Shop! 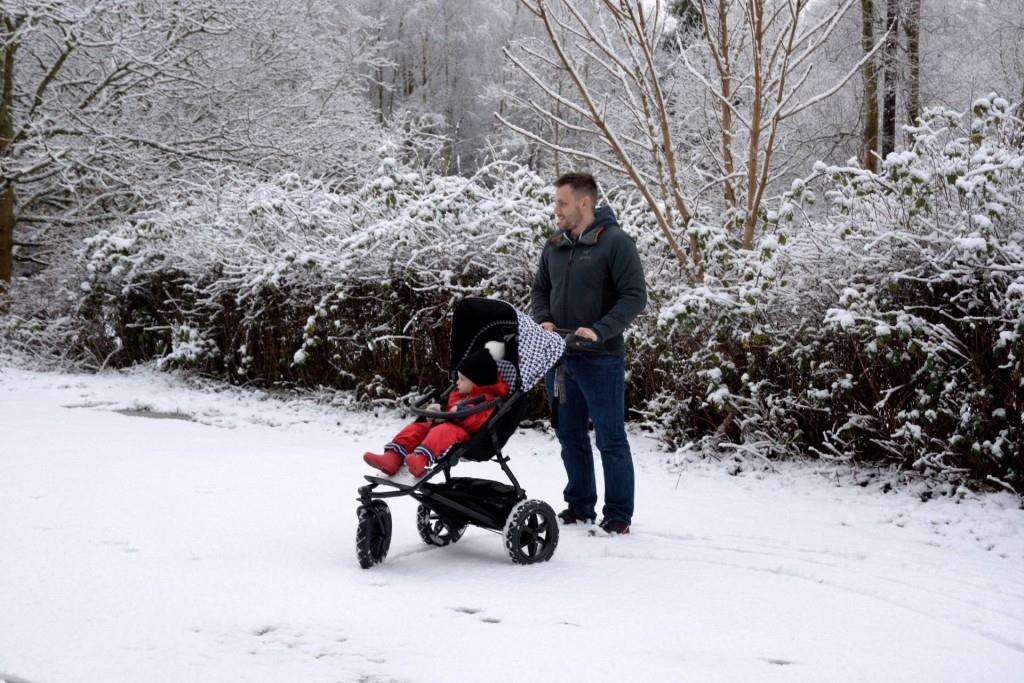 I really liked that the brake was attached to the handle bar too. It meant that I felt I had more control with speed, but also it removed any mechanism from the axel area to get snagged on steps or twigs.

The seat is large and well-padded making it comfy but also it means that this pushchair can cater for children up to the age of roughly 4. It has a lie-flat position and you can buy a carry cot for the pushchair for £139. Being able to lie flat is a great bonus for those times when you want your child to go to sleep. Ted doesn’t really like sleeping in his current pushchair, but drifted off ok in the Urban Jungle.

1 handed folding pushchairs are either brilliant or a pain in the neck. I’m pleased to say the Urban Jungle is brilliant. It’s smooth to fold, both ways, and stands freely when folded. Combined with the lightweight, and we’re on to a winner.

The shopping basket is a decent size with some pockets to store all the baby paraphernalia that always accompanies any trip outside the house. You can also take the basket off if you’re the type looking to actually scale Mt Snowdon with this hiker of a pushchair. 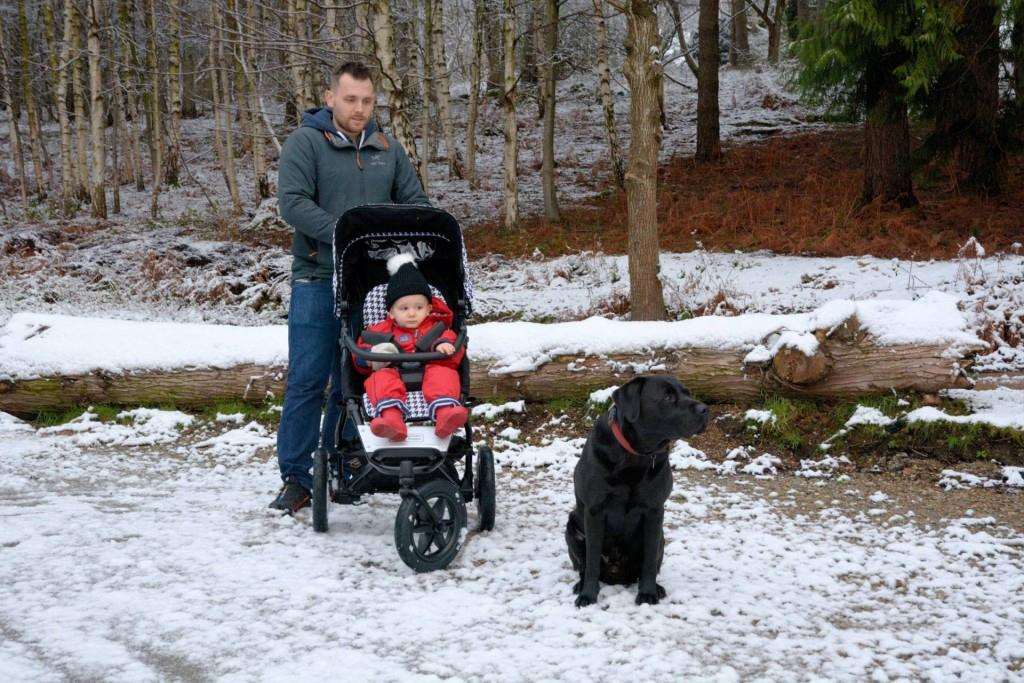 Accessories for the Urban Jungle

Although this is an all-terrain pushchair perfectly suitable for going off road, it is certainly not limited to that. I think many town or city based parents are put off by it being all-terrain, but this really did perform well when cruising through town. In all honesty, with the general state of pavements, it’s good to have something to soak up even the smallest of lumps and bumps efficiently. 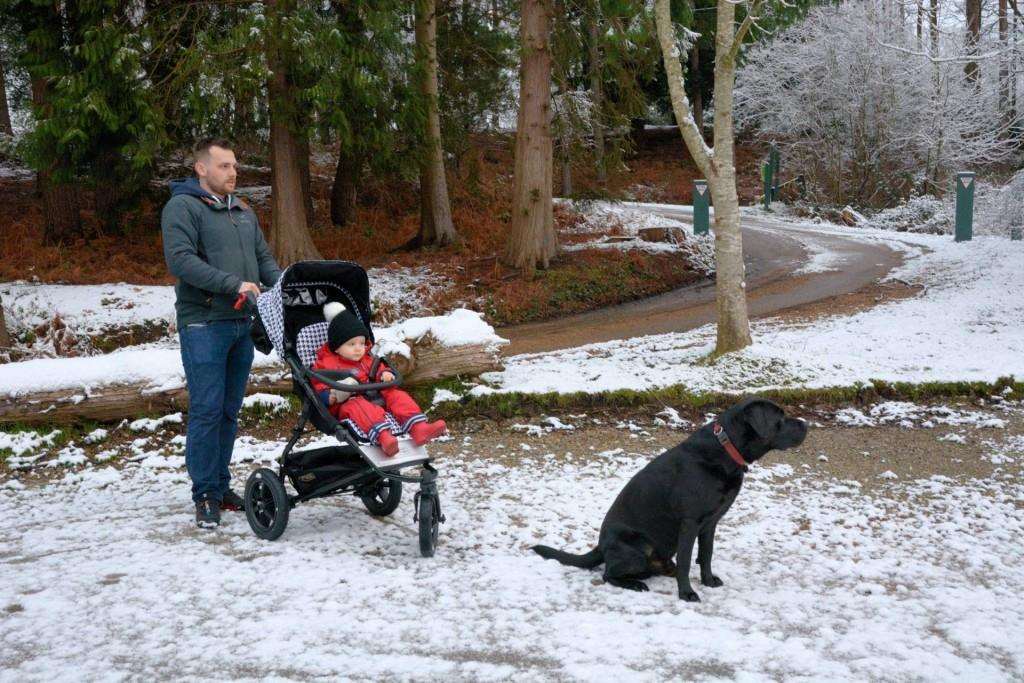 The best price we found the Urban Jungle at was £449

receives an official Dad Network star rating of 5 / 5 stars and our award of recommendation. 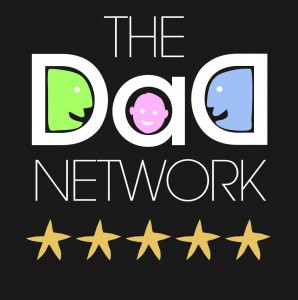 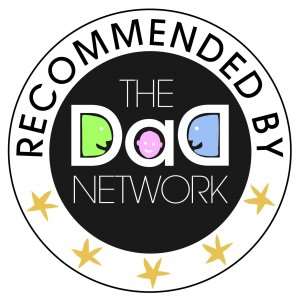 Why don’t you compare the Urban Jungle to the iCandy Peach All-Terrain. Read our review here.