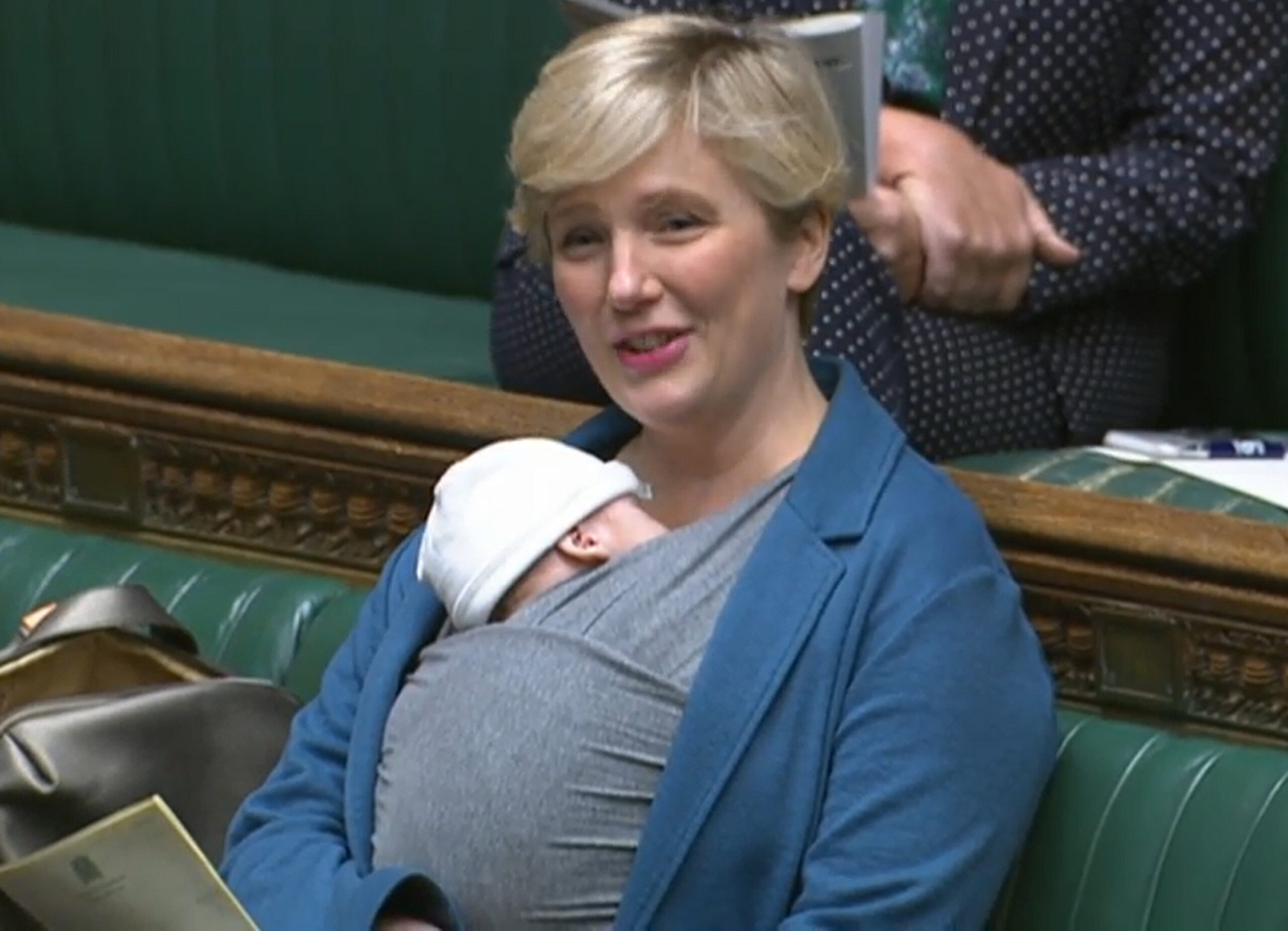 MPs have reacted with dismay after Labour’s Stella Creasy was told she can no longer bring her three-month-old son into the Commons chamber.

The mother-of-two said Parliament needs to be dragged into the 21st century after she was emailed by authorities about rules prohibiting bringing children to debates.

Commons Speaker Sir Lindsay Hoyle, who is in charge of the rules, is under pressure to clarify them because babies have been permitted in the chamber in the past.

Ms Creasy received the warning after bringing son Pip into a Westminster Hall debate on Tuesday, during which he was observed to be “as good as gold” and received praise from MPs.

The MP for Walthamstow, who does not have maternity cover, said it appears “mothers in the mother of all parliaments are not to be seen or heard”.

She told Sky News: “It’s a bit of a mystery to me because I have two children and I’ve taken them both previously into the chamber as needs must to make sure my constituents have representation.

“I think it’s representative of the way as a mum you can’t win because if I had maternity cover it would be a different issue, and I don’t and I don’t want to short-change my residents.”

Pip, who is breastfeeding, has regularly attended the Commons, as did Ms Creasy’s older daughter.

Apparently Parliament has written a rule which means I can’t take my well behaved, 3-month old, sleeping baby when I speak in chamber. (Still no rule on wearing masks btw).

Mothers in the mother of all parliament are not to be seen or heard it seems….#21stCenturyCalling pic.twitter.com/rKB7WbYQrL

Labour MP Alex Davies-Jones described the rule as a “complete contradiction” after she said she received an assurance from Sir Lindsay that she could breastfeed in the chamber.

Caroline Lucas, the Green MP, said the rule is “absurd” and “absolutely needs to be challenged”, adding that babies are “far less disruptive than many braying backbenchers”.

Ms Creasy received the email from the private secretary to Deputy Speaker Dame Eleanor Laing after the debate, during which Pip was observed to be quiet and well behaved throughout.

Tory former minister Paul Maynard told the debate: “I congratulate Pip on taking the sensible decision to fall asleep during his mother’s speech.

“He had a nice long sleep, as we can all observe, which was perhaps a sensible decision by him.”

Solidarity Stella 💪 – this absurd ruling absolutely needs to be challenged – besides, babies far less disruptive than many braying backbenchers … https://t.co/tWPSwFX3qg

Labour frontbencher Pat McFadden added: “I also thank our youngest member, who has attended the debate and been as good as gold throughout.”

But, in the email, Ms Creasy was pointed to the section of the MPs’ rulebook, which was updated in September, stating they “should not take your seat in the chamber when accompanied by your child”.

Deputy Prime Minister Dominic Raab said he has “a lot of sympathy” for Ms Creasy, but he added the decision is for the House authorities to make.

He told BBC Breakfast: “I think we do need to make sure our profession is brought into the modern world, the 21st century, and can allow parents to juggle the jobs they do with the family time that they need.

“When you see your colleagues with their children given the rough and tumble of politics, I just always think it brings out the best in people.

This morning I have written to @CommonsSpeaker seeking urgent clarification on whether or not babies are allowed in the Chamber after @stellacreasy was told they weren't and I was told they were. 🤦‍♀️
See my letter below. pic.twitter.com/sA4RmKmRd7

“Whether it’s the right thing in the chamber, there will be different views on that, it will be for the House authorities to decide, but it certainly wouldn’t distract me or get in the way of me doing my job.”

A House of Commons spokesman said authorities are “currently in communication” with Ms Creasy about the issue.

In late September, Ms Creasy’s then-newborn was strapped to her as she rose in the chamber to ask Jacob Rees-Mogg to ensure new mothers were supported rather than “rebuked” when returning to Parliament.

The Commons Leader responded that the rules were “perfectly reasonable and entirely in line with the law”.

Former Liberal Democrat leader Jo Swinson was believed to be the first MP to take her baby into the chamber during a debate, when she cradled her son on the Commons’ green benches in September 2018.

Meanwhile, Leicester West MP Liz Kendall said she will be stepping back from her parliamentary duties and her frontbench role temporarily next year when she has a new baby through surrogacy.

Do you think politicians should be able to take their babies to work?  Let us know your thoughts in the comment section below!