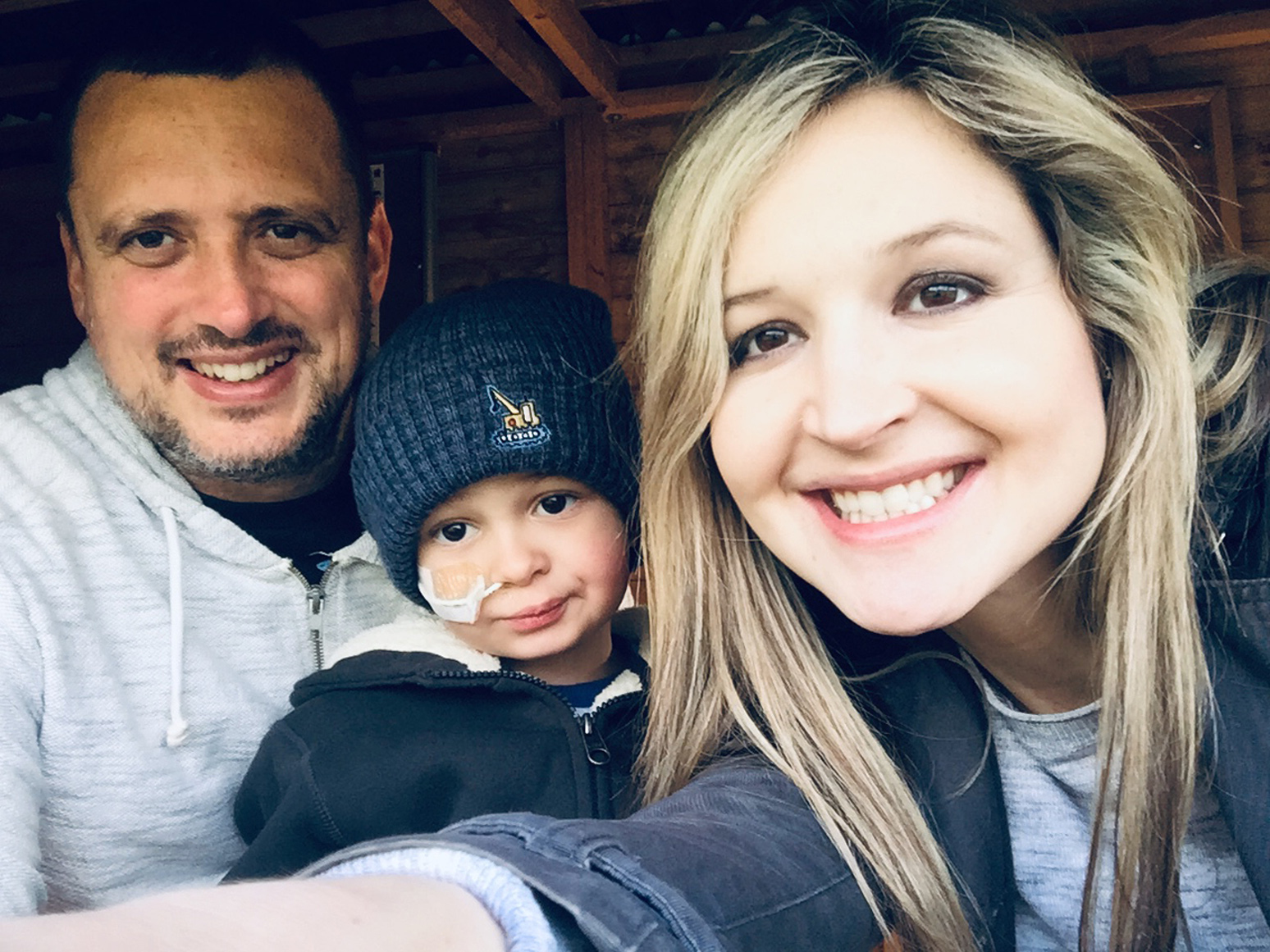 A five-year-old boy who travelled to New York for a potentially life-saving vaccine after his family raised more than £232,000 is now cancer-free and “getting stronger by the day”.

Over the past year, Liam Scott and his parents have been travelling back and forth to America for the experimental cancer treatment, which is not available on the NHS.

Now back in the UK and in remission, Liam has finally been able to go to school – to the delight of his parents.

His mum Claire told the PA news agency: “He has got so much energy. He’s getting stronger by the day.

“He’s cheeky. He actually just tells us what to do.”

She now hopes to bring the cancer vaccine treatment to Britain, describing the “traumatic” experience of parents having to raise huge amounts of money while caring for a very sick child.

Ms Scott added: “You feel this helplessness because you are talking about such large sums of money.

“At the end of the day it’s so traumatic to go through what they are going through with their little ones. You are not really in the right headspace to fundraise.

“All you really can think about is your child, and you need to do everything that you can so that they can live.”

Liam, from Edenbridge in Kent, spent a year undergoing gruelling treatment for neuroblastoma cancer after being diagnosed in 2019, the day after his sister Kylie was born.

But, despite Liam bravely battling through rounds and rounds of painful treatment, the nature of the rare disease meant there was a high risk of it coming back, which could have devastating consequences.

They decided an experimental cancer vaccine in New York, with the potential to prevent the disease returning, was their only option and set about fundraising the £232,000 needed for the treatment.

When the Covid-19 lockdown hit, Liam’s family worried about how they would raise the money, with events like the London Marathon cancelled.

But help came in the form of local footballer Charlie Holmes and his family, who joined Team Liam and refused to stop until they hit the target.

The former Dagenham and Redbridge player took on 140 miles of running in 14 days, all streamed live on Instagram.

Liam’s family cried with joy when they realised they had hit their goal, meaning that Liam would be off to America for the experimental vaccine.

Over the last several months they have been flying back and forth to New York City – with special exemption from the US Government’s Covid-19 travel ban.

Liam’s dad, Mike, told PA: “Every child who is going through Liam’s treatment, all the parents are trying to get to the US for this vaccine.

“Liam has a positive story, he has come out a normal, little boy, really, at the other end.

“The (vaccine) treatment has to come to the UK.”

Liam and his family are now back home in Kent and are adjusting to life without constant trips across the pond.

Ms Scott said: “I think it’s a new normal. I think we are so used to fighting it and fighting for our life.

“I think we are still processing that and dealing with it, and taking a step back and focussing on the present.

“I know now that everything can change in a heartbeat.”

But Ms Scott knows that her son’s plight is not unique: many other parents of children with neuroblastoma can be found on fundraising websites, desperate to raise money to get their child to New York.

“I am going to make sure this vaccine gets to the UK,” she added.

Do you think we should bring the new vaccine to the UK?  Let us know your thoughts in the comment section below!