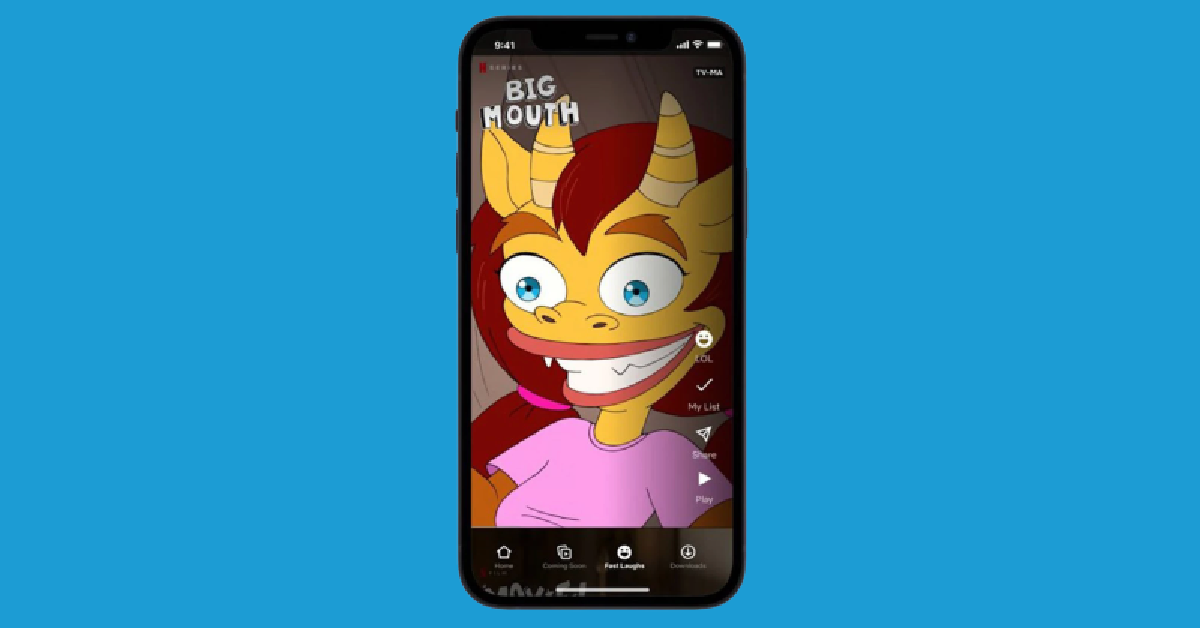 Netflix has fallen foul of the copy cat train with its latest release of a new mobile feature called Fast Laughs. If you’re wondering what it is, it’s pretty much a clone of TikTok.

Fast Laughs looks and feels exactly like TikTok or Instagram Reels or any of the other, smaller, short-form video creation & sharing apps. Netflix announced the feature revealing that it will serve up a full-screen feed of short clips from the streaming giant’s platform.

The new feed is found via a “Fast Laughs” tab at the bottom of the usual menu and starts an automatic play of clips. Viewers can thumb through the feed and choose to add featured series, films, or stand-up specials to their Netflix watch list or simply watch them now. As you can imagine, it’s also very easy to share across other platforms.

Netflix also shared a video showing what the user experience would look like. Here it is:

Recently, Facebook also mimic’d TikTok when it launched a daughter app BARS, a TikTok-esque rapping platform. And like Instagram’s Reels feature before that and Netflix now, it seems like every app and social media platform is making the pivot to TikTok-like features with the hopes of stealing back some of the market that TokTok have.

For Netflix, Fast Laughs is a way of taking back all that time people spend scrolling on TikTok and alike which gives iPhone users something else to scroll through on their phones, and turning that into more time spent on Netflix itself could be a brilliant business move if successful.

Fast Laughs is beginning to roll out in certain territories and is currently only available for iOS devices, however, Netflix says Android tests will begin soon.