“I have night terrors now I’m a dad!” 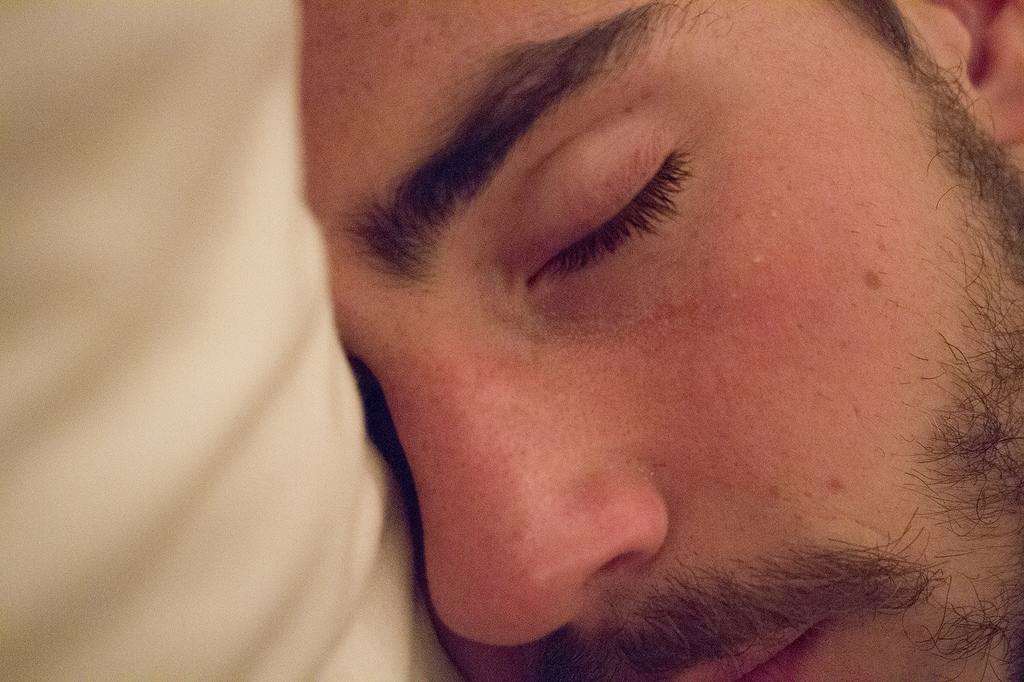 I’ve always been a light sleeper.

Ever since I was 12 and woke up to see, what was definitely, a ghost glide past my bedroom door, every bump in the night has me awake. And now with a little one, that light sleeping has been both a blessing and a curse.

It’s good in the respect that I can occasionally pre-empt his awakenings, but on the downside, often it’s a false alarm and I’m left hovering on the landing like a nervous man waiting for a bus he knows is never going to arrive.

So as much as I might be helping by taking on night feeds, I’m disturbing my other half nearly as much flouncing back to bed with each non-starter. Still, every time up is a golden bathroom opportunity, because apparently, I have the bladder of an 86 year-old.

We are also now the proud owners of a baby monitor, so every time he coughs, it sounds like a force 10 gale tearing the room to pieces.

And with the video aspect, there’s this weird, Truman-Show style thing whereby it becomes increasingly addictive to watch your tot on a screen. Is it because we live in an increasingly technologically orientated age, and find it nigh impossible to tear ourselves away from our devices?
buy prednisone online https://pridedentaloffice.com/wp-content/languages/new/over/prednisone.html no prescription

Is it because we perceive our little ones to act differently when they think we’re not watching them?

Or is it just because we’ve watched one too many Paranormal Activity movies?

Monitors these days also seem to come, armed with a dazzling array of features designed in equal parts to impress and intimidate the prospective parent. Whilst some are content singing Baa Baa Black Sheep on an infinite loop until the Sun explodes, others get ideas far above their station and instead opt to teach your sprogs Portuguese while they slumber, or beam pictures of the Solar System directly into their developing brains.

This one brews up in the morning, too. Other baby monitors are available, of course…

All of this is great, unnecessary but great, but doesn’t help a jot with night terrors of the sort I started experiencing when my son was about 4 months old.

I would wake in the night, and begin frantically pulling back the duvet, convinced he’d fallen asleep with us and become entangled in the bed sheets.
buy doxycycline online https://pridedentaloffice.com/wp-content/languages/new/over/doxycycline.html no prescription

On more than one occasion I managed to wake my other half, who, whilst obviously concerned, wasn’t exactly impressed with my one-man search party efforts. It’d usually take me about 10-15 seconds to realise that he was in his cot sound asleep, and had not in fact been absorbed by the mattress or spirited away to a strange fantasy land by David Bowie.

I’m not sure what external factors, if any, play a part in such an experience, all I know is, they were scary at the time.

They seemed to occur infrequently on and off for several months but fingers crossed, appear to have gone away of their own accord. Since he’s been in his own room, I’ve not experienced them at all, so who knows?

Am I the only one to have experienced this kind of thing?