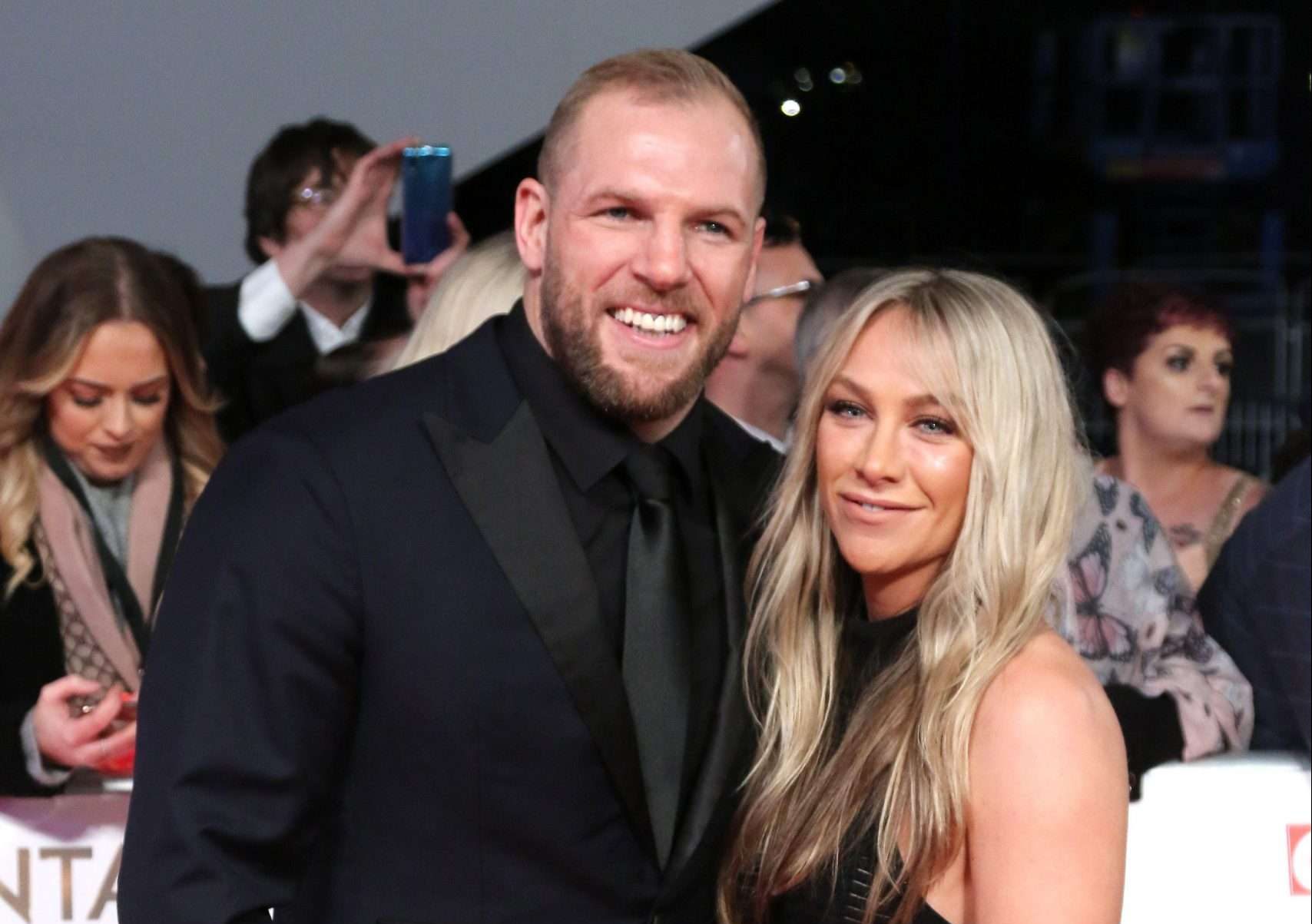 Ex-England rugby legend James Haskell had a reputation for being focused and emotionless on the field. But as soon as the former I’m A Celebrity… Get Me Out Of Here! star starts talking being a new parent to his five-month-old daughter, Bodhi, with his wife, Chloe Madeley, daughter of TV couple Richard and Judy, that tough exterior turns to marshmallow.

Dreading being a new parent

“It’s really good,” he enthuses about being a parent. “I’m lucky Chloe is so good at it, because it’s made my experience of it really positive.

“I was dreading becoming a parent. It’s very hard, but Bodhi is the cutest thing in the world.”

Haskell, who has reinvented himself as a motivational speaker, DJ, podcaster, presenter and author since retiring from rugby in 2019, recalls that, despite being squeamish, he cut the umbilical cord when Bodhi was born.

“As soon as I saw her, I cried. I got to hold her for an hour while Chloe was being stitched up, I got that skin-on-skin contact.”

How being a dad changed him

“I didn’t care about kids before. I didn’t like kids under three – I found them quite annoying – and was never bothered about being a parent. I didn’t think it was going to define my life. However, now I’m much more interested and I’ve never loved anyone as much as I love Bodhi. She brings out the emotion in me.”

Balancing work and family is an eternal struggle, he says. Chloe, who had Bodhi by emergency C-section in August, is back at work as a personal trainer, but they juggle their schedules to fit in with the baby’s needs.

“I live in chaos with the different stuff I do. I’m a DJ, a music producer, podcaster and author. Some days I could be going to speak at a dinner, the next I could be in another part of the country, recording.”

How work has changed

In March, he’s embarking on a 15-date one-man tour called, but when Bodhi was born, the couple put some rules in place about work, he explains.

“Chloe said, ‘Every Sunday I want you at home, not to be away more than two nights a week and to make time. That’s been OK for me. The first time I was left to look after Bodhi, I thought I’d put her down for a nap and try to work – it was a nightmare. So now, whenever I’ve got her, I don’t sit on my phone or do anything except give her my full attention, which is quite a nice lesson.”

He still fits in the hugely popular podcast, The Good, The Bad & The Rugby, with his good friend Mike Tindall, husband of the Princess Royal’s daughter, Zara, and broadcaster Alex Payne.

“Mike and Zara are unbelievable parents – I love their children, Mia, Lena and Lucas. I’d like my daughter to turn out like Mia, she’s the perfect combination of girly and tomboy.”

Haskell has also found time to write Approach With(out) Caution, a sort of self-help guide in which he tackles wokeism, racism, cancel culture, over-pandering, sexism, anxiety, phobias and more, offering advice on how people can regain control of their life with a five-step plan, aiming to break down how you can smash self-doubt and achieve your goals.

“The most important message is for people to look at their lives and ask, ‘Could I be doing better?’ and if the answer is yes, how do you go about being better?”

The crux seems to be that you need to help yourself to achieve anything, and be proactive rather than sitting there waiting for life to come to you.

Haskell, 37, may be outspoken now, but says for many years he was full of self-doubt and took criticism badly.

“I still have it now. Mental health is not something that is fixed by anything. It’s something you have to keep working on and you get tools to help you get back on track quicker.

“When I started my rugby career, I was insecure about my ability, lacked confidence and didn’t deal with criticism well. I worked on that every day for 19-and-a-half seasons, to the point where I would still feel down, but it would last minutes as opposed to days and weeks.”

“Whatever emotion you have, you can manage it, but you have to speak to someone and put the work in.”

What did you fear the most when you were a new parent? Leave a Comment below