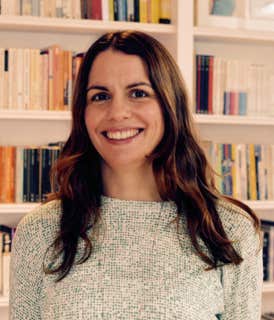 The official prequel, Winnie-the-Pooh: Once There Was A Bear, will arrive on September 30, Farshore said.

The collection has been written by Jane Riordan, “perfectly capturing the original voice” of Milne, according to Farshore.

Mark Burgess is the illustrator and the books are in the style of original artist EH Shepard, the publisher said.

Once There Was A Bear will take readers back to when Pooh was bought from Harrods for baby Christopher Robin, according to the synopsis.

It imagines the “before stories” of Pooh, Eeyore and Piglet for the first time and shares a glimpse at a younger Christopher only previously seen in Milne’s poetry, the publisher said.

Riordan said: “In the original stories, Pooh lives in a tree in the Hundred Acre Wood but history tells us that he was bought from Harrods for Christopher Robin’s first birthday.

“I couldn’t resist going back to this time in Once There Was A Bear and I loved the idea of seeing Pooh, Eeyore and Piglet in London and in the nursery written about so much in Milne’s poetry and beautifully captured in Shepard’s decorations.

“I hope readers will enjoy meeting some familiar friends again as they embark on new adventures.”

Milne’s Pooh stories were an instant success and remain classics of children’s fiction.

Once There Was A Bear is set to be published on September 30 for ages 5+.

What was your favourite Winnie the Pooh story growing up? Tell us about it down below!