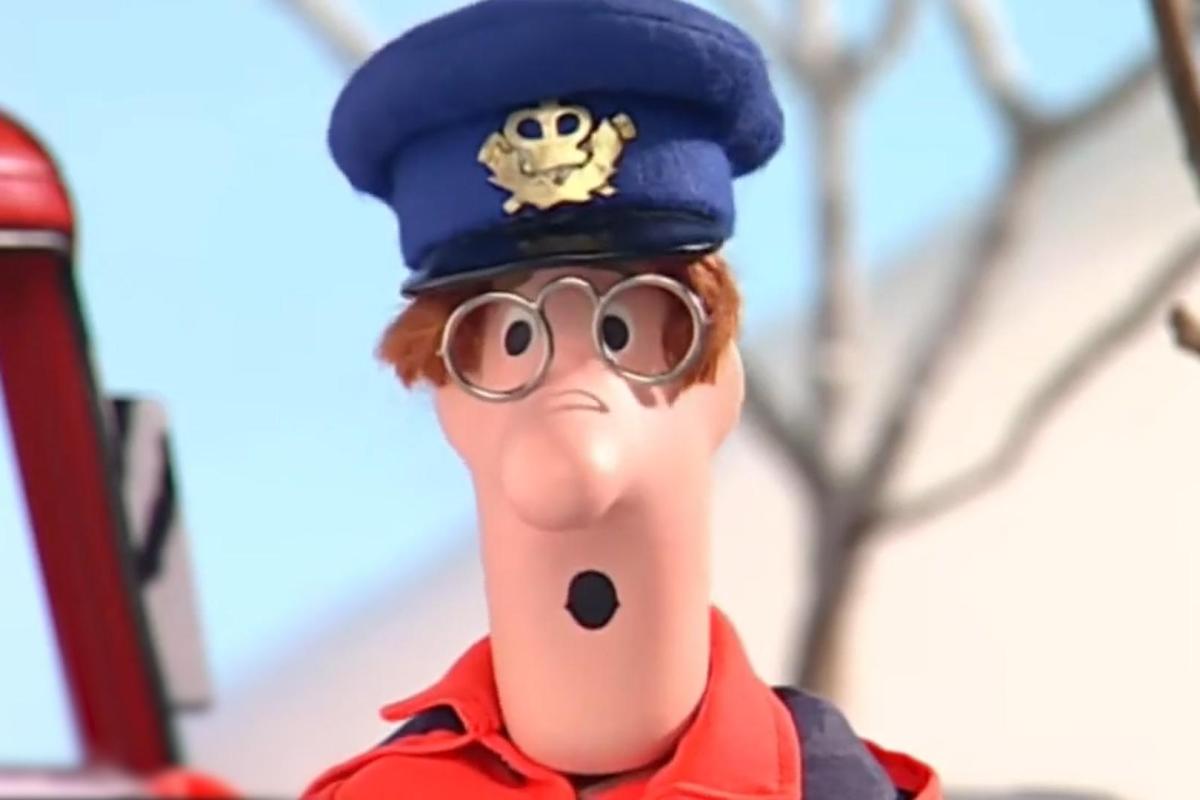 It’s the time of year when we promise ourselves that we will change some aspect of our lives for the better, and your favourite CBeebies shows are no different. They need to make New Year’s resolutions like the rest of us. So, whilst you hit the treadmill, dig out the juicer and padlock the biscuit cupboard, here’s what’s going on behind the scenes in the day-glo world of pre-school children’s entertainment:

The People of Greendale

Postman Pat is not the most efficient of couriers. He will think nothing of chartering a helicopter to deliver a single parcel, something that would have his bosses tearing their hair out as they consider the implications to the Special Delivery Service’s share price. However, he always gets there in the end and I’ve yet to see him chuck a precious vase over a garden fence and consider it delivered. Unlike some other delivery firms’ staff.

This is why the people of Greendale need to make a New Year’s resolution. Every episode involves them panicking that Pat will fail to deliver a crucial item for whatever event it is they are putting on. It’s usually a school assembly, the Reverend Timms’ garden party, the launch of Ted Glen’s latest invention or something similar.

For goodness’ sake people, order your deliveries earlier! If your performance’s success stands or falls on Postman Pat navigating his way from Pencaster to Greendale without incident, make sure it arrives a couple of days early. This show is less about Pat’s incompetence and more about the villagers’ disorganisation and inability to learn from their mistakes.

Something Special is one of the favourite CBeebies shows of pretty much every toddler. The bright colours, the fun activities, the inclusivity of the programme all make it a wholesome experience. But behind the joy lies a dark secret.

I’m not sure what the issue is and I don’t want to pry, but there is clearly a rift in the camp. I don’t know if you have noticed, but you never see Justin Fletcher and Mr Tumble in the same scene. They clearly film them separately and it must be because they can’t stand each other. Hopefully, for 2019, they can settle their differences and learn to get along.

The Go Jetters head off around the world, checking out landmarks and foiling the naughty Grandmaster Glitch in his attempts to misuse these places of interest for his own ends. Somehow he always manages to arrive in the same destination just ahead of our intrepid heroes, causing chaos before they eventually restore the peace.

Nothing will stop Glitch, so it seems, but the Go Jetters could vow to limit his impact. If they want to visit Rio, that’s fine, but don’t do it during the carnival when there are millions of potential glitching victims. Swoop in during the early hours of a Sunday, when as few people as possible will be affected by the Grandmaster’s shenanigans.

Unless Grandmaster Glitch is in on a deal whereby he kicks up a fuss, only to allow Ubercorn to sweep in, fix it and look like a hero. That would be some Sunday newspaper expose if it were to come out.

Andy from the Prehistoric Adventures

Andy from Andy’s Prehistoric Adventures is a clever lad. He’s allowed a big say in how the exhibits in the Natural History Museum look, which means he must really know his stuff. He has also harnessed the power of time travel, regularly nipping back to the Jurassic Period to pick up some souvenirs. However, he doesn’t always use his common sense.

If he was really smart, he would first of all put in an official complaint about the cleaner that consistently ruins the displays he and Jen spend so long creating. But even if he doesn’t want to be ‘that guy’, he could still box clever in other ways.

Each episode sees him struggling to return from his jaunt to the ancient past in time to rectify the ruined display before the customary inspection by the foreboding Mrs. Pickles. If he’s able to pick a particular prehistoric period to visit, surely he can choose to arrive back in the museum ten minutes earlier, allowing him to relax a little. Think about it, Andy.

Can you think of any more New Year’s resolutions for your favourite CBeebies shows? Let us know in the Comments section below.