“I’m a prisoner to my nipple obsessed daughter” 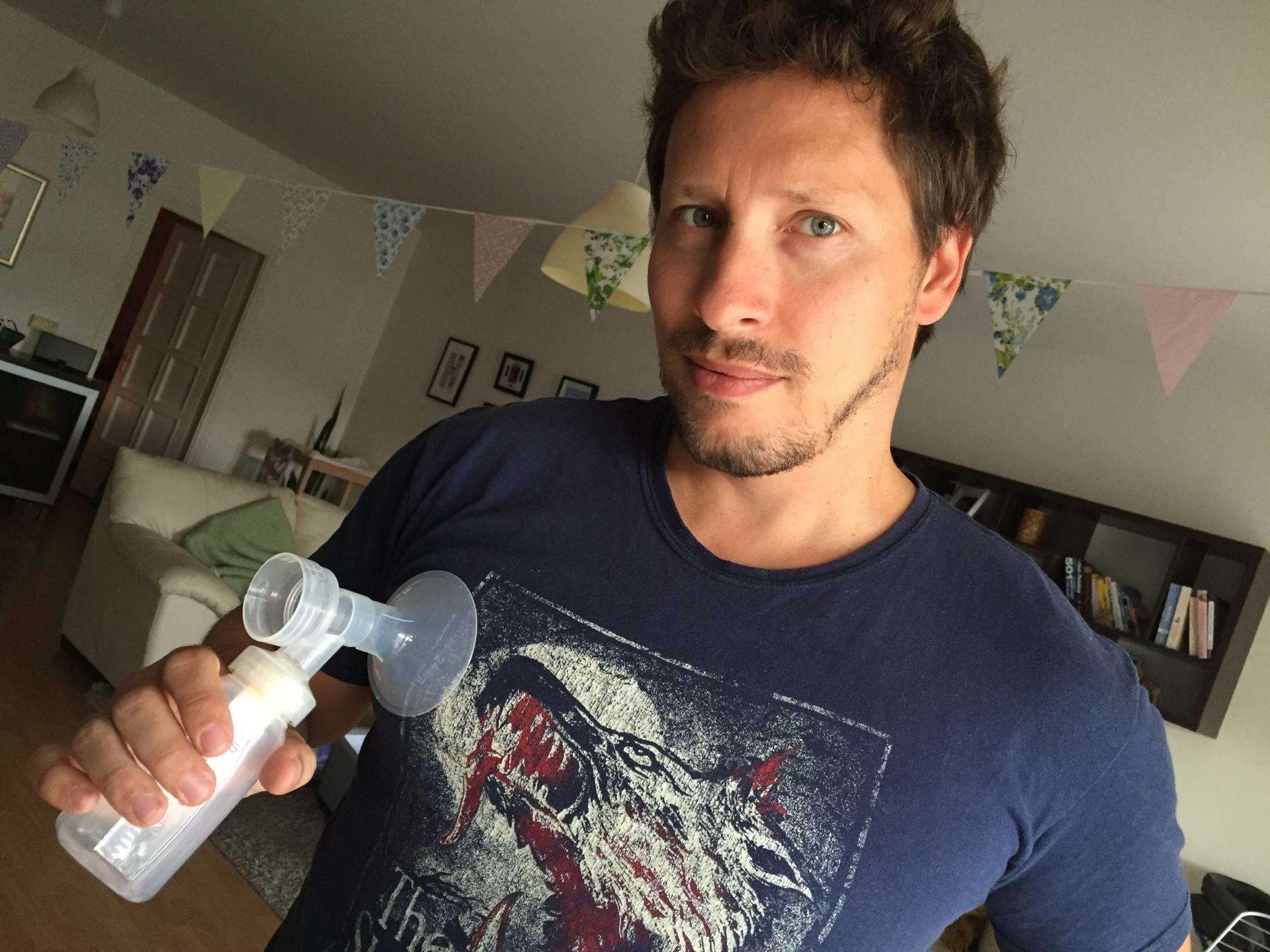 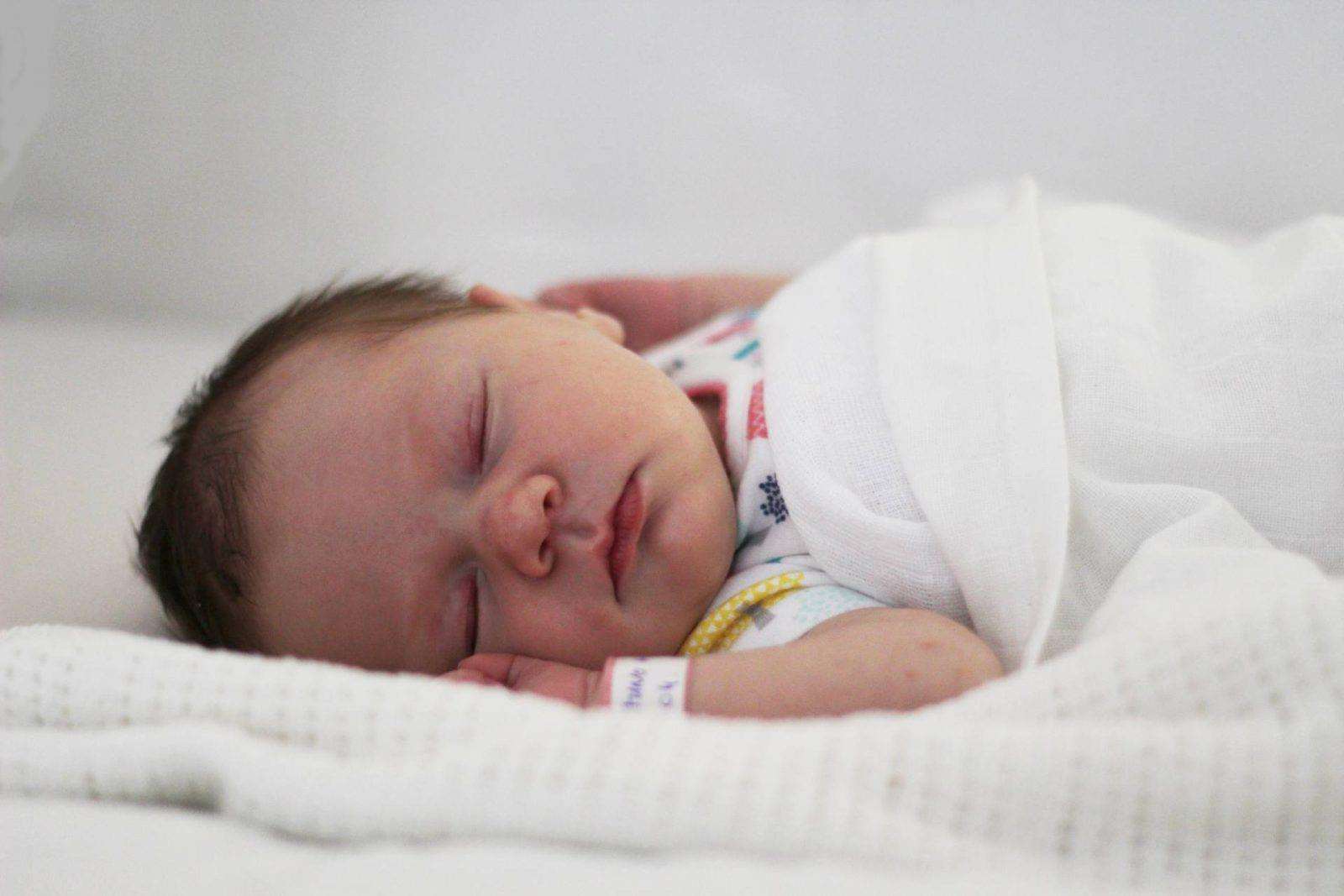 I’m sitting at home watching Tunisia play Qatar at handball while our newborn baby screams in my ear. I’m wondering if this is what heaven is like.

There’s been a lot of obscure Olympic sport watched to the soundtrack of horribly shrill baby shrieking over the last few days; judo, fencing, table tennis, canoe slalom, something called radial sailing. I am well and truly living the fatherhood dream.

I’m hoping things will change moving forward, but week one of parenthood has been like when the mafia ‘go to the mattresses’ during times of gang warfare. We’ve hardly left the house all week for fear of detonating an explodable newborn baby bomb. A dirty bomb.

As it stands, if Mila is conscious, the only way to stop her screaming is to stuff a nipple in her mouth.  Alas mine are a bit hairy and dormant, so it’s my good lady wife who has to be constantly on standby with an emergency nipple bung. But then, when the time comes to remove the nipple from our baby’s mouth, it’s like removing a pin from a WWII hand grenade that you’ve found in your back garden.  You don’t know if the hand grenade is live or not, but if it is live you can be sure that it will go off in your face and leave everyone around splintered with shrapnel.

This nipple stuffing technique does seem to be foolproof, but it’s pretty tough for my wife.

“I’m just here for milking. I don’t think she’s even seen my face! All she’s interested in is my tits!”

Maybe she takes after her father.

“Aaahh.” I reply in my soothing voice.

“You’re not an industrial cow honey. More like a lovely organic cow that has been well looked after by a loving farmer.”

I think for a second, before continuing with my inspirational pep talk.

“I actually like to think of you more as her favourite restaurant. And not just any restaurant!  You’re not Nandos for example. Although I do like a Nandos, but still. If anything you’re like a lovely little, local, healthy restaurant. You’re probably even gluten free!” (I still have no idea what gluten is.)

“But I can’t keep up with the demand!” My wife is close to tears as she nurses her savaged nipples.  I’m fairly confident that a career change to become a wet-nurse is not on the cards. 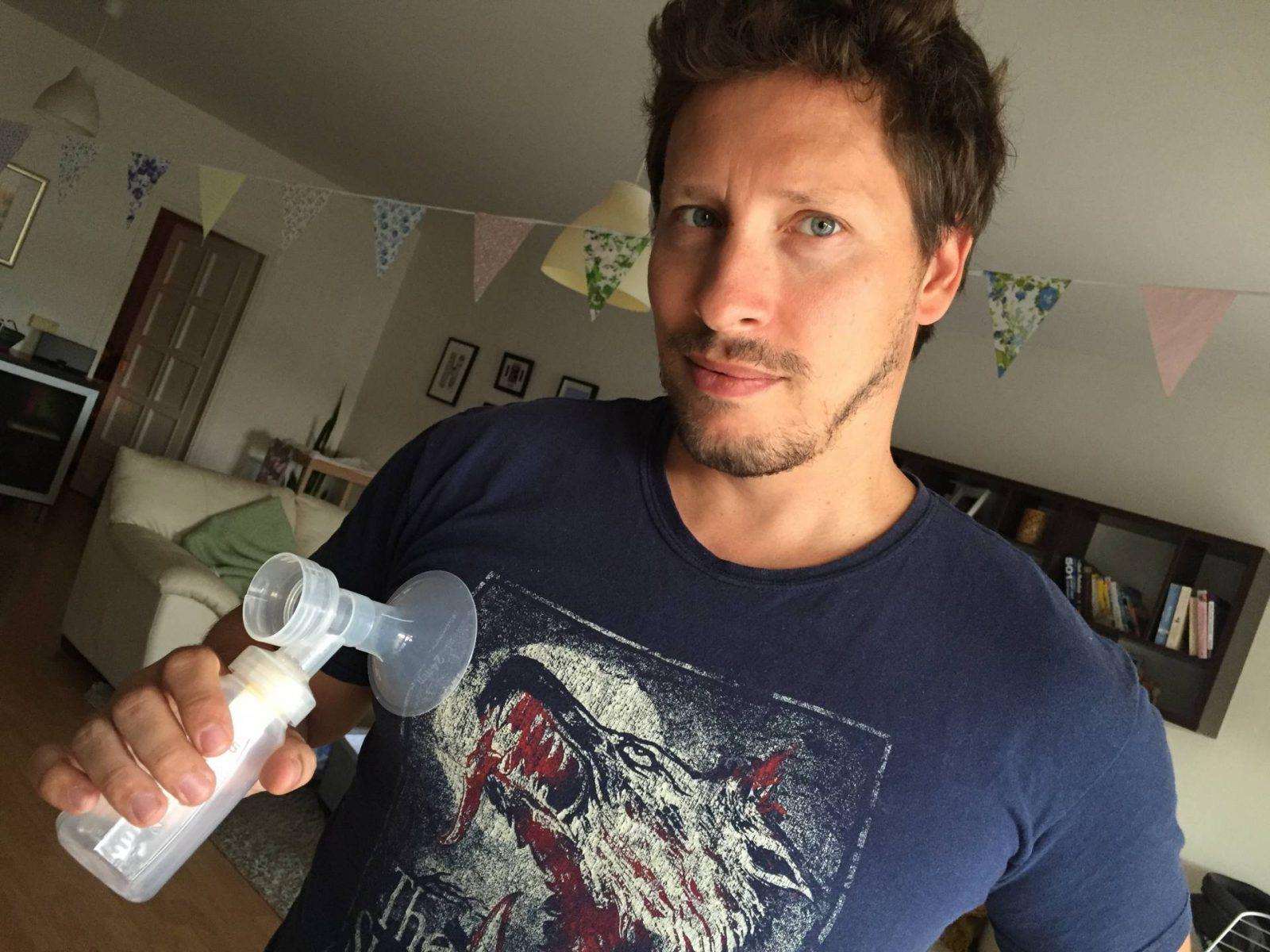 I’ve been pumping furiously for hours. Alas, so far nothing. It must be broken.

“That’s why I spent a morning traipsing around Budapest trying to buy a breast pump!” I reply.  “Now, not only can she dine in whenever there’s a table free, but when the restaurant is full she can also get take away! I don’t think even Nandos do takeaway!”

Maybe they do, but taking a leaf out of Trump’s book, I’m not going to let something silly like facts get in the way of the story I’m trying to tell.

If truth be told, Mila is at a stage where she will suck anything put in front of her.  It’s her only hobby.  Her only apparent love in life.

On Mila’s eighth day on Earth we decide to face our fears. She wakes up at midday. My wife pacifies her with a nipple. Half an hour later she slowly removes the nipple. Huzzah! This grenade is not live!  We carefully place our cute little sleeping daughter in to her buggy, pop our flip-flops on and leave the flat. Twenty metres later, Mila wakes up. She apparently doesn’t appreciate the fact that we didn’t get her sign off for our expedition.

Our neighbours probably assume that I am butchering a piglet. In desperation we return home.

We are prisoners to our nipple obsesses little warden. We are in Newborn Baby Alcatraz. But never mind. At least we can now go home and watch India play Lithuania at badminton.