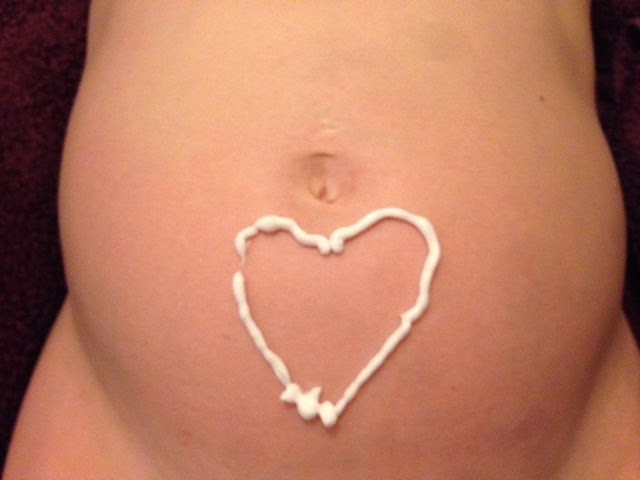 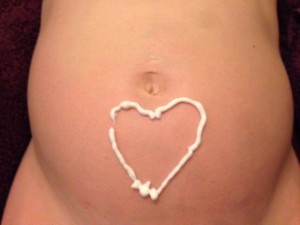 Linked to yesterday’s post, I thought I’d write about my experience of moisturisers.

I must start off by saying that my experience is limited. Other than the free gift of mens moisturiser my brother received at a promotional event, I have never even purchased one! It’s just not what I do. Maybe I should, but I don’t. I think it’s something about the greasy feel you get on your hands and the fact when I was growing up my old man made me wash my hands every 20 minutes! But either way, I don’t generally like the feel on my hands.
Last night the wife said to me, can I rub the cream (see the previous post) into the bump. As a rule of thumb, I tend to try and never say “no” to her in these situations…so a reluctant and tentative “yes” came out my mouth. I creatively applied the moisturiser showing off not only my feminine side but also my ability to use the right and fanciful side of my brain. After 3 deep breaths I began to rub it in. It didn’t take long for my moisturiser phobia to dissipate and genuine enjoyment took over. It was like I was oiling a bowling ball. Quite an extraordinary feeling and one that I have looked forward to repeating tonight, all day.
What took the extraordinariness even further was that the whole process seemed to wake up Rex and encourage him to wriggle. And he really did! He was poking, prodding and protruding in every which way possible. That was the icing on top for me! I was a convert!
I’d like to also say at this point that I have just seen an advert for a mens beard moisturiser. I think I’ll indulge and spoil myself by purchasing and applying!
#thanksl’oreal