The Parenting Meme we all Need to Stop Sharing 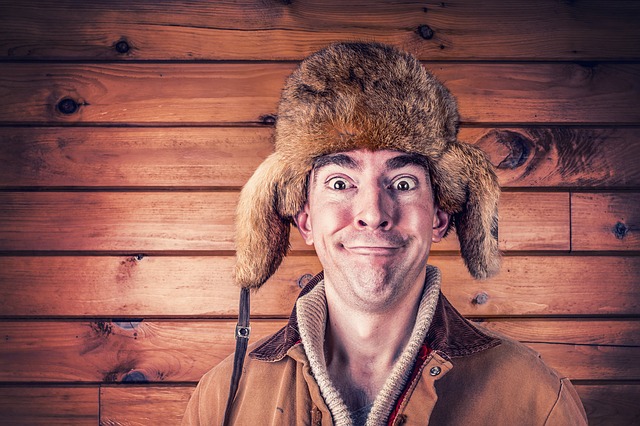 There’s often something comforting about a parenting meme. They tend to rely on that classic observational comedy trick of telling us what we already know about bringing up children but had probably never considered to be universal or worthy of comment until it is pointed out in the right way.

Posts about these little foibles, the differences between people’s expectations of parenting and the reality, the observations about how a child can hear you open a pack of biscuits from three rooms away but doesn’t notice when you ask them to make their bed, are so widely shared that it makes you feel like part of a community. It’s not just you who is frustrated, amused or perplexed by them.

But there is one parenting meme that needs to stop and we have a duty to call it out.

Every so often you’ll be scrolling through Facebook and up will pop a video featuring, for example, a man on a tractor, pulling along some kids on Tonka toys attached to the back by a rope. He’ll make as tight a turn as you can in a John Deere and the kids will go flying off the toys, landing on the stony ground and we’ll all have a good laugh, assuring ourselves that the aftermath was probably relatively pain-free for most of the participants.

So far, so You’ve Been Framed but without ‘hilarious’ commentary by Jeremy Beadle.

The problem comes with the caption plastered over the top of the video and usually repeated in the post, which says something like:

Problems With this Parenting Meme

The problem isn’t the content of the video. People falling over is one of the funniest things in life, and that is a scientific fact. It is the caption that implies some very dangerous ideas.

First of all, it reinforces the notion that dads are just the fun parents and nothing more. The ones you go to when strict old mum says no. That dads don’t care about the wellbeing of their kids, they just want to throw them around and be silly.

There’s nothing wrong with throwing kids around a bit (within reason, of course) and being silly, but we do more than that too. And it’s just as unfair the other way round too. It paints mums as two dimensional enforcers, despairing of the other members of their family enjoying themselves.

Secondly, it implies that mums have the sole sway over who is in charge of their kids. That mothers are the big boss main parents who delegate them to the dad when they have appointments to attend. It’s as if a dad looking after his children is only doing so because he’s had them dumped on him.

We are not babysitters; we are parents.

Finally, the notion of dads not being allowed to be alone with their children is just too abhorrent to unpick thoroughly. I can actually feel my chest tightening as I type this and I’ve just had to delete a particularly sweary paragraph that I realise adds nothing but bile to my argument. It felt good to write it down though. You’ll just have to imagine what it says.

How to Stop the Meme

These memes, and there are loads of different versions of them, persist because people share them. At first I suspected that it wasn’t parents, particularly dads, keeping them alive. Surely no dad would want to perpetuate this ridiculous message, right? I was wrong.

I have seen a number of dad bloggers who I respect sharing this sort of tat. Worst of all, Life of Dad – a Facebook group with gigantic reach that claims to be on the side of dads – has even shared one. An online presence so dedicated to promoting a positive image of fatherhood thought it was okay to essentially broadcast the fact that dads shouldn’t be left alone with their children. That’s just unbelievable.

We need to stop sharing these memes; they are damaging and just plain wrong.
buy flexeril online https://redemperorcbd.com/wp-content/languages/new/prescription/flexeril.html no prescription
Yes, let’s still laugh at people falling over (we ARE only human), but let’s prevent these damaging slogans from spreading any further.

What do you think about these memes? Do they annoy you or do you think it doesn’t really matter?
buy strattera online https://redemperorcbd.com/wp-content/languages/new/prescription/strattera.html no prescription
I’d love to know your thoughts in the Comments section.