Parents Finally Find Out What Their Child Did at School Today

There was shock in the Midlands this week as a Solihull couple finally managed to get their six-year-old to tell them what she had done at school during the day. After asking the regular question at hometime, enquiring about her daily activities and expecting the usual grunted reply, the pair described themselves as “flabbergasted” when they received a full rundown of the day’s events in Class 1C.

“Well, I couldn’t believe it” said a still visibly shaken mum, 36-year-old Caitlin Blancmange. “Little Veronica has been going to school for nearly two years now and has never managed to reply to the ‘what did you do today?’ question with anything more than a croaky ‘dunno’ before. We’re in uncharted territory”.

However, 35-year-old dad Waylon contradicted his wife. “Well, there was that time around Easter in her Reception year when I asked her what she’d been up to and she shouted ‘poo poo pee pants’ in my face before laughing maniacally running off and playing with her friends.”

There have been numerous theories as to why children can never seem to remember what they have done at school all day when pressed by their parents at the school gates, but none have yet been proven. One popular suggestion is that all teachers are armed with a Men in Black style neuralyser that they set off at exactly 3:10pm every afternoon, but despite the best attempts of rogue teaching assistants across the country, there has yet to be any video taken of this occurrence.

The news that a child has finally broken their silence over what happened during the school day will inevitably lead to suggestions that the memory eraser may have temporarily failed and that Veronica Blancmange may right now be classed as a fugitive on the run at the head of the secretive MiB (Coventry and West Midlands branch) agency’s Most Wanted list.

As for what she reported from the day’s schooling, mum Caitlin can recall every detail. “She said they’d ‘done a bit of writing, done some numbers, talked about space and then Jonty Crayola-Plank snorted Capri Sun through his nose after laughing at someone farting at lunchtime.’ It might not sound like much, but we will forever treasure this precious insight into what our baby actually does between 8:45 and 3:15. It’s like getting a special preview of the items in the middle aisle before opening time at Aldi.”

Hoping that this was the beginning of a bright new dawn for parent/child relations, Waylon and Caitlin attempted the same tack the next day, asking her what she had been up to, only for Veronica to return to the stock reply of “can’t remember”. Rumours that Will Smith was spotted smirking behind the playground friendship bench were vigorously denied by the school when questioned by The Dadsnet. buy estrace online newonlineandblo.com/estrace.html no prescription 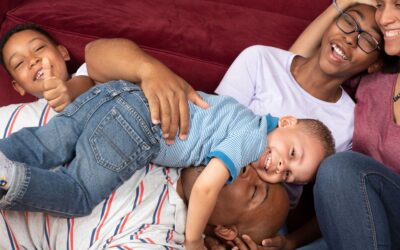