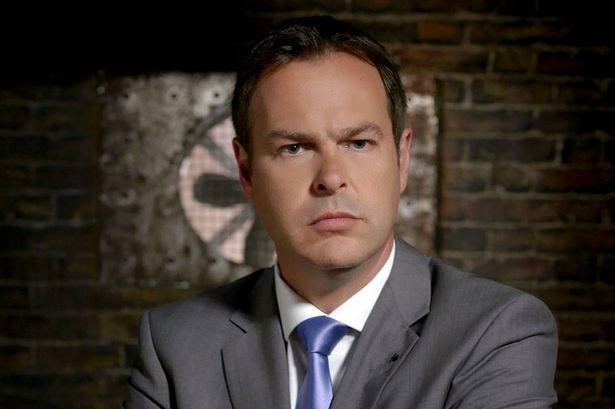 Whilst watching Dragons Den today, I saw 2 male entrepreneurs trying to expand their business, ‘Snuggle Bundl.’ It is a blanket that contains the baby and in theory, allows you to pick up and lower the baby without disturbing it when sleeping.  Peter Jones described it as a “blanket with handles,” which, in effect, it is.

Now, I want to make it very clear that I am not reviewing the product, recommending it or concerned with it. You can make up your own mind from their website (http://www.snugglebundl.co.uk/) and after watching the episode. But, what I do want to comment on is the fact that Peter Jones absolutely discredited the product based on the fact that 2 men were pitching. He even asked the other dragons whether he was being sexist because, in my opinion,  he knew he was!
2 (presumed) dads turned up with a product and pitched. Regardless of the product, Peter Jones dismissed them and said it was “weird” that 2 men were pitching holding babies. The 2 men glossed over this and invited their 3rd team member to come in. She was a women. The program presenter then said that as she has arrived the product now has more credibility!!! Why? How? What?!?!?
#1 Men can design baby products just as well as women and do all over the world.
#2 Men should be treated the same as women when talking about baby products. Why wouldn’t they be treated the same? In fact, we probably bring a more rounded view of things! ;) I think men are just as credible as women in this field, and should be treated this way.
#3 How is 2 dads carrying babies weird? Has Peter Jones never had any children? And if he has, has he never held them? (I’d best stop before I’m rude.)
Generally speaking, I like Peter Jones, but I am flabbergasted and overwhelmed by his extraordinary comments to these men on Dragons Den.
I urge you to watch the clip whilst it is still on iPlayer and comment, make a fuss, re-post this post, write your own post, share on facebook or twitter or do something! Am I over reacting? Obviously, I’m new to all this so maybe I’m being naive.
http://www.bbc.co.uk/iplayer/episode/b03tt4df/Dragons_Den_Series_11_Episode_8/