Plans for exams to go ahead as normal, says NI education minister 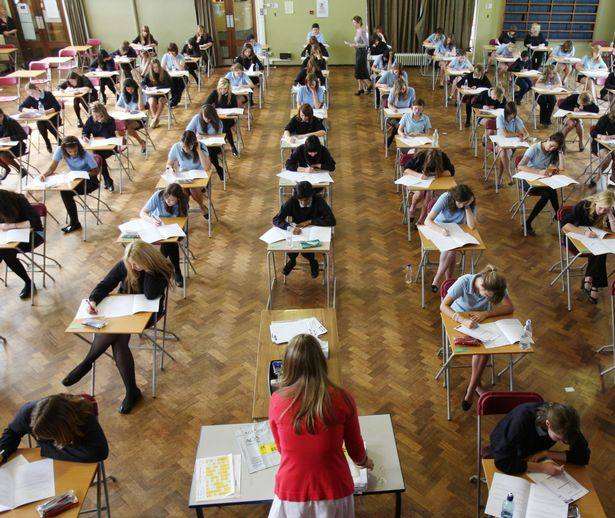 Northern Ireland’s Education Minister has said she hopes that exams will go ahead as normal later this year.

Michelle McIlveen told Assembly members on Tuesday it was her plan that state exams would take place in the coming months and any alternative system would resemble the process in 2021.

SDLP MLA Pat Catney had asked the education minister about the potential use of algorithms in the exam process.

“How do you propose to develop an algorithm that will be fair to all our young people?” he asked the minister.

Last year was the second year in a row grades issued in Northern Ireland were based on teacher assessments.

The system was used after formal examinations were cancelled again due to the coronavirus pandemic.

In the absence of formal exams, grades were instead assessed by teachers and decided through a five-stage process.

This did not include the statistical algorithm used in 2020 to standardise A-level results, which sparked outrage after more than a third of grades predicted by teachers were reduced.

An outcry from teachers, parents and students led to the original teacher-assessed grades being issued.

Ms McIlveen said on Tuesday: “It would be my intention that exams will proceed if at all possible and I know that that’s also the intention of the other jurisdictions.

The education minister said she had met with junior minister in the Department for Education Robin Walker on Monday.

“Certainly he didn’t lead me to believe that it wasn’t his intention to do anything otherwise,” she said.

She said that there was a meeting of the four regions later this week “in order to discuss various options in relation to how Covid is being dealt with, but in particular, examinations”.

She said that the exams board CCEA “has already made significant adaptations to the suite of qualifications permitting the admission of one of the units of assessment for the majority of the qualifications and these omissions are really designed to take account of the ongoing disruption and obviously, significantly reduce the number of exams that young people will have to take”.

“While I still appreciate that these are these are difficult times, I think that it’s only fair to them that they are able to be able to be tested. CCEA has made it very clear that examiner judgement and not an algorithm will be at the heart of the awarding process this year.

“Obviously, algorithm became quite a thing a couple of years ago and it’s certainly something that we wouldn’t be looking towards this year. So examiner’s I understand will be taking account of the disruption which has been faced by our students, just to ensure that any grades that they that they will receive will be higher than pre-pandemic year.”

She said that her officials were working with civil servants in other departments across the UK on the issue of exams.

She said it was important to “really ensure that our young people are not disadvantaged in any way particularly whenever they’re looking to gain either employment or to go on to third-level education.

What do you think about exams going ahead?  Let us know your thoughts in the comment section below.