When Al told me about the possibility of an early pregnancy test that could predict miscarriage, alarm bells rang. Loudly.

Scientists have taken protein samples from 121 newly pregnant women and compared them. Using algorithms based on the proteins in their urine, they believe they can predict miscarriage; despite no-one really knowing all the various causes of miscarriage. 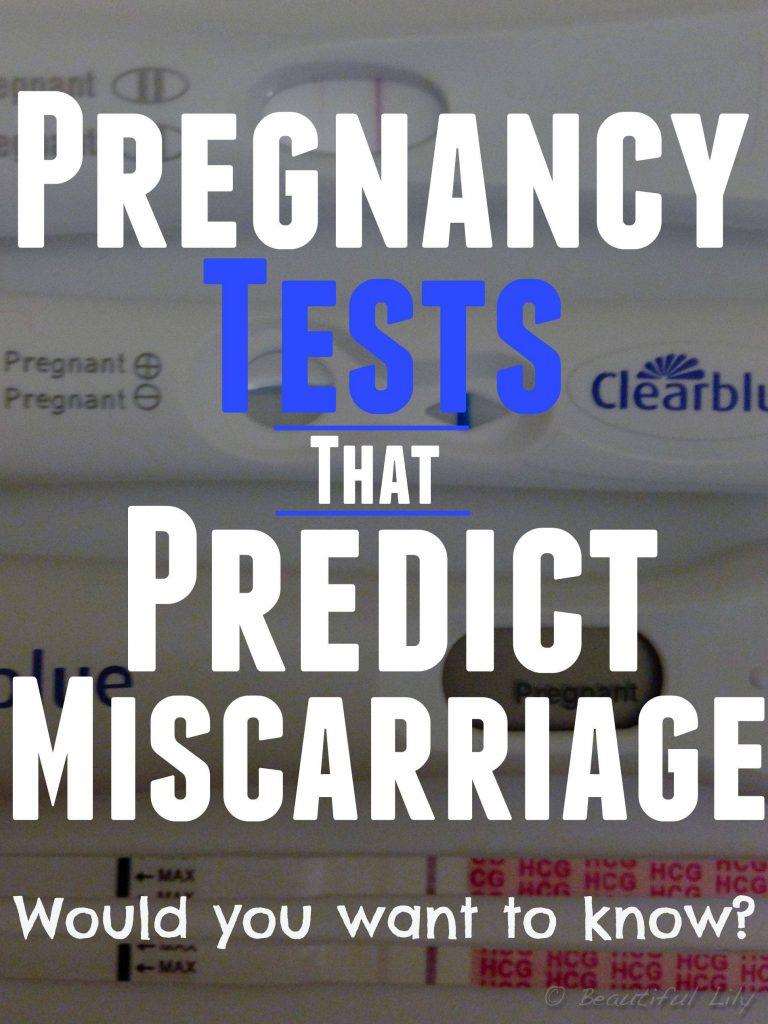 I have experienced two miscarriages in the last two years. My first was at 12 weeks and resulted in a SMM after a natural start. The second was at 8 weeks and happened naturally at home. Both miscarriages were heart-breaking but both in very different ways.

With our first miscarriage, the signs started showing in week 6. We were told by the hospital that there was a very high chance of miscarriage but that we had to wait and see. The 6 weeks that followed were indescribable. We had scan after scan, all inconclusive. We tried to carry on with life and think positively. We hoped beyond hope that they might have made a mistake. We wished for the small chance to be our chance. The 6 weeks of the unknown were hell on earth and we had to get through them alone. How can you tell others that you are pregnant (yay!) but that you are probably going to miscarry? (oh!) It’s a very lonely and confusing time and one that I would not wish on anyone. We continued to watch my body change and I felt increasingly pregnant with each day that went by. A good sign right? They must be wrong. Our baby was going to be ok. We rubbed it, we talked to it and we held such hope between us. It wasn’t ok though and at week 12 we lost the baby. Looking back on that experience, the weeks of hoping and wishing for something that then ended up being taken from us made it all the more difficult. We were exhausted from the emotional rollercoaster we were on and when it finally happened we were beyond devastated.

It seems to me that this test will put others in a similar position to ours. If women take this test at week 6 and are told their pregnancy will end in miscarriage then they would be signing themselves up for weeks of worry, pain and false hope. Even worse, they might decide to take the situation in to their own hands. And what if the results weren’t right? Everything surely has a margin of error. That does not bear thinking about.

Our second miscarriage was at 8 weeks. After a year of trying for another baby we had found out that I was pregnant a few weeks earlier and we were over the moon. When the miscarriage happened we had no warning signs, no time to worry or hope. No time to stress and drive ourselves crazy running circles around our minds. It happened naturally and quickly without weeks of build up this time. It was awful and painful and sad but somehow it was a little easier. Just a little. It came with the added emotions of anger and resentment that it had happened to us AGAIN. Anger that we had to experience this for a second time but on the whole the experience was easier.

In reality no two miscarriages can be compared. No two parents can be compared and no two women can be compared. We are all individuals, experiencing things in our own unique ways. But, for me, this test is not a medical advancement that we need. I do not see it as something that will improve our lives and our experience of pregnancy. It scares me. It scares me because the test might get it wrong. Even once. And that once might have awful consequences. I strongly believe that in some instances too much knowledge can be a bad thing. Despite the experts hoping to make sure it is 100% accurate, it feels to me like they’re playing with fire.

As a women that has experienced two miscarriages in the last two years I would not welcome the use of this test. Would you? I’d love to hear your thoughts on a matter that is so close to my heart.

(……Interestingly , and rather surprisingly, my husband came to the same conclusion as me. His take on the test can be read here)

If you’ve experienced a miscarriage, then take look at this resource for dads, on coping with loss after miscarriage.