As a father and a man, I thought I should have all the answers… 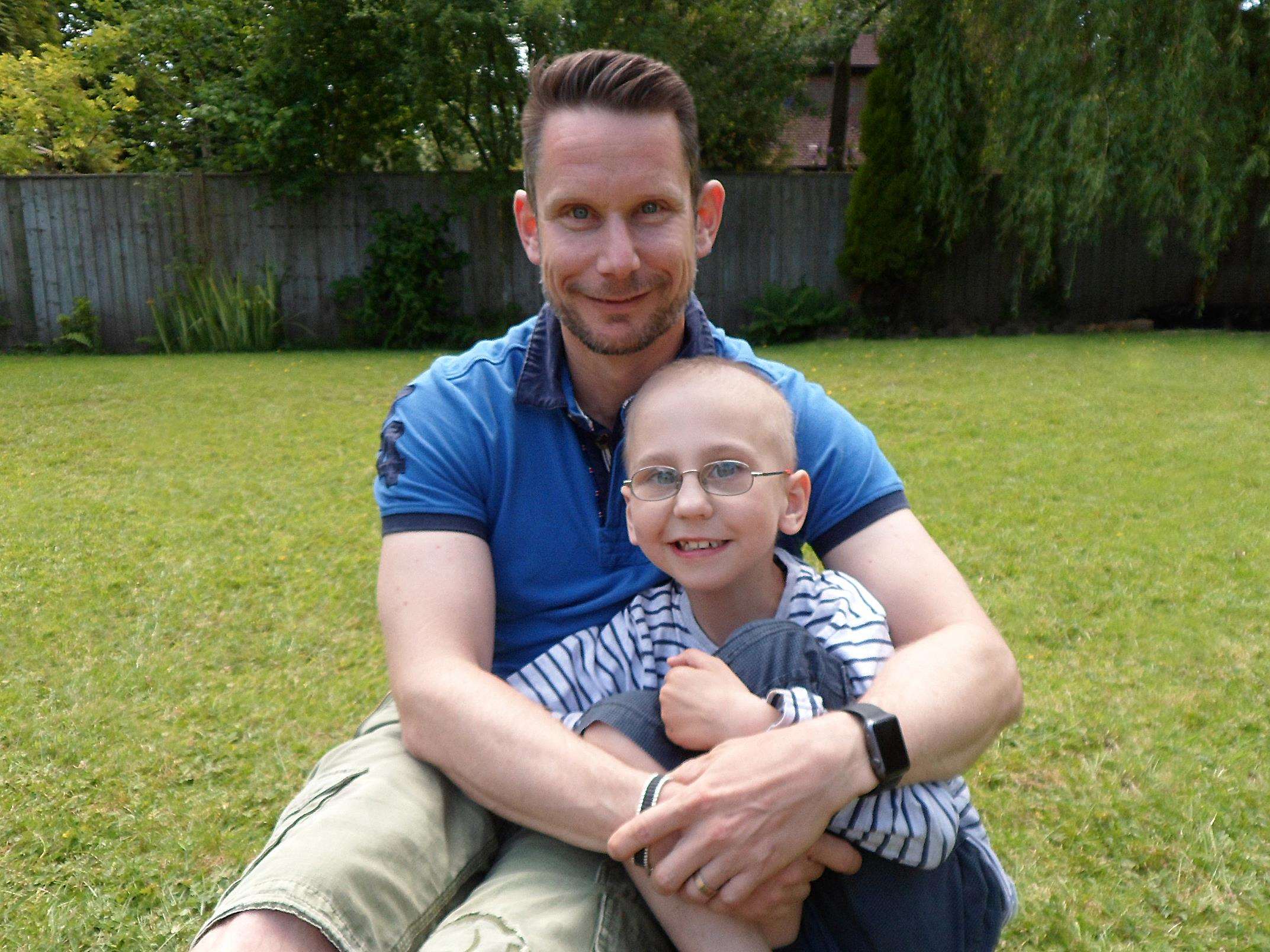 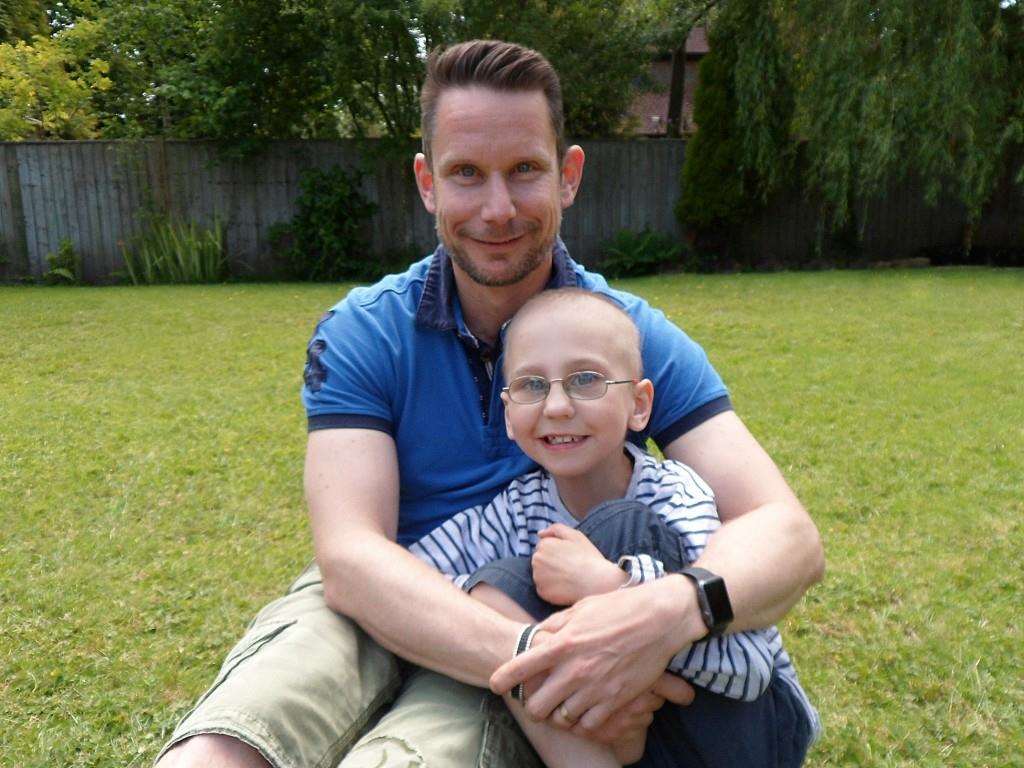 This is a guest post from, Mark. I’ll let his story tell you the rest…

I had no answers. As a father and a man, I thought I should have all the answers but I didn’t and I couldn’t

When my wife, Lucy and I, found out we were pregnant with Luke, our third child, I struggled to come to terms with it. In my mind, having the two boys we already had was the perfect scenario. Bringing up children isn’t cheap, so financially we’d be able to support them and logistically, two children is much easier to manage.

While Lucy was happy to be pregnant again, I was angry with myself for getting us into that position. We had a few sessions of counselling to help us find some common ground but it was a very difficult time.

After our first scan we found out there could be problems with the baby, which didn’t help me come to terms with the fact that we were having a third child. At this point, I should have been strong for Lucy but emotionally, I had switched off. I felt that, given the potential problems, it would be best to terminate the pregnancy. It was selfish on my part, but with two healthy children I didn’t think it was right to upset the balance. However, after more tests we were given the all-clear and the pregnancy continued normally.

When Luke was born, it quickly became apparent that he wasn’t well. He was very limp and wouldn’t feed. He spent some time in a special baby unit and eventually had a nasal tube inserted to help him feed. As he was so unwell, he spent the first year of his life in and out of hospital. Every time he went into hospital we weren’t sure whether he’d actually survive, so I would have to say goodbye to him again and again. 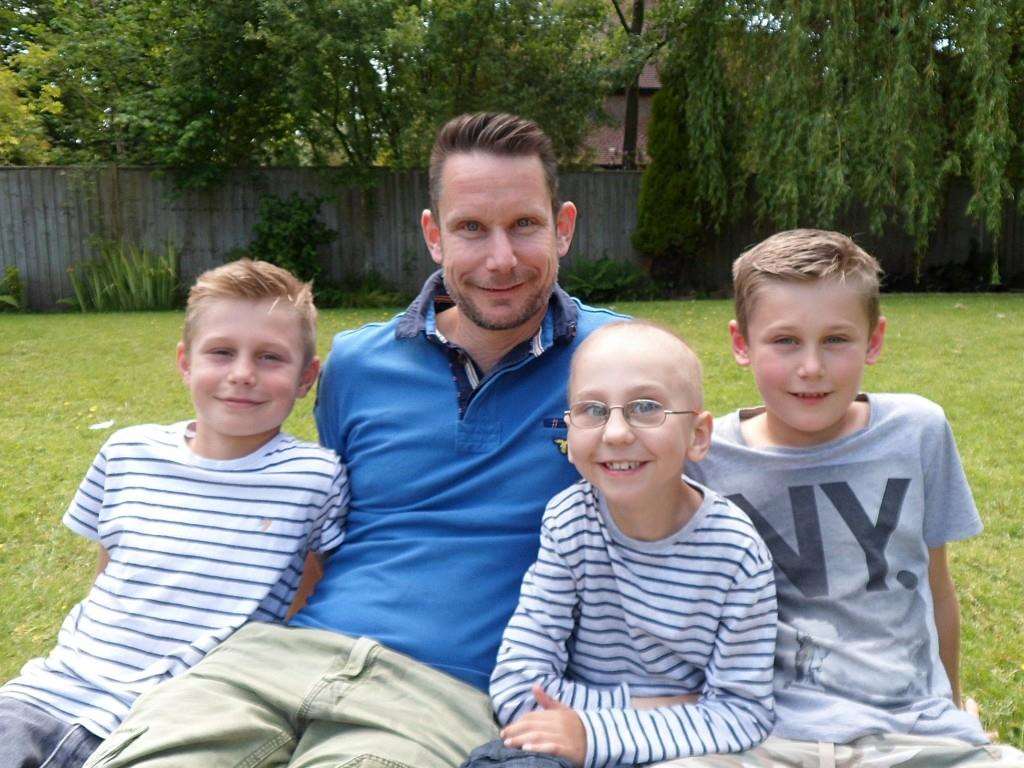 Emotionally, it was extremely tough for both Lucy and I. I found myself dealing with feelings of anger, worry, sadness and frustration all at the same time. It was tough on Luke’s three and four year old brothers, Jamie and Charlie, too. They’d constantly ask questions, which weren’t easy to answer.

I don’t think anyone really knows what life will be like with kids. You have this idealistic view that they might grow up to be a sportsman, a racing car driver or a famous artist. Like most men, I wanted to be the fun parent. I wanted to give my children everything they needed and spend as much time as I could with them.

When you have a child, you don’t realise just how involved you will be in their day to day development, moulding them into the person they will become. Charlie and Jamie were very different babies. Our first, Charlie, wasn’t easy to look after. We certainly had a hard time with him so weren’t relishing the thought of having to go through that again. But at least we were prepared and knew what to expect. Jamie was actually the complete opposite and couldn’t have been an easier baby.

Having experienced both ends of the spectrum, I thought I could cope with anything but when we found out Luke would have health and developmental issues, it kind of felt that all I had learned meant nothing. This may sound like a cliché but as a father you think you should have all the answers, that you can solve any problem. Clearly the issues we faced were way beyond my control.

When Luke was one, he was given a gastrostomy tube which allowed his food to be fed directly into his stomach. When we were out in public, people stopped and stared, which I hated. At the time I was still struggling to come to terms with having a sick child and it affected my feelings towards Luke.

I found it difficult to bond with him in the first two years of his life. I didn’t spend much time with him as he was in and out of hospital with Lucy and I would have to look after his brothers. When I look back, I can see my emotional switch off was a kind of coping mechanism. In my mind, I believed Luke wasn’t going to have a long life so if I became too attached I wouldn’t be able to stay strong for my family. I needed to be the rock that all fathers are expected to be.

Eventually, however, it became clear to me that it was up to me to step up and get more involved in Luke’s life. By trying to keep life normal for Charlie and Jamie, I felt that I had damaged my relationship with Luke. Besides which, Charlie and Jamie needed their mum for cuddles and she, like most mums, was the one that would fix the cuts and bruises. So I started to be more active in little things like changing nappies, night feeding and hospital visits. This helped me to bond with Luke and it gave Charlie and Jamie time with their mum.

When Luke was five years old he was diagnosed with a rare degenerative disease called Dyskeratosis Congenita (DC). As part of this disease he had a serious bone marrow disorder, which required regular platelet and blood transfusions to keep him stable. Things eventually got so serious that it was decided he had no other option but to have a bone marrow transplant.

I’d never realised how serious a bone marrow transplant is, especially for someone with ‘DC’. After explaining the severity of Luke’s illness to his brothers, both Charlie and Jamie offered to donate their own marrow to help save Luke’s life. I’m extremely proud of them for that.

Jamie was found to be a perfect match. It wasn’t the ideal scenario as Charlie was upset that he couldn’t save his little brother and, at only nine years old, Jamie was scared of what he might have to go through.

When the time came for Luke’s bone marrow transplant, he went into hospital for 11 days for chemotherapy to kill off what little bone marrow he had left. Once again, Lucy stayed with him in the hospital and I remained at home looking after the boys and working as normal. I run my own Graphic Design business so being the only breadwinner added to the pressure. Things can get very stressful.

Jamie had to go into hospital the day before the transplant. He hates needles so was very scared and when he had a blood test, it took four registrars to pin him down! He reached out to me for help but I had to let them do what they needed as it was for the best.

On the day of the transplant when they took Jamie to the operating theatre, all of the doctors and equipment was too much for him. The operation had all of a sudden become a very horrible reality and the doctors tried for an hour to calm him down. When I looked into his eyes, I could see he was begging “Daddy, please take me away,” but I had to be strong. I told him that he was doing this to save his brother’s life. The anaesthetic eventually worked and I had to leave my little boy with the doctors.

I remember physically shaking throughout his ordeal.

While all this was going on, Luke was in another part of the hospital going through his own procedures. It’s a very strange feeling not knowing where to go or what to do for the best, but I had promised Jamie I would be there when he woke up.

Everything went smoothly with Jamie’s operation and the bone marrow was transplanted the same day. So far things have gone extremely well and both boys are making good progress. Jamie has a massive sense of pride in what he’s done for his brother and Luke is on a very long road to recovery but so far is doing very well.

As a parent you naturally want to protect your children. I’ve done many things in their lives to look out for them. I even took football coaching courses to become more involved with their physical development. Although the coaching has taken over much of my spare time, it has really helped me focus on things other than the problems I face at home.

In a child’s eyes, a dad is looked at as the superhero. My children look up to me and truly think I can solve any problem. Watching a football match on TV, Jamie asks me if I am as good as the players. When I watch the Grand Prix with Charlie, he asks me if I could race as good as them. So if they think so highly of me, would they not also think that I could fix Luke’s problems?

But as much as I have done for my family, I couldn’t protect Luke. When he was younger I disengaged myself so I could get through each day. When he spent long periods in hospital it was hard to know what was going on. Lucy couldn’t update me every hour so there were long periods of time where my mind ran through scenarios. I hated not being in control of the situation and felt completely helpless being unable to protect him, like a dad is supposed to.

When I look back now, if I had insisted upon a termination, Lucy would have resented me and we wouldn’t have had Luke. And in spite of all the emotional and physical difficulty of raising a child with a terminal illness and special needs, I wouldn’t change it for the world. He’s an amazing little boy. He’s always happy and has an infectious nature that people are drawn too. The thought of losing him is not something I can contemplate, but it is something I will have to within my lifetime. I don’t think too much about the future. Instead I just take life day by day – Lucy, my three boys and me is what counts, and I’m very thankful for that.

As a father I have realised that I can’t fix everything but with the love and support of my family and friends, I can do good job of it. I must thank my amazing wife for being so strong. She is a true inspiration to me and I am so thankful that she is part of my life. It is our close relationship that carries us both on. I know there are tougher times ahead but if you appreciate life and the people around you, you’ll go far!

Rainbow Trust Children’s Charity supports families like Mark’s. Help us support more dads who have a child with a life threatening or terminal illness from diagnosis through treatment and beyond and for as long as they need us. Please visit us at www.rainbowtrust.org.uk