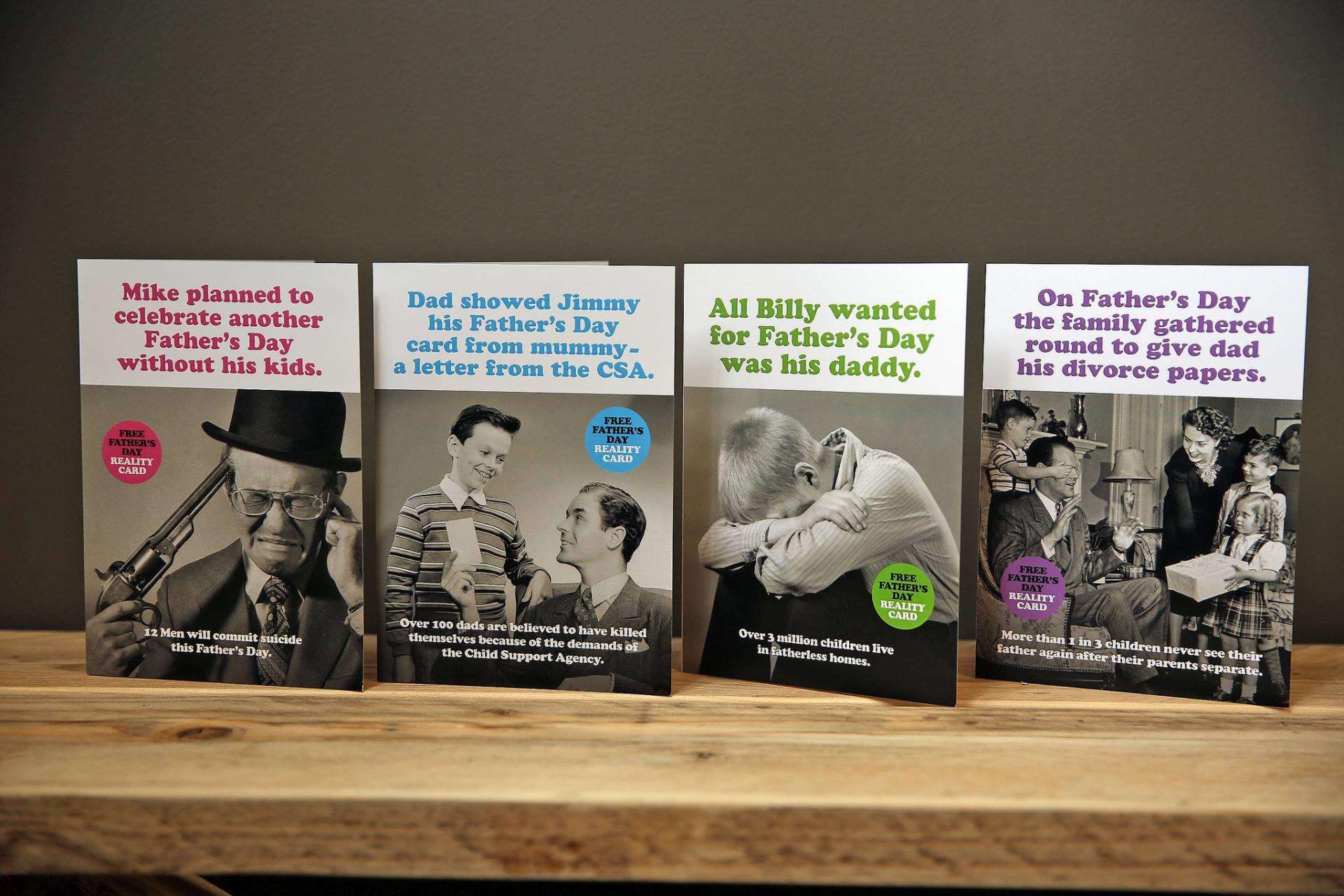 Father’s Day is just 2 days away and for many families across the globe, they’ll be shopping for dad’s favourite beer, making & writing cards and preparing for a day to celebrate their dad.

For some, however, the reality of Father’s Day isn’t so easy.

And to bring this to light, Fathers4Justice have released a range of Father’s Day cards that, to be honest, are really quite shocking. 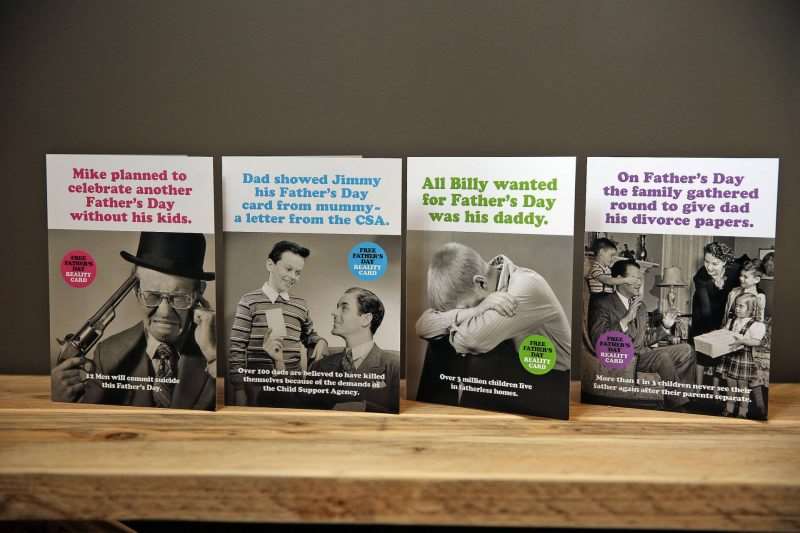 The ‘Father’s Day Reality Cards’ have been specially designed by campaign group Fathers4Justice to shed light on the very real issues experienced by separated dads, following new research by the non-profit organisation which reveals a third (38%) of separated fathers will not see their children this Father’s Day.

The range of cards is designed to highlight the mental health, social & legal issues that separated fathers face.

What’s really interesting though is that Fathers4Justice approached all the major high street card retailers offering them 5,000 FREE units to try and gain momentum for the campaign. Each and every offer was declined. And I can see why.

This hasn’t deterred the Fathers4Justice squad though… They’ve taken to the streets to covertly place the cards on the shelves of the major retailers across the UK anyway! Nothing short of expected behaviour from the militant group of fathers.

Matt O’Connor, Founder of Fathers4Justice, comments, “These cards highlight the toxic reality behind the saccharine, airbrushed version of Father’s Day portrayed in advertising and the media. The uncomfortable truth is that millions of dads will be heartbroken they can’t see their kids this Father’s Day or indeed in years to come. This can cause them and their families immense pain and suffering so it’s vital we raise awareness of these facts, to encourage the public to support fathers’ rights.”

And I fully support much of the Fathers4Justive manifesto.

However, do we really need to piss all over Father’s Day?

I don’t think we do. 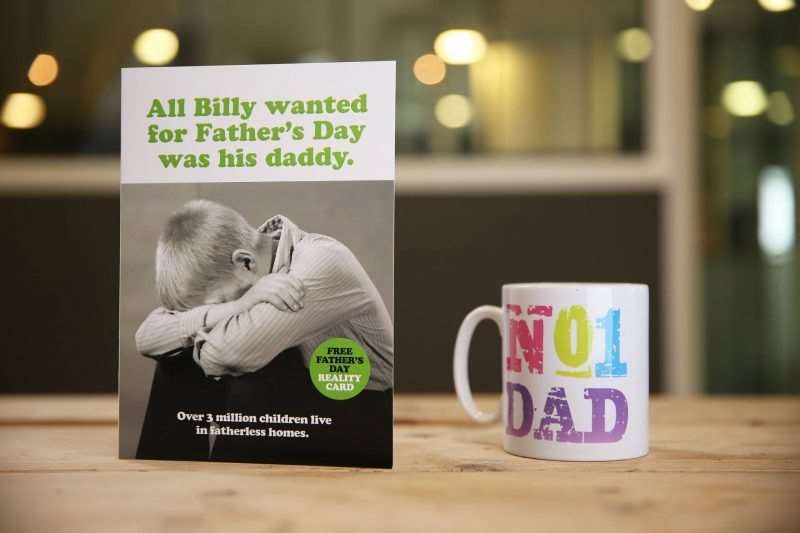 The horrors that occur around the world are continuous; they’ll never end. Included in that statement are the horrors that many fathers have to face when challenged with seperation, the legal systems and gaining access to their children.

It’s important that the world is aware of these horrors so that action can be taken and I applaud Fathers4Justice for doing just that. On this occassion, though, I think the means to the end are perhaps too much.

What would happen if a child going through family separation picked up one of those greetings cards, strategically placed in WHSmiths?

Anyway, that’s my take on things. What about you? 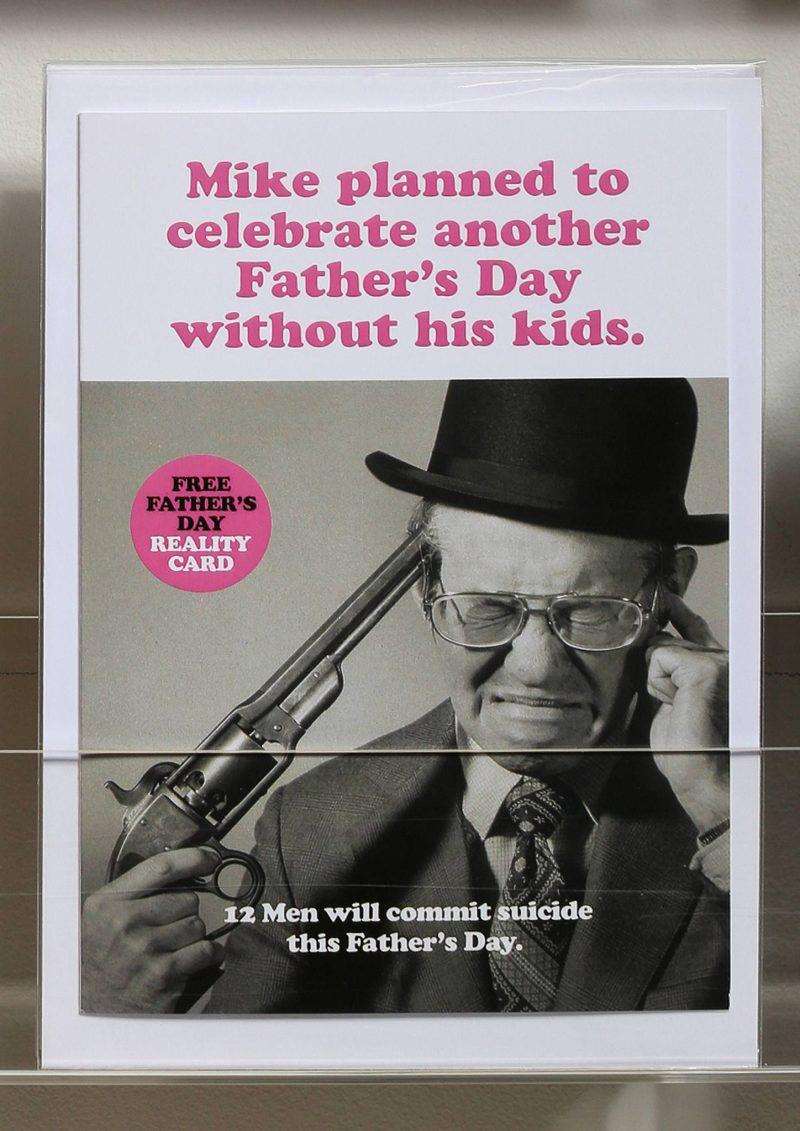 Britain has the highest proportion of fatherless families of any major European Country. (ONS 2012)

Separation from children appears to be a significant factor in male suicides. (Men, Suicide and Society, The Samaritans 2012)