You can generally find most things on Google nowadays. Particularly stats.

So I looked into our statistical chances of having 5 miscarriages, 4 being consecutive; nothing. This is the closest I came:

But what about those people who experience four, or five. When you don’t make the stats, even on Google, you know you’re in a tiny proportion, a tiny percentage of people.

Yesterday, we found out that we’re having our 4th consecutive miscarriage, our fifth loss in total. 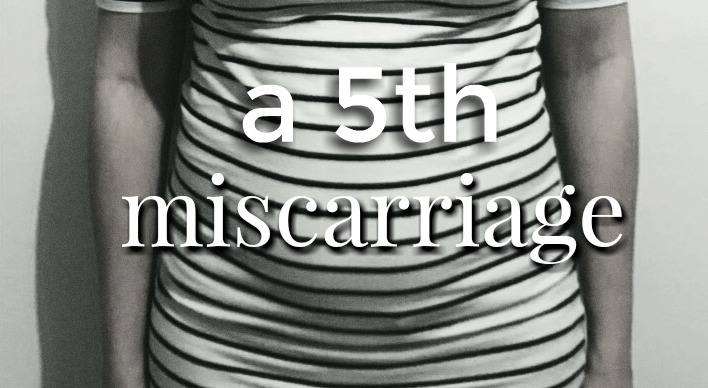 So excuse me if I stick my middle finger up at all of the doctors, nurses and so-called specialists that told us along the way that we were in no worse position than a couple who’d never experienced loss, that our chances of it happening again were no higher than anyone else, that we’d have to be very unlucky and that there is no reason why it would happen again. That aspirin, acupuncture, vitamins, early scans etc might help our chances.

Because nothing helped. We were in a worse position. We are the ‘unlucky’ ones. It has happened again. And my heart is broken.

From the moment Jen showed me the lines on the test I have been searching for signs.

Signs that everything will be ok.

I have watched Jen’s body change as the pregnancy developed. I watched her switch bras because her boobs were so painful, buy bigger jeans because her tummy was bloated, change her diet, take medication etc etc etc

I rubbed her back as she threw up as soon as she woke up and all throughout the day, I tried to find the right words as she shouted at me about reaching one of the low points of her life as she was sick in the back of the car from the smell of McDonald’s and I watched her change the weekly shop to include only odourless foods because her sense of smell went through the roof.

All good pregnancy signs, right? All pointing to the fact that this pregnancy was a strong one. That this time we’d make it.

And yet the outcome is the same.

You see the truth is that the more miscarriages you have, the lower your chances get for having a normal, healthy pregnancy. 1 stat I did find on Google, is that after having 4 consecutive miscarriages, your chances of having a 5th are 50/50. Not good odds. Not odds I want to hear. Or accept.

Not good odds when you so desperately want another baby to love, care for and raise in your family.

Here we are again, with this all too familiar feeling of carrying an unviable fetus, yet a fetus that is growing week upon week, waiting for the inevitable or counting down the days to the next operation.

Each time, I’ve been devastated, but this time is different for me.

Surely there will come a time where I have to accept that for whatever reason, I’m not meant to have another baby. Is the world trying to give me a message; that this just isn’t going to happen, so I should just give up?

My entire life, I’ve been an optimistic, hopeful person. Always looking on the bright side of things, giving the benefit of the doubt where I could.

But this week, that’s changed. I’m starting to feel the opposite. Pessimistic and hopeless.

Jen told me she was pregnant just before Christmas. The best Christmas present I could possibly have hoped for. I allowed myself about 10 seconds to feel excited and then clamped down on any positive emotions. For the vast majority of parents, that moment of finding out you’re expecting a baby is exhilarating. It’s usually followed by some kind of celebration; prosecco, hugs, kisses and joy. For us, finding out we’re pregnant is a heartache of anxiety, fear, terror, concern and dread.

For us, finding out we’re pregnant is a heartache of anxiety, fear, terror, concern and dread.

In previous pregnancies, waiting and telling our loved ones at 12 weeks, as tradition states, hadn’t worked out for us. Each time, it meant that as we went through the pain and devastation of miscarriage, we had no one to turn to for support.

So this time we tried to fight fate face to face and we told people. Told our closest friends and family that we were pregnant. From the moment we did the test we shared the news. Hoping that by breaking tradition we might, in turn, break our own tradition of miscarriage.

It didn’t work. Instead, we were met with lots of ‘oh’s’ and facial expressions that said it all. Why are you telling people so soon? What if you lose it?

Well, we did. We have. Another hope lost. Another dream lost.

And I’m angry this time. In amongst the pot of emotions, I’m really, really angry.

When you suffer from recurrent miscarriage everything, right from day one, gets taken away from you. You can’t experience the usual feelings and emotions that the majority of people get to experience. You’re cheated from day one.

Instead of celebrating the announcement, looking forward to all the wonderful things about being pregnant & having a new baby, I just expect the worst.

For the first few miscarriages, I’d expect the worst but hope for the best.

This time I just expected the worst.

And if there’s a next time, I’ll expect the worst and be riddled with hopelessness all over again.

That’s the over-riding question going through my head…

Will there be a next time?

Someone somewhere is giving me a pretty big message, right? Or are we just the unlucky ones? The ones who keep rolling the dud dice.

The thing is, we can’t keep going through this. There comes a point where enough is enough.

Jen’s body is surely groaning under the strain of operation after operation. Miscarriage after miscarriage. This morning she responded to my ‘I don’t know what else to say, except ask if you’re ok’ question, with,

No. I’m suffering from horrendous morning sickness at the same time as having miscarriage cramps.

She’s in the bathroom throwing up at the same time as holding a hot water bottle for her tummy for the cramps. Surely this is one of the cruelest things life can throw at you? 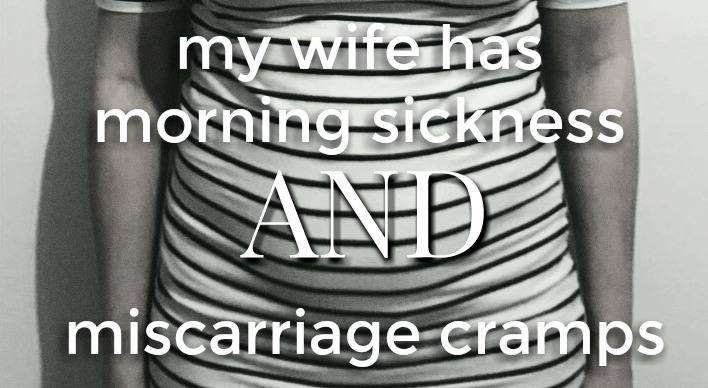 If ever you need an example of an oxymoron, that’s it. Completely contrary feelings that even the most stable of minds would struggle to deal with. Throw in an abundance of hormones and the extreme emotions that are galvanised to miscarriage and you can see why miscarriage and recurrent miscarriage can have such a profound impact on people.

I have to watch the woman I love go through something so awful, and I can’t bear it. When I’ve talked about our previous miscarriages in the past, I’ve always said that one of the hardest life experiences for a dad is to watch his partner go through such a painful experience.

I’ve now watched her deal with it 5 times, and it only gets harder. And harder.

We found out we were expecting on December 20th, 29 Days ago. And 29 nights of lying next to my wife holding her hand on her tummy all night long in the hope that somehow it might make this pregnancy a successful one.

Last night we hardly slept. But for the little we did, her hand was in mine rather than holding on to her little tummy. The story has changed. In the blink of an eye, the chapters have disappeared and we are back to page one.

I watched her sleep with a broken heart.

There is no hope. All hope is gone. And now we have to wait for the inevitable to happen.

Please look at all our articles on miscarriage by clicking here