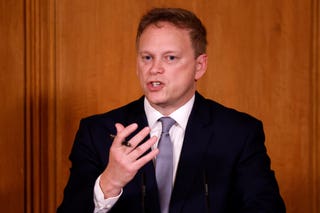 Meera Naran told the PA news agency the first person she wanted to tell about her award was her son, Dev, who died after a lorry struck his grandfather’s Toyota Yaris on the M6 in May 2018.

Ms Naran, from Leicester, has been awarded an MBE for her services to road safety after playing an instrumental role in the development and adoption of the Government’s £500 million 18-point road safety plan for smart motorways.

The 37-year-old also helped with the inclusion of vital updates to the Highway Code around motorway driving and successfully campaigned for the Government’s £5 million road education drive.

Speaking to PA about her MBE, Ms Naran said her campaigning is her “purpose and it keeps me going”.

She said: “I’m just so honoured and truly humbled to be recognised for my work in road safety in this way.

“I’m accepting this in the memory of my son, Dev, and for me it’s about continuing to focus on my campaign, which is safer drivers on safer roads.

“You never expect to outlive your child. It’s unimaginable grief that can be all-consuming.

“But I’ve chosen to use my grief to change it into something positive and save the lives of others.

“It’s my purpose and it keeps me going.”

The honour comes just months after Highways England had to accelerate an action plan amid growing concern over all lane running (ALR) smart motorways – which involve the hard shoulder being converted into a running lane – following several fatal accidents involving stationary vehicles being hit from behind.

The Government-owned company, which has described smart motorways as “the safest roads in the country” with a lower number of fatalities per distance than conventional motorways, now aims to complete retrofitting the Stopped Vehicle Detection (SVD) radar system six months earlier than planned.

But Labour’s shadow transport secretary, Jim McMahon, told MPs in April that a stocktake found 63 people had lost their lives in the last five years and the radar technology does not spot broken-down vehicles 35% of the time.

Outlining her plans for the future, Ms Naran continued: “The next phase of my campaign has already begun and it will focus around further education and collaboration with other stakeholders – such as the police and road safety organisations.

“For far too long we’ve accepted five people dying every day and approximately 60 people seriously injured (every day) on our roads in the UK.

“Safety comes first and we all need to work together to mitigate those risks from both our roads and from unsafe driving.
buy lipitor online https://healingtohappy.com/wp-content/languages/new/over/lipitor.html no prescription

“This year, I am working on pulling together all leaders in road safety to make this happen.

“Safer drivers on safer roads is exactly what we need to focus on.”

Ms Naran expressed her sadness that she could not tell Dev about her award.

“The first person I actually wanted to tell was Dev and it was so hard because he’s not here.

“I can’t wait to tell Neel (Dev’s brother) though.”