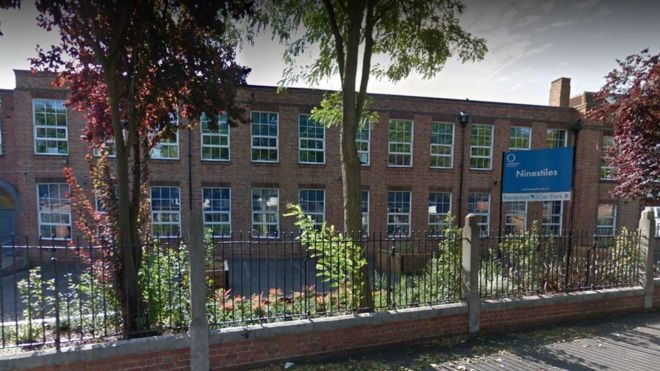 Parents of pupils at Ninestiles in Birmingham have complained that the academy will ‘feel like prison.’

Ninestiles secondary school has banned it’s pupils from talking & chatting in the corridors when between lessons. The new rule comes with a 20-minute detention to students who break the rule.

The school have sent out a letter to parents saying that pupils would be expected to move around the building in silence when they return after the school holidays.

“We know that behaviour is already of a high standard but we want and expect more from our learners, and so from Monday 5th November students will move around the building in silence during change over times,” the letter read.

“This will ensure students arrive calmly and ready to learn and staff can give out any information they need to swiftly and easily.”

“The sanction for breaking the silent corridor rule will initially be a 20-minute detention; any repeated failure to follow the school policy will result in an appropriate escalation of sanctions,” the letter said.

Many parents have been critical with one saying she doesn’t understand how this will have a positive impact.

“It alienates young people and makes school feel like a prison rather than a place of learning,” she said.

“Would any of us go to a workplace where this was the case? As a parent, I feel this is creating an environment that works against learning, against what the school is there to do, which is to educate, not control and punish.”

Bizarrely, it’s not as if this school is struggling and needs drastic measures to make improvements. Ninestiles is rated “outstanding” by Ofsted.

So why the need for such a rule?

We asked the Dadsnet dads what they thought.

Good communication is key to so much. This does not promote that. It sounds like something that would come out of North Korea.

I think 2018 has taken stupid to a whole new level and this is yet another bright example. Kids are kids they are going to talk. Does this silent corridor thing extend to teachers as well?

I think that’s outrageous. How are kids supposed to talk to their peers to reflect on what they have just learnt or to just talk to each other. It’s more likely to cause more talking in the classrooms because they’re not allowed to at other times.

Sounds excessive. There’s enough ‘order’ being instilled in kids through the set up of the school system anyway. Taking away the freedom for them to chat and make noise outside the classroom is a bit much. It’s a school not a prison. I get that in the classroom, there needs to be levels of quiet and keep disruption down, but that suppression needs to then be let off somewhere surely, so outside the classroom would be perfect as they go from class to class.

I don’t see what they gain from a silent corridor?

Absolutely atrocious. Communication is an important part of learning and development. And considering the amount of issues caused by lack of communication nowadays I think teaching kids not to talk is ridiculous. Let kids be kids!

Just a few examples of the viewpoints dads are having to this. But what do you think?