Which Kind of School Run Dad Are You? 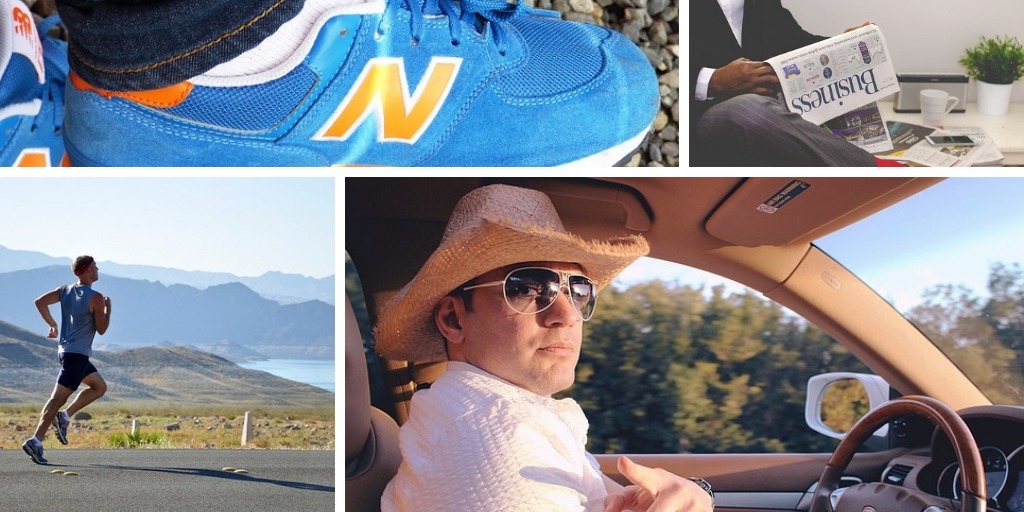 There’s plenty written online about school run mums, but a much underexplored territory is the world of the school run dad. When we drop off and pick up our children from school, we tend to break off into different, but highly distinguishable, factions that are replicated throughout the country.

Here’s The Dadsnet’s Attenborough-style insight into the different types of school run dads spotted in the playground, by the gates or round the corner in the car, depending on how old their children are and how embarrassing they find being associated with their parents. Those two factors are very closely linked.

Business Dad is suited and booted for a day filled with whatever it is that important business people do during the business day. He sports an impeccable pinstripe suit and couldn’t look any more like a businessman if he sported a bowler hat, held an umbrella and stuck a copy of The Times underneath his arm.

In winter, he wears an overcoat that looks as if it cost more than the value of most other dads’ cars, but suit and coat always remain pristine despite his close proximity to small children. This leads many to believe that Business Dad has access to some kind of invisible forcefield that repels jammy fingers and spilt juice.

By half past nine he’ll be in the office, barking orders about commodities to an underling and demanding his secretary “diarise” a meeting, but at 8:45 he’s giving little Timmy a massive cuddle and commanding him to stop scratching his bum in public.

Cool Stay-at-Home Dad knows he is representing his gender in the school run turf war. Even with greater strides towards shared parental leave and heightened awareness that the gender pay gap must close, stay-at-home dads are very much in the minority. Knowing he will be outnumbered when he leaves the school gates and takes the younger sibling off to playgroup, Cool Stay-at-Home Dad feels the need to prove that a man can handle this busy morning routine too.

Part of this is perfecting a specific tidy, preppy look. Cool Stay-at-Home Dad will most often be found in colourful New Balance trainers, skinny jeans and one of those backpacks that looks like it was discarded by a retreating Cold War sentry, but which actually sets you back the best part of a hundred quid. Of course, it’s filled with nappies, wet wipes and half eaten-apples.

There is a big difference between Work-from-Home Dad and Cool Stay-at-Home Dad. Unlike the fresh, fragrant Cool Stay-at-Home Dad, Work-from-Home Dad had no intention of showering or even getting dressed today. His initial plan had been to lie on the sofa, half watching Homes Under the Hammer and half idly answering emails, enjoying the fact he was conversing with Terry from HR whilst scratching his knackers.

Work-from-Home Dad hadn’t factored in that the kids needed to go to school and is usually seen wearing garments that land somewhere between pyjamas and loungewear. These were basically the first clothes he spotted on the bedroom floor as he rushed out the door.

If you don’t see Work-from-Home Dad at pick-up it’s because he inadvertently dozed off whilst just shutting his eyes for a minute to have ‘a really good think’ about the piece of work he was supposed to have completed by lunchtime.

Drive-By Dad must have heard that you use up more fuel by turning off your engine and restarting it because he doesn’t like to hang around. As soon as his kids have shut the car doors, he’s blazing off into the distance with only the echo of his hollered “I love you!’ left to reverberate around the playground.

Woe betide any of his kids if they forget to take the toilet roll model of Hampton Court they made for their History project out of the boot in time, because it could well be 20 miles down the road by the time they realise.

Sporty Dad wears lycra. Lots of lycra. When you meet Sporty Dad, you don’t know where to look.

To complete his outfit, he might also carry a water bottle and one of those arm holsters that you stick your phone in whilst you run so you can listen to pumping 90s house music or Radio 4 podcasts. Delete as applicable.

No one really knows whether Sporty Dad actually does go for a run after drop-off or whether he jogs round the corner to the local greasy spoon and tucks into a full English. Potentially, Sporty Dad only wears lycra to humiliate his children, but that is as yet unconfirmed.

Football Dads prefer to hunt in packs and their behaviour is intriguing. They may not issue a single word in the company of others on the school run, but as soon as they come within three metres of another Football Dad, they will light up and give out their traditional mating call, which sounds something like, “Alright? Your boys did okay at the weekend, didn’t they? What about the United game?”

Crowds of other parents can vex Show Off Dad. He might not normally be the bragging sort, but he feels he needs to display exactly how invested he is in his children’s education when groups of mums and dads are nearby.

Phrases like “Oh look, there’s the shop – which digraph is in the word ‘shop’?” spill out of Show Off Dad’s mouth in immediate response to his social anxiety. In his mind, this performs two tasks. Firstly, he looks like he’s an educational superstar, and secondly it means he doesn’t have to talk to the other parents.

It doesn’t matter that as soon as the family walk through the door of their house at the end of the day, just like the rest of us, he puts the kids in front of CBBC whilst he makes himself a brew. In public he is a one-man National Curriculum and, after all, it is all about public appearances, isn’t it?

No one know anything about Quiet Dad. Quiet Dad likes it that way.

Other Types of School Run Dad

Do you know another type of school run dad? Let us know in the Comments section.