Which School Sports Day Dads’ Race Dad Are You? 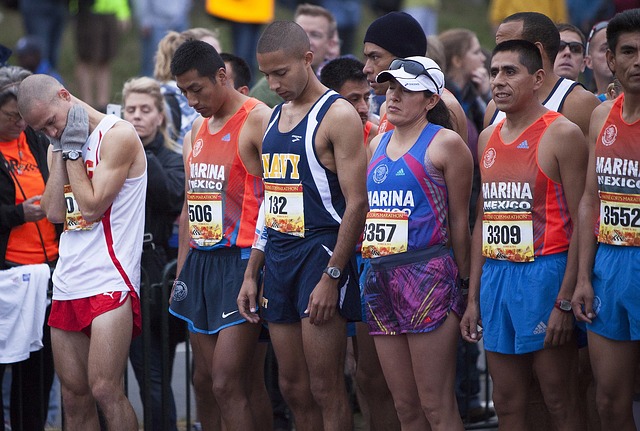 As we head into the summer term, there is an army of dads pounding the pavements in preparation for the sports day dads’ race. There’s also another, much larger, army of dads scoffing pizza without giving it a second thought. You will meet all sorts of dads when you look up and down the starting line at the school sports day. But which one are you?

Every school sports day has at least one Competitive Dad. You know them because they are the ones in expensive lycra shorts, doing lunges in the car park before the event begins. They have had the date of sports day highlighted in their phone calendar since the school announced it in September.

They haven’t been to any of the assemblies, performances and bring and buy sales, but glory in the sports day dads’ race is their singular goal.

Competitive Dad has been on protein shakes for the last month and sucked down three energy gel pouches on the way to school. He also downloaded Usain Bolt’s autobiography to his Kindle the week before to really cement his motivation and he arrives at the school gates like a coiled spring.

The best situation for everyone else is if there are two Competitive Dads in one school. Everyone else can sit back, able to enjoy an explosive show where only one can win and where the other will walk away fuming, unable to show his face in the local Co-op for the next two months at least.

Cool Sarcastic Dad knows he’s not Competitive Dad. He knows he won’t win, but rather than make a plucky attempt to complete the race, he’ll make sure everyone knows that he doesn’t care about this silly race. He does care, but he doesn’t want the assembled parents to know that.

The way you know that you are in the presence of Cool Sarcastic Dad is when you spot his genuine 1990s pink and green Puma shellsuit from the other side of the playground. He’ll scoff loudly whilst waiting on the start line of the school sports day dads’ race because, remember, he doesn’t care. He will then ‘run’ the race in a Liam Gallagher, bendy knee, arms behind his back-style bounce. Because he doesn’t care, right?

Unprepared Dad buys into the fun of sports day, he’d just forgotten about it until ten minutes before it happened. It’s only when the headteacher is giving the opening address that he also remembered he’s meant to take part in the dads’ race.

Unfortunately, Unprepared Dad is wearing his slippers and an oversized pair of jeans with no belt. In the best case scenario, Unprepared Dad romps home a good thirty seconds after everyone else. In the worst case scenario, he has to answer some pretty searching questions from the local constabulary about public indecency. Still, no one was actually watching him – they were too distracted by Cool Sarcastic Dad definitely not caring.

Business Dad has found a window between meetings where he no doubt touches base and powers up synergies to attend sports day. He’s the one absolutely baking hot in a full three-piece suit and tie as the rest of the parents relax in t-shirts and shorts.

It is not long into the race that Business Dad realises exactly why top-class athletes tend not to wear brogues to compete in the Olympics. Furthermore, he’ll spend the rest of the day when he returns to the office paranoid that everyone around him is gagging on the stench of sweat emanating from beneath his TM Lewin shirt.

The Ringer is more of a rarity than the other Sports Day Dads. He’s a collector’s item, because he is the arch nemesis of Competitive Dad and the only person who can leave him eating dust. The Ringer is a former or, even better, current athlete who has flown under the radar all term, eventually surfacing for sports day and ruining Competitive Dad’s life.

Whether a former footballer, rugby player, marathon runner or any other type of sportsman*, he eases to victory in the dads’ race and manages to skillfully avoid Competitive Dad’s ire by posing for a series of selfies with the other parents. Even Cool Sarcastic Dad. This makes Competitive Dad even more livid.

Are You a Different School Sports Day Dads’ Race Dad?

If you are a different school sports day dads’ race dad, let us know. Add it into the Comments below!

* With the exception of darts players. Obviously.