Schools should be ranked on exclusion rates as well as GCSE scores, say experts 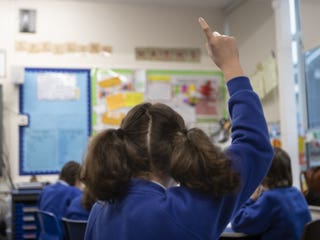 Multi-academy trusts and other groups of schools should be measured on whether they exclude or off-roll vulnerable pupils, education experts have suggested.

A new paper from the Education Policy Institute (EPI) suggests that groups of schools should be judged on a wider range of measures to check how inclusive they are of vulnerable pupils.

The report comes following widespread concern regarding the practice of “off-rolling”, where pupils have “unexplained exits” from school rolls, sometimes shortly before they are due to sit GCSEs.

The report says that the current practice of measuring school groups’ performance by focusing on pupils’ progress or the grades they achieve is a “serious limitation”, which can lead to “perverse incentives” to off-roll vulnerable pupils or exclude them.

Some high-performing schools in wealthier areas do not admit a proportionate number of disadvantaged pupils from their local catchment, the report says.

It adds that for schools to be considered inclusive, “cohorts should not become more socially selective as they move through the school”, as this would suggest that pupils with additional learning needs or from particular social or ethnic backgrounds are more likely to be excluded or off-rolled.

EPI suggests that a wider range of measures to check how inclusive school groups are should be used, including how likely a pupil eligible for free school meals is to apply and be accepted for a place at the schools, rates of repeated fixed term exclusions, and the average number of “unexplained” exits in a group of schools per term, which could indicate whether high numbers of vulnerable pupils are being off-rolled.

The attainment gap between poorer pupils and their peers within a school group would also be measured.

School groups could also be judged on whether their intake reflects their local area’s ethnic diversity, with measures introduced to explore the numbers of pupils from Black African, Black Caribbean, Asian and other White backgrounds who apply and are admitted to a school group.

Geoff Barton, general secretary of the Association of School and College Leaders, said: “The EPI is quite right to highlight that measuring multi-academy trusts (Mats) and other school groups on pupil progress and attainment alone could create problems that can lead, in some circumstances, to serious consequences for vulnerable students.

“The idea of introducing performance measures that recognise the good work that most schools do in prioritising inclusion and supporting vulnerable children is well observed and something we have already identified as beneficial,” he added.

“Unfortunately, schools often feel that performance tables are deeply unfair so it is vital that any new measure has the confidence and support of the sector rather than feeling like another stick with which to beat schools.”

Bobbie Mills, the paper’s author and a Senior Researcher at EPI, said: “The expansion of multi-academy trusts appears to be back on the Government’s agenda and we urgently need a better understanding of which Mats and other school groups are delivering good results for young people.

“There are serious limitations to measuring the effectiveness of these groups solely on pupil progress and attainment.

“An effective school group must meet the needs of all pupils in the communities it serves, which is why our paper proposes a new measurement of school effectiveness that also considers pupil inclusion.”

Kevin Courtney, joint general secretary of the NEU teaching union, said: “It’s time to think differently about which metrics are used to evaluate schools and to develop their capacity for self-evaluation.

“We know how essential collaboration between schools is to success for greater numbers of students across the system. We think this project can explore interesting questions about what gets measured and why and the consequences of these policy choices, especially for some groups of young people.

“The differential impact of disruption to learning from Covid for different groups of learners poses an enormously complicated question about what response is needed in 2022 and 2023.

“Inclusion and wellbeing should be a central goal of education so we need to develop better ways to make that a reality for students and their communities.”

EPI is seeking feedback on the proposed measures of pupil inclusion in its paper and is encouraging organisations to engage in a new consultation, which is open until March 14.

A Department for Education spokesperson, said: “School performance tables are an important tool to help parents choose the right school for their child, and to hold schools and colleges to account.

“Our performance measures, which cover individual schools and multi-academy trust data, are based on a range of information – not simply exam results.”

What do you think about schools being ranked on their exclusion rates?  Let us know your thoughts in the comment section below!