Scooting Has Changed My Life as a Parent | Sustrans Big Pedal 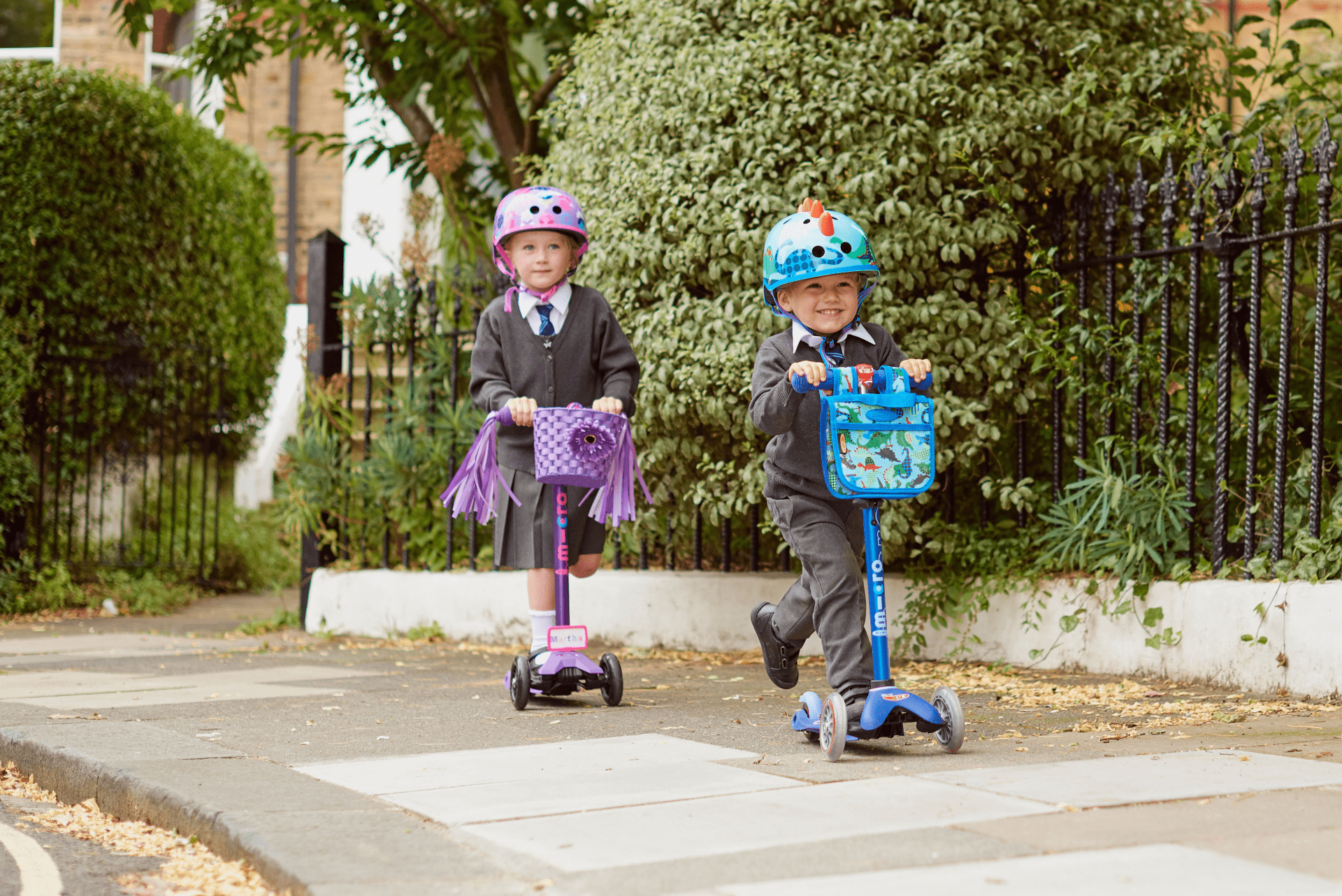 I’ve been trying to get Ted to scoot since he could walk.

I’d look across the park at those parents freely strolling around the park whilst their child, often Ted’s age or younger would gleefully scoot off ahead.

Oh, how I wished that could be us as I trudged up the hill with a 3 and a half-year-old weighing down on my shoulders.

Don’t get me wrong, I have loved carrying Ted on my shoulders and will always love it, but my shoulders haven’t.

Put that into a gym setting and all of a sudden I’m squatting 16kgs in half-hour spurts 17 times a day.

Until a few weeks ago when, for whatever reason, he decided to join the wheeled elite.

Through tear-filled eyes, I watched as he glided across the tarmac. His eyes lit up with the revelation that this was in fact and brilliant mode of transport and what Daddy had been saying for months on end was in fact true.

From that moment on, the scooter is the staple wherever we go.

What’s more, I now have my very own scooter as well. Which means we can all head out scooting together.

I love doing joint activities at the best of times; crafts together, swimming together, playing trains together, climbing rocks together etc…

But scooting has to be one of my favourites.

(Not to mention it’s completely revolutionised dog walking, nipping to the local shop and getting in and around meetings when in London.)

If you haven’t tried scooting as an adult, you are missing out. It’s that simple.

Anyway, having spoken to Micro Scooters recently, mainly about which of their adult scooters would suit me best (I went for this one) I also found out they’re sponsoring the Sustrans Big Pedal Campaign whose mission is to transform the everyday school run by getting families moving more and scooting to school.

This comes after recent reports from Public Heath England which claim that ‘nearly half of children are perilously overweight in some parts of Britain’.*

Sustrans Big Pedal, which runs from Monday 23rd April to Friday 4th May, is the UK’s largest competition of its kind. The inter-school cycling and scooting challenge inspires pupils, staff, and parents to leave their cars at home and opt for two wheels instead for their journey to and from school.

Last year nearly 1,700 schools registered to take part which resulted in savings of almost 728 tonnes of CO2 being emitted by cars and more than 75,000 gallons of fuel not being used on the school run. Parents also saved over £400,000 on fuel.

Well, I’m now a convert and will certainly be scooting everywhere I possibly can with the kids, including the school run, which in turn makes me a whole-hearted supporter of the Big Pedal Campaign.

Mark Beaumont, who holds the Guinness World Record for cycling around the world in 78 days, is also backing this campaign. I mean, if the guy who cycled around the world is backing it, it makes it a very exciting campaign to be a part of.

Furthermore, during this year’s Big Pedal 2018, pupils can track their progress on a map of the world, learning about the places Mark passed through on his trip.

“I’m delighted to be supporting the Big Pedal 2018. It’s a great initiative for getting more young people on their bikes and scooters, building their confidence and independence in a fun and engaging way. Encouraging young people to cycle and scoot from an early age not only boosts physical and mental health, it also helps build good habits for independent and active travel into teenage and adult life. I hope as many schools as possible will take part in this year’s ‘Around the World in 10 days’ Sustrans Big Pedal challenge.”

What I also love is that a whopping brand, like Micro Scooters, are supporting this too. Their founders, Anna Gibson and Philippa Gogarty, are at the forefront of a revolution in the UK. From transforming the school run, to the rise in adult scooting, the scooter brand is responsible for training over 60,000 kids a year to scoot safely. For me, it says a lot about a brand when they’re truly trying to make a difference.

And let’s face it, they’ve made a huge difference just to my shoulders!

During the campaign, participating primary and secondary schools will compete with one another to make the most journeys by bike or scooter. Participating schools and classes will be entered into daily prize draws for rewards, including bike stunt shows, if more than 15% of a school cycle or scoot on each day of the challenge.

Make sure you go to your school tomorrow and find out if they’re part of this nationwide campaign!

Find out more about other Micro Scooters Campaigns here:

Micro Scooters runs a number of schemes to promote safer scooting, support schools, and get scooters to underprivileged children.