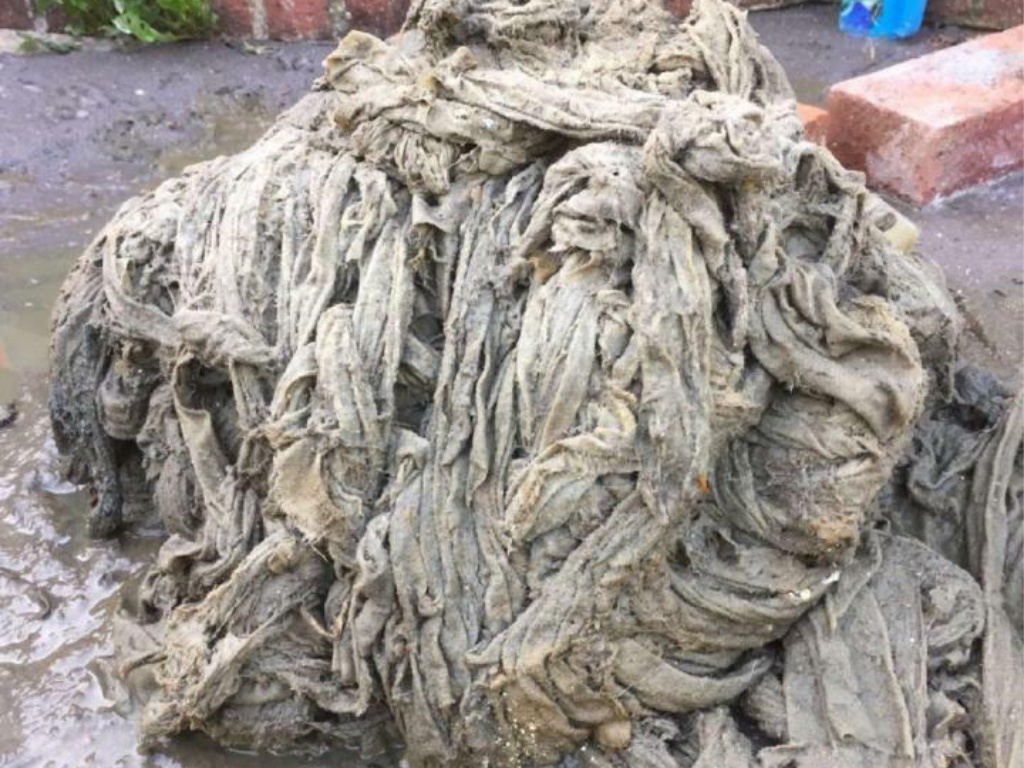 We caught up with Dan, a sewage engineer of 8 years and member of The Dadsnet for an exclusive look into exactly what damage flushing wipes down the toilet causes.

Dan is currently a supervisor for the teams that go out and unblock drains and sewers. He’s been an engineer for 8 years and has a total 13 years experience in the drainage industry.

Here’s what he had to say:

Year on year I have seen an increase in blockages and sewer floodings caused by wet wipes. These include baby wipes, make up remover wipes, cleaning wipes and many more.

Despite some manufacturers saying that these are ‘flushable’ this only means they will flush down your toilet, after that they travel down the sewer system and will eventually snag on a rough piece of pipe work or catch onto some solidified fat or grease. After this it makes it easier for the next wipe to catch and so on until the flow of the pipe is so restricted nothing can pass it.

This then backs up, forms a blockage and will eventually begin to flood out.

This flooding could be over someone’s garden, overflow into a river and cause pollution to wildlife and fish or in the worst cases (and quite common) is flooding of a home.

That could be your home!

Imagine hundreds or thousands of litres of raw sewage, faeces, sanitary towels and wet wipes floating through your home because someone flushed some wipes.

The thousands of pounds of damage and devastion caused by these is unimaginable to those who don’t see it.

But for me and my team’s this occurs a lot more often than you can imagine.

Wet wipes aren’t designed to go into the sewer system; they are made of small plastic fibres which don’t break down easily unlike toilet paper. I’m not against wet wipes at all; without them myself and thousands of people across the country wouldn’t be able to have good hand hygiene when away from a source of running hot water on sites.

What I do want people to do is take note of this. Imagine what I’ve described but in your house, all because of irresponsibly disposed wet wipes.